Learning a “Dead Language?” Why Latin Still Has Value 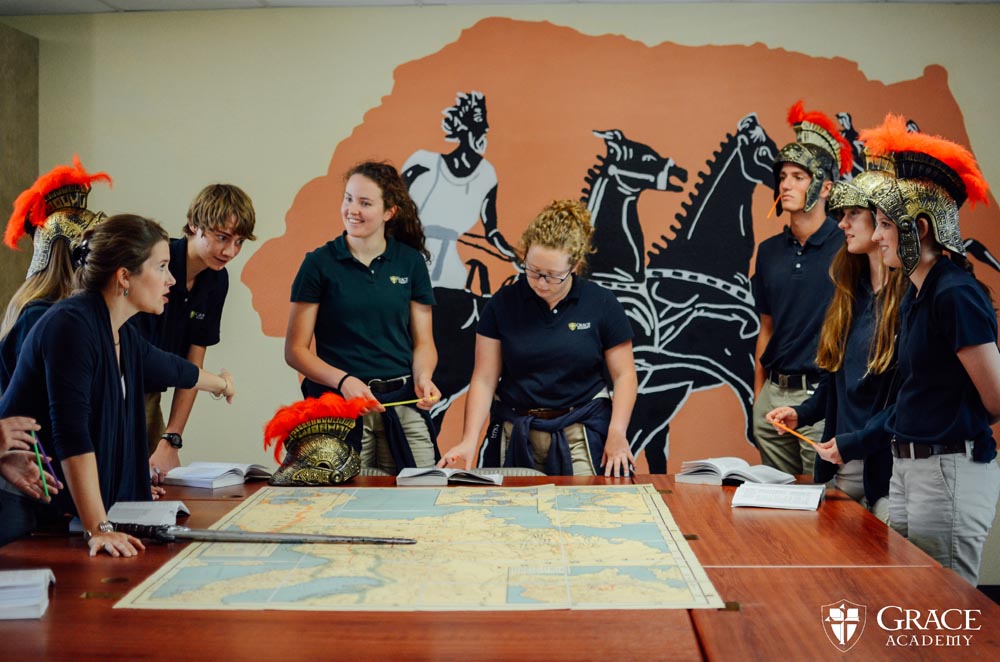 Archimedes’ famous exclamation applies to my own discovery as well. 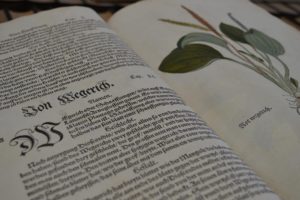 I am often asked, “So what made you decide
to study Latin and Greek?” I smile, knowing the answer is not what one might expect.

The answer to that oft -asked question is that my mother made me do it.The greater truth is that God made it happen. One day my sixth grade teacher passed out choice sheets for selecting our upcoming junior high courses. My friends and I were excited—it was a new privilege to choose classes. I was most excited about the opportunity to study a foreign language, specifically French.

At that time, I was almost certain I would become a ballerina. French would be useful for all the terminology of dance steps and routines, besides being a beautiful language. I chose German as my second alternate because my grandfather was German and had been able to speak the language. For my third alternate, the last two options were Spanish and Latin. My mother insisted that I study at least a few years of Latin. Both of my parents had studied it in high school and as a teacher herself she saw numerous benefits. I wasn’t convinced. Latin equaled dull and dreary. However, I decided to humor my mother just enough to list Latin as #3. Since it was my third choice it wouldn’t happen anyway.The school lost my form, or perhaps more rightly, Divine Providence sent it elsewhere. Two weeks before school began I was asked to fill out the form again. On the first day of school I found myself sitting in Latin class. The teacher, a sweet lady who always wore a smile, asked the class on the very first day who was taking Latin because their mother made them. I, miserable and unhappy, raised my hand. She encouraged us to give Latin a chance. We just might like it.

Over the next two years my fascination with this ancient language and the people who spoke it grew. Lacking a classical education, I had never studied anything about Rome. Here was an ancient civilization with incredible art and architecture, and amazing engineering! It occurred to me that by learning this language I might one day read firsthand historical accounts. My natural love of history was captivated. Besides, I didn’t really need to speak French fluently to understand ballet terms. ere would be time for that later. In the meantime, Latin wasn’t so bad. To my astonishment, my teacher was right.

I continued Latin studies in high school. It was there I met Susan Fugate, my mentor and the reason I became a Latin teacher. She demanded excellence and encouraged us to press on through the tough final lessons in grammar—subjunctive clauses (which made us all want to quit Latin class)—so we could enjoy reading the literature on the other side. The most remarkable aspect of Mrs. Fugate’s class, and the reason I became a classicist, was the manner in which she brought the literature to life. I distinctly remember a class in which we read a poem by Catullus about his little bean-pod boat. She brought in a large bowl of water and some snap peas so we could make little boats and oat them in the water to better understand the poet’s references. On other occasions poems became the basis of philosophical discussion as we mined the depths of the poet’s soul as revealed through the choice and arrangement of his words. Words became powerful, beautiful things.

My AP Latin class reads the opening chapter of the Gallic Wars in which Caesar describes the geography of Gaul. The reference map is entirely in Latin, so we can follow the map easily while reading the original Latin text.

I went on to study both Latin and Greek at the University of Texas at Austin. Soon I was teaching Latin to wonderful third grade students at Regents School of Austin. Here children were engaging in classical history and classical language with delight. is was my introduction to classical Christian education—and I loved it! When our eldest came of school age I knew I wanted a classical Christian education for him. But Regents was more than an hour away, and I had no idea where to begin with school searching or homeschool planning. Driving down the road I prayed out loud, “I need a Regents in Georgetown.”

The next day, as I watched my son at soccer practice, I asked the coach’s wife, Jennifer, where her kids went to school. When she responded that she had found a wonderful new classical school in the area, my jaw dropped. When I mentioned that I was looking for a classical school and had taught Latin at Regents, her jaw dropped. “On Monday we had a school meeting,”she explained. “We prayed for a Latin teacher because ours is leaving.” We both had goosebumps.

The best gift Latin has given me, and the one I never could have foreseen, was the path that led to a Christ-centered and classical education for my children.  The opportunity to learn alongside them for the past sixteen years at Grace Academy has been priceless, for when you enroll a child at one of these schools you enroll a whole family. It has been a joy to read the Great Books with them—to watch them grow in their under- standing of the world around them, their appreciation for true beauty, and their desire to know God’s truth more deeply.

KAREN MOORE is upper school lead teacher at Grace Academy in Georgetown, TX. She has been teaching Latin, along with Greek and ancient humanities, for sixteen years. She will join Tim Griffith of New St. Andrews College for a Latin practicum as part of the 2018 ACCS Repairing the Ruins pre-conference on June 20 in Dallas, TX.