Be Brave, Boniface: A Christmas Story 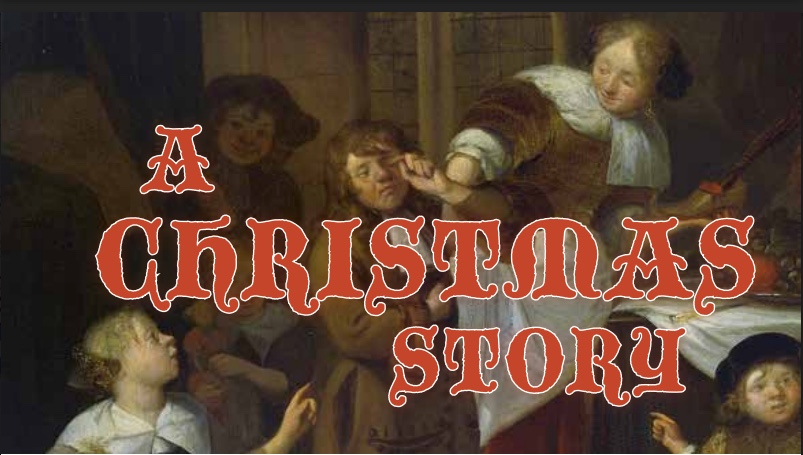 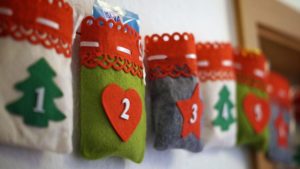 THE BROAD OAKEN TABLE in the hall of Wittenberg’s modest Black Abbey manse was crowded and clamorous as Master Luther’s students waited anxiously.

This was always a highlight of their week: part bluster and part sermon, part tale-telling and part theological disquisition—but it was a particular joy during Yuletide. Herr Doctor relished that “sweet Gospel season” from Advent to Epiphany, so his Thursday evening “Table Talks” were all the more animated and gleeful.

After clearing the trenchers and helping to distribute Katie’s renowned schwarzbier, Hans, along with Herr Luther’s other children, squeezed themselves between elbows to claim places at the table. The children and students alike snuck pieces of leftovers to the pups lying at their feet.

“It was long ago, but not so very far away,” he began in deep, dramatic tones. The room immediately hushed.

Midwinter in Frisia is oft bleak and frosty, turning earth to iron and water to stone. And so it was the year that Wynfryth of Wessex, known to us as Boniface, established his mission camp not far from Dokkum.

Several of the students nodded to one another, and prepared to be entranced. This was a familiar and favorite story.

In Examchester, as Exeter was known in the century before Alfred, a loving pastor and competent scholar lived in peace and quiet. He spent the first forty years of his life in quiet service to the church. Such was his dedication to learning, and such was the peace of his day, that he compiled the first Latin grammar written in the English Isles.

But Boniface left the comfort and security of this settled life to become a missionary to the still-savage tribes of Germania. For the next thirty years he not only proclaimed to them the gospel of Light, he portrayed to them the Gospel of Life.

Tales of his courage abound. He often jeopardized his own life for the sake of the young, the weak, the aged, and the poor, fueled by his zeal for the gospel. Indeed, it was during one of his famed rescues that his name was forever linked to our celebrations.

Traveling throughout the Danish and German coasts, wherever he went among the fierce Norsemen, he faced down the awful specter of their brutal pagan practices—which included human mutilations and vestal sacrifices. Boniface was determined to strike at the root of such superstitions.

The sacred Oak of Thor, an ancient object of pagan worship, stood atop the summit of Mount Gudenberg near Fritzlar. The hike to the top was long, and with each step word of the journey spread. Why would a strange man who did not believe in their gods work so hard to reach the top? Without hesitation, he brought his axe to the tree until it fell, for all to see. Enraged at such sacrilege, the pagans called upon their gods for immediate and thorough judgment. Nothing happened. They were forced to acknowledge that their gods appeared powerless to protect their own sanctuaries. By the hundreds, they professed faith in Christ.

Neighboring villages soon heard of a new and rash boldness against their gods that met no retribution. Three evenings later, a young boy rushed into the mission camp. It was almost twilight on the first Sunday in Advent. Between sobs he told of a young vestal virgin bound and waiting to be brutally sacrificed that very evening—his sister.

Hurrying as quickly as they could through snowy woods and across rough terrain, Boniface and the boy arrived at the dense, sacred grove as the Druid priest raised his knife into the darkened air. But as the blade plunged downward Boniface hurtled toward the horrid scene. He had nothing in his hands save a small wooden cross.

Though they had all heard this story before, Luther paused for dramatic effect, his bright eyes twinkling.

Lunging forward, Boniface thrust the cross onto the girl’s chest as the blade of the knife pierced it. He watched for a long second. The cross was pierced, but the girl’s flesh was untouched.

The pagan priest toppled back. The huddle of worshippers stared at the scene for a brief moment in complete silence. Boniface seized upon it. He told them how, on a cross just like the one he held, the ultimate sacrifice had already been made by Christ at Golgotha—there was no need for others.

Captivated by the strange story and its illustration lying before them, the small crowd listened intently to the words of Boniface. He explained to them the once and for all provision of the gospel.

He then turned toward the sacred grove, and with the sacrificial knife in hand, began hacking off low-hanging branches. He passed them around the circle, telling each family to take the small fir boughs home as a reminder of the completeness of Christ’s work on the tree of Calvary. They were to adorn their hearths with the tokens of His grace. They might even chop great logs from the grove as fuel for their home fires, he suggested—not so much to herald the destruction of their pagan ways but rather to memorialize the provision of Christ’s coming. Upon these things they were to contemplate over the course of the next four weeks, until the great celebration of Christmas.

“And so,” the Herr Doctor exclaimed with a sweep of his hand around the hall, beautifully decorated for the season by his wife Katie and the children, “came our Yuletide traditions.” Pointing to the Advent wreath at the center of the table and the Christmas tree standing regally in the corner, decorated with candles and ribbon, he reminded them:

Likewise are the garlands under the eaves and across the mantles, and the Yule log burning in the hearth, reminders of this season’s essential message. And though in the course of time his voice was eventually stilled—as every mortal’s must be—the testimony of Boniface only grew louder, surer, and bolder. And thus, to this day, his message lives on—in the merry traditions and celebrations of Christmas.

Broadly grinning, he quaffed down another flagon of Katie’s schwarzbier. And then together the whole manse hall rang out with joyous cries of, “Ein frohes Weihnachtsfest! Blessed Christmas!”

GEORGE GRANT served as an assistant to D. James Kennedy at the Coral Ridge Presbyterian Church and taught at Knox Theological Semi- nary. He founded the King’s Meadow Study Center and Franklin Classi- cal School in Franklin, TN. He is the author of more than 60 books and hundreds of articles, and currently serves as pastor of Parish Presbyterian Church (PCA) in Franklin.