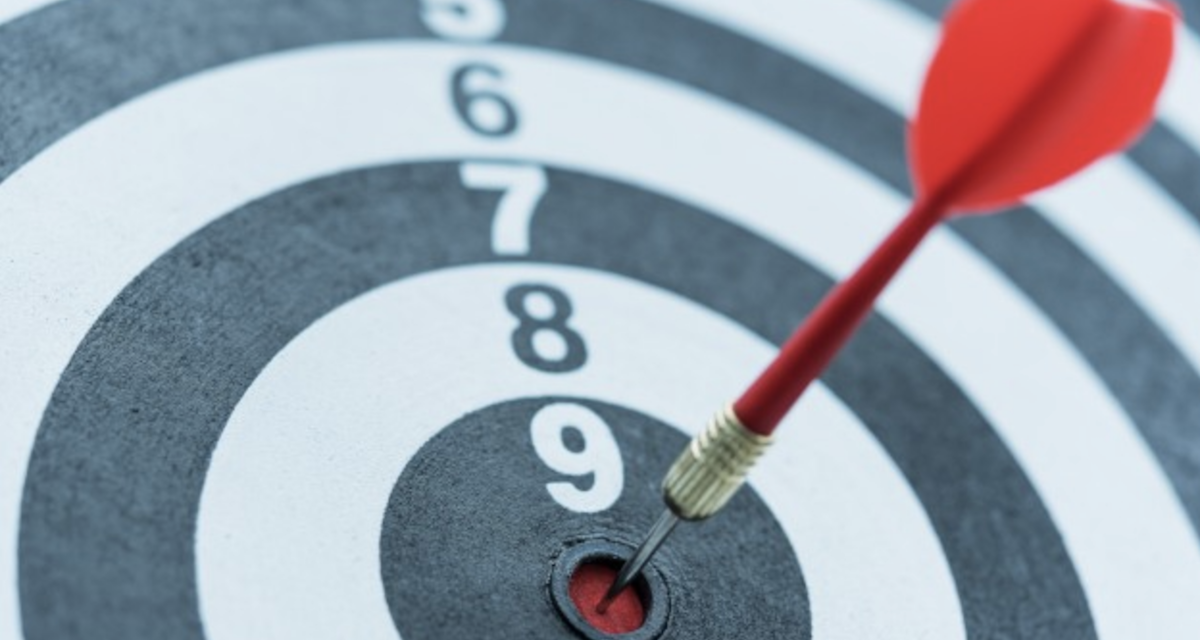 See more in The Stacks.
Please note that the views expressed here do not necessarily reflect the views or policies of the ACCS.

Accuracy can be used to obscure Truth. As the saying goes, “There are three kinds of lies: lies, damn lies, and statistics.” In our age dominated by belief in scientists, accuracy itself has become the standard of truth. But this has led us into many pits.

Accuracy is defined by Google’s online dictionary as “the quality or state of being correct or precise.” Another definition indicated as “technical” is “the degree to which the result of a measurement, calculation or specification conforms to the correct value or to a standard.” Accuracy is only possible in the presence of a Standard. Without a Standard, Accuracy is nonsensical. Accuracy is only available where a measurement can be made. It is impossible to make accurate statements about something that is unmeasurable.

If I’m making chili and the recipe calls for 1/2 farkle of cayenne red pepper, I cannot know if my amount of cayenne pepper is accurate because “farkle” is a meaningless standard to anyone.

Fortunately, a teaspoon is a known standard and I can know if I have an accurate 1/2 tsp of cayenne pepper.

It’s true that my chili is awesome. Who inquires whether my teaspoons are accurate? Chili is one thing; God and other unseen unmeasurable Truth is another. When Truth is demoted beneath Accuracy, it’s one more obstacle preventing our society from thinking straight about God.

Truth is defined by Google’s online dictionary as “that which is in accordance with fact or reality.” It’s the first search result—showing how our society’s systems are used to reinforce poor thinking. That definition sets us up for Truth to be the slave of Accuracy. Miriam Webster gives the age-old definition: “the body of real things, events and facts; a transcendent, foundational or spiritual reality.”

Accuracy is assaulting Truth in our society. Christians’ failure to identify this has impaired our younger generation as they march through their schooling. It has opened floodgates of Doubt for those who couldn’t contest the authority figures in our society—teachers, media, and people thought smart like professors, who constantly cram Accuracy down our intellectual throats as the arbiter of all Truth.

By accepting the boundaries of Accuracy, the Church of the 20th Century was painted into a corner with the god of the gaps—the theological dead end where the concept of God was needed because accuracy and measurement were impossible. The fervent speed and expansion of our scientific standardization and instrumentation has nearly painted that corner out of existence. Accuracy has expanded its dominion and there are fewer gaps in our direct experience of the universe where God, or His kingdom values, are needed to explain or manage our reality.

Once a person could look at the stars and marvel at what God did. The child of Accuracy’s dominion looks at them and thinks of Hubble.

Dr. Colin Brown laid out an excellent survey, in his 1969 book Philosophy and the Christian Faith, showing that Christian-motivated philosophy has for 1,000 years sought to prove our faith without Scripture’s revelation—by reason alone. That 1,000 year heritage set us up for the Supremacy of Accuracy, for the demotion of Truth to grandchild status. For if something can be proven by reason alone, it cannot be transcendent.

By definition, the word “transcendent” means that which defies measurement and therefore cannot be demoted beneath Accuracy. It is defined as “beyond or above the range of normal or merely physical human experience; existing apart from and not subject to the limitations of the material universe.”

If our biblical faith asks anything of us, it at least asks this: to believe Truth is superior to Accuracy.

Accuracy requires a standard. So does Truth. The critical difference is this: the Standard behind Truth is God Himself and what He says is True. It is this which makes Revelation necessary to know Truth. The Standard behind Accuracy, in contrast, is a Standard of our own creation.

Create we should, made in God’s image as we are, an image which clearly contains the previous 6 days’ abilities. But to create Standards and elevate them above God is rebellion. “Did God say…?”

Which takes us to our first rebellion, the biblical narratives beginning in Eden. God prohibited, at least temporarily, “the fruit of the Tree of the Knowledge of Good and Evil.” Clearly this is a tree of Standards. He didn’t prohibit the Tree, as Eve stated—simply the fruit. God warned them: “in the day you eat of it, you will die.” God said this, and Truth is what God says.

Satan disputes this statement as inAccurate, and suggests that as a result it is unTrue. Immediately upon our creation, the war of Accuracy upon Truth is mounted. Satan was Accurate: their bodies did not cease to function.

But can anyone deny that deathfulness was unleashed into their lives? The continued physical existence of 900+ years was death itself. They were exiled from the Tree of Life. The animals Adam had named and possibly conversed with were killed to replace their fig leaves. Their own firstborn murdered their second born son Abel, and was exiled beyond their reach. In the biblical chronology, they witnessed nearly all human history prior to the Flood: everything that God described in Genesis 6 as the Flood’s justification. Can anyone seriously think that Adam and Eve argued afterwards about the accuracy of God’s statement, “in the day you eat of it, you will die?”

Satan and his forces continually use Accuracy to obscure Truth. He was Accurate also to say, “For God knows.” He was Accurate to state, “you’ll become like God, knowing Good and Evil.” God Himself describes them thus, as the justification for exiling them from Eden and the Tree of Life.

That’s why we can’t fall for Accuracy’s Supremacy over Truth. Satan’s Accuracy sneakily introduced a foreign Standard into Eden and into their thinking about God, and they fell for it. That Standard is, “what’s best for me?” Satan uses Accuracy under that Standard and implies that God’s answer to that Standard is keeping them ignorant and unlike Him. Satan uses that Standard, in the guise of Accuracy, to seduce them to escape God’s limits and eat the fruit as the best action for themselves.

In hindsight, a careful reading of their creation and their garden home unveils God’s 26 separate provisions essential to human thriving. Had they reflected on it, they could have recognized Satan’s malevolent Accuracy and declared him wrong that God didn’t want their best. Were the freshly created pair as gifted in logic as in naming animals, they could have identified the sneaky Standard itself: ”what’s best for me?” They did not.

God reveals in Scripture that Christ was crucified before the foundation of the world. God set this up, in other words. He put this tree right next to the desirable one, right in the center of the garden, and gave it a name certain to inspire curiosity. Everything Eve saw in the tree was Accurate; Genesis 2 specifically states that God has made the tree that way. And God included the crafty serpent in the garden. We might have exiled the serpent from the outset and spared ourselves the trouble.

This crafty serpent used his sneaky new Standard, “what’s best for me,” to obscure the Truth and to manipulate their actions. And his efforts came to a head in the 20th Century as never before. This same spirit of Accuracy pervades all our training, through school and elsewhere, for responding to science.

I propose three elements to a biblical response to science. First, Truth is what God says it is. The supremacy of God requires this belief. The supremacy of Truth over Accuracy must be crystal clear in all our Christian education. Romans 3:4 says, “Let God be true, and every man a liar.” Why is it hortatory? Because it is a spiritual submission on our parts to believe this principle: Truth is what God says it is.

Second, Identify the Standards we created, upon which Accuracy operates, before accepting the verdict of Accuracy. Accuracy is the expression of the Standard enabling it, but as the saying goes, “garbage in, garbage out.” What’s true of computer programming is true of Accuracy: it is only as True as its Standard.

For example, I’m skeptical of carbon dating and its use for the age of objects. True, in controlled lab experiments, the rate of nuclear decay in carbon can be measured. But to use the data of controlled lab experiments and make that the Standard of the age of Everything is quite a leap. The lab experiments occur in the lifetimes of a human; how certain can we be that the decay rate has been stable for the lifetime of Earth? The Standard is derived from human observation of small objects within our manipulation; how can it be assumed to apply to Large objects beyond our manipulation?

Third, Truth includes accuracy. The two qualities themselves are not enemies, although the spirits behind them are—thus my use of first letter capitalization. We simply don’t swallow proposals of accuracy hook line and sinker. We submit them to Truth, namely, to What God Says.

With these three principles, true scientific inquiry opens up for us. Science presently occupies a position in our society similar to that of the pagan gods, and functions similarly: institutionally maintained gods for whom we sacrifice, in hopes of controlling our lives’ many uncertainties. But the scientific method itself is a Christian invention, based on a biblical worldview.

The rise of political correctness in today’s scientific communities reveals their contempt for true scientific inquiry. The current flashpoint for this is the debate on man’s role in climate change. “Climate deniers” are persecuted as iconoclastic heretics when they question the validity of conclusions based on flawed assumptions used in climate models. Politically correct “scientists” are okay with “garbage in, flowers out.”

When Accuracy rules over a demoted Truth and the opinion-makers themselves create the Standard of Accuracy, they are essentially ordaining themselves with the right to say what is True: the very definition of rebellion against God. And using that self-ordination, they wage war to enthrone their Standards and their Accuracy over Truth. When the final war arrives, their foolishness will be evident, as was Lucifer’s foolishness in the first war, the War in Heaven.

The acceptance, the practice, and the crystal clear transmission of the above three principles disarms the control of Standard-makers. These principles equip us and our children to make accuracy the derivative of Truth, by founding Truth on What God Says, not on our Standards.

People who love Jesus Christ can be the best scientists, and the most productive in use of the scientific method. We are filled with the Holy Spirit of God. Is there any accurate knowledge He cannot share with us, if and when He chooses? God’s retort to Job clearly answers this: no, there is not. Loving and welcoming the Holy Spirit of God brings us into the bedchamber of all God’s mysteries.

Paul Renfroe is an ordained minister of Christian International and a professional life insurance agent. His first career was as campus staff with InterVarsity Christian Fellowship, and since has served as Board Chair for the Bodine School and helped found Westminster Academy of Memphis. He now lives in the Florida Panhandle and attends Vision Church @ Christian International where he is completing his doctoral course work.