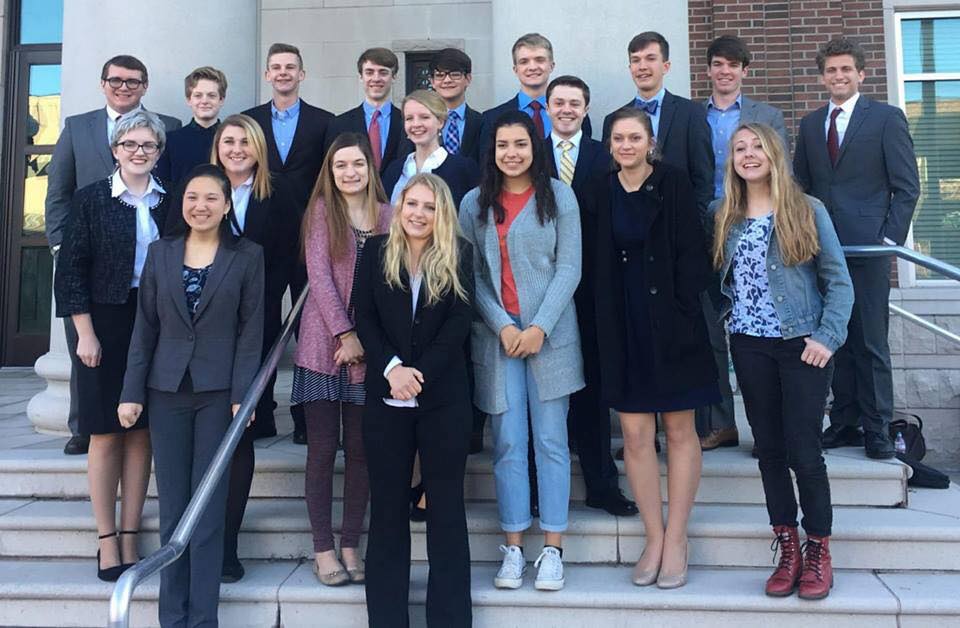 The council members of Maury County, where Agathos Classical School has resided for 16 years, recently honored the Agathos mock trial team with a standing ovation. Everyone seems to be honoring Agathos for their championship victory in this year’s national tournament.

According to a report in the Daily Herald, Agathos competed against “North Dakota, Illinois, Massachusetts, Georgia and then a championship round against Nebraska.” In fact, they lost only one ballot throughout the entire competition.

A Shocking Fact About Agathos

The report at the Herald noted one shocking fact about Agathos. They have less than 300 students at their institution!

How could a team from a small Christian school of less than 300 students ascend to national prominence? How can such a small school beat out other public and private schools who likely have larger student populations and, if they are private ones, charge for higher tuition?

Is Agathos Classical School moonlighting as a youth program for the American Bar Association?

So, Where Does This Success Come From?

For all of their success in the courtroom, good argumentation in a courtroom is only incidental to the success of Agathos students.

As we have noted before, “Mock trial is popular among classical schools not for the ‘legal’ value, but for the rhetorical opportunities.”

For these students, mock trial is an avenue to hone and practice the talents they acquired through years of studying logic and rhetoric under a classical Christian curriculum.

When you become the best at something, it tends to be incidental. It is a pre-disposition to something you have been trained to excel at for other reasons.

Think of it this way…

Why do all of the best marathon runners come from one small tribe in Kenya? It is ingrained in the tribal culture to foster a spirit of cardio endurance–something that happens to make for excellent marathon runners.

So, why do many of the best mock trial students come from the small but growing movement of classical Christian education? Rhetoric and logic are part of our educational DNA–something that will only become increasingly apparent as the movement grows.

In the near term, the full story of Agathos will be featured in the forthcoming issue of The Classical Difference. Be sure to order your subscription to the magazine today!