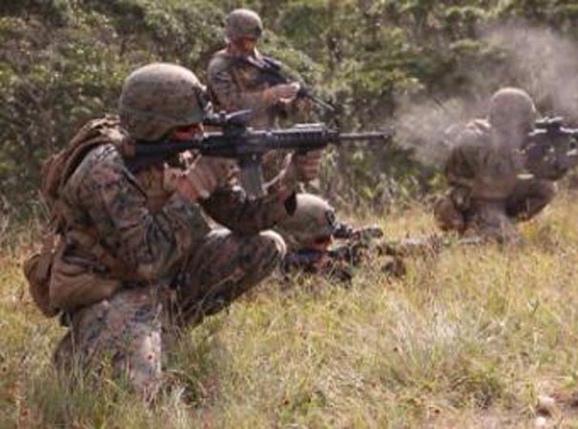 Classical learning on the front lines 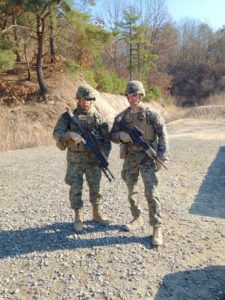 My classical Christian education started in the 4th
grade at Ad Fontes Academy. As a sophomore—which can appropriately be translated as a wise fool—I decided life would be better at my local public school. That was an eye-opener. I was back at AFA by the second semester of my junior year. Ten days after I graduated in June of 2012, I left for boot camp at Parris Island to live out my childhood dream.

Because I was classically educated, some people viewed my choice to join the Marines as a waste, especially since I joined the infantry. Initially, my goal was to be a Christian witness among enlisted warriors, and even I thought my education would not help me much in a ground combat job. I was wrong. Now that I am out of the Marines, I can see how my education helped me during my four years of service.

My senior thesis was on Augustine’s Just War theory applied to American military actions in Iraq and Afghanistan. I was very sure of my advocacy then, but the longer my boots were on the ground, the more I learned that the answers to complex dilemmas are not always so simplistic. The depth of thought provided by my education helped keep me grounded during times of stress. (Note from the editor: How many Marines on deployment write home requesting Eusebius’s Church History for a relaxing read?)

The biggest surprise was how practical it all became once I left the classroom. There were numerous occasions in the Marines where the lessons I learned throughout my education stood out in very tangible ways. Who knew those war battles my history teacher loved to have us reenact actually taught both strategic and tactical logic? But the most notable skill was public speaking. My school prepared me to formulate arguments and present them clearly. It probably doesn’t take too much imagination to realize how beneficial this can be in the field.

As a squad leader overseas, I had numerous responsibilities; one of those was writing combat orders. Whenever my squad was ordered to go on a foot patrol, for example, I had to plan the route as well as write an order containing information about all the tactical possibilities. I then briefed my squad, and usually a couple officers if they decided that they wanted to listen in. Though there were some squad leaders who gave great briefs, many others seemed to struggle in ways I had overcome by high school.

As an instructor during my last year of service, I was responsible for numerous classes and taught hundreds of students. My entire job involved speaking to large crowds, whether it was in a classroom or in a practical application setting. Going through the junior and senior theses pro- cess at AFA made me comfortable in front of people, and that skill clearly carried over to the Marine Corps.

Since graduation, I’ve had the privilege of walking beside true heroes and was blessed to have a place among a group of men I can call my brothers. The Marine Corps, and the entire United States Armed Forces for that matter, is a diverse environment consisting of men and women from every state and from every walk of life. Each person I knew in the military had something unique about them. My distinctive was my education.

 ”We few, we happy few, we band of brothers…” -Shakespeare, Henry V