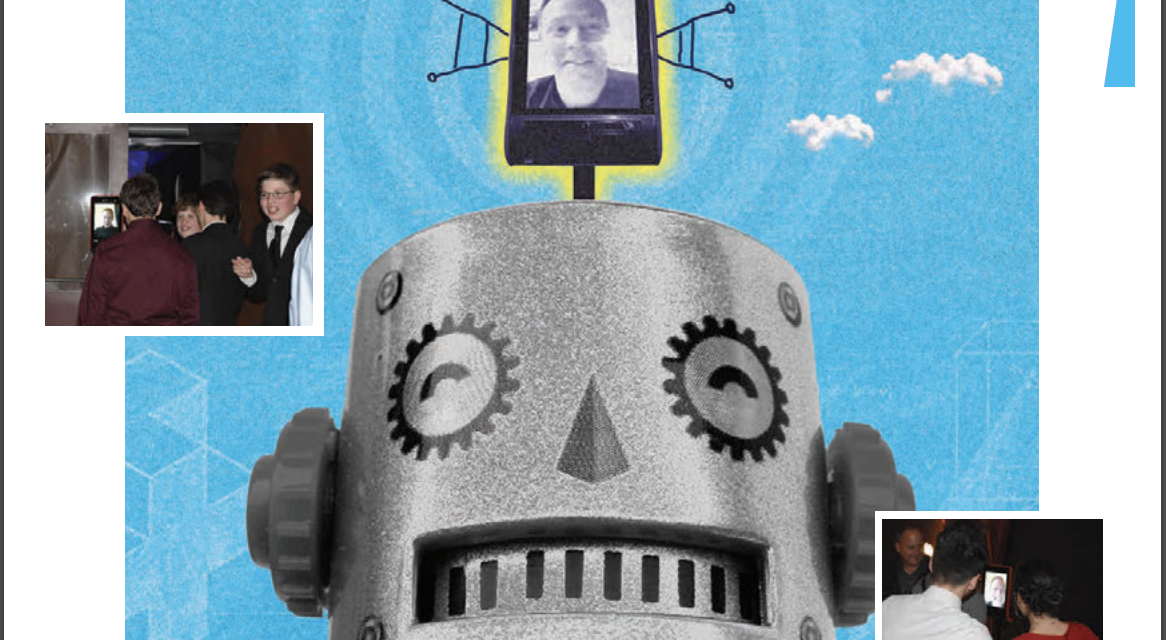 A robot whirs through the hallways of a classical Christian school. In the back of the class, it observes teachers; it stands sentinel at the morning ceremony; it greets prospective parents. Could this be:

a. The beginning of an 8th-grade boy’s writing assignment?
b. A terrible invasion from another planet?
c. A desperate school board’s attempt to cut costs by automating the administration?
d. An overreaching state government’s attempt to make really sure that Covid protocols are being followed?
e. Wendell Berry’s worst nightmare?

The answer is actually none of the above. It is Dr. David Stanton, the Head of School at Oakdale Academy (Oakdale, MI), answering the call that God has placed on his life in one of the most creative ways ever witnessed in classical Christian education. One more thing: Stanton currently resides at an undisclosed location somewhere in the Middle East. Each day he answers the call to lead Oakdale from across the globe.

Oakdale Academy has faced many of the same issues common to our schools, and others that are unique to their situation. They are a school of around 120 located about an hour north of Detroit. They, like other schools in Michigan, have faced severe economic disruptions because Michigan’s economy has been a roller coaster for more than a decade. Their board has been challenged to find the right leader for the school. Then they found David Stanton.

Mike Sias, Oakdale’s board chairman said, “With David, we felt that we found the right man to take our school to the next level.” Everything looked bright and David took the job … just as Covid hit.

He successfully navigated them through the storm to reopen safely, and in person, in the fall, while many schools were shuttered. Sound familiar?

Oakdale made their plans and courageously reopened in the fall, but then, shockingly, they faced what might have been an even bigger challenge. Stanton is a Commander (CDR) in the reserves who specializes in naval intelligence. Early in the school year, he received news that he had been called up and assigned to a position in the Middle East … for an entire year. Sound familiar? Probably not!

The board was not content to lose this Head of School who they felt was an answer to prayer. Just then things got really creative. They recognized this: Stanton’s daily military commitments on the other side of the world ended around the time Oakdale’s day started. Because of Covid, Stanton’s responsibilities after the workday is done are limited. “Basically, I just come back to my apartment alone and have nothing to do until work starts the next day,” Stanton noted. Then it struck them, “What if…?” What if the Head of School that they loved could answer both callings at once? Today, they have the best of both worlds.

There have been glitches. The robot tipped over once and the screen was cracked needing maintenance, but mainly it has been wonderful. “I love it,” beamed Stanton, “Of course, it is not the same. I long to be back home with my family and my students, but I am so thankful that we came up with this creative solution.”

As we have seen through Covid, God blesses us as we faithfully move forward. He blesses when we trust Him and walk forward in the face of opposition, obstacles, and challenges. He blesses as we answer His call. That is the story of David Stanton and Oakdale Academy—a school and a leader who answered the call. ✤

“Early on during my deployment I went to Oakdale’s homecoming dance. As anyone who really knows me can attest, I am not a very good dancer, but I think I was a hit spinning around in a circle with the robot. Everyone was smiling and having a grand time together. It was a great memory.”

Q: What drew you to Oakdale Academy and classical Christian education (CCE)? 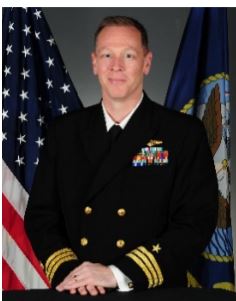 A: Though I would not have been able to quote Dorothy Sayers or Doug Wilson, I was trained in a classical approach throughout my own education. Certainly, a great deal of that training came from my undergrad days at Hillsdale College. More of it, though, came from seeing what was going on in education and just knowing it was not how it was designed, and something needed to change.

Can you tell us more about your military job and when you were called up?

As a Navy Reserve officer, I command a unit for the United States European Command and we perform our monthly weekend service in Dayton, OH, at Wright-Patterson Air Force Base. I was deployed one other time to Kabul, Afghanistan, in 2007.

Currently, I am deployed to the Middle East and serve as an analyst on a team that performs assessments of our national and maritime goals in the region. I also work to mentor junior officers and prepare and test them for the potential to take command.

How exactly does being a remote headmaster work?

From a logistical point of view, I still hold all sorts of meetings and teach my senior thesis class. But what this experience has ultimately done is remind me how important the task is for those of us called to work in classical Christian schools. Almost everything we do is countercultural, goes against the grain, and would be ridiculed by a good swath of the public. Despite it all, we have the calling, and the honor, to stand in front of our students and train them to serve God.

Can you tell us more about the robot?

It is basically a tablet with wheels. I control it from my computer or smart phone. I can point and click where I want to go and I just get there without crashing into anything (that was the guarantee from the company!). This type of robot is actually used for medical schools and hospitals to bring in other physicians on consult, and for companies who are doing more remote work.

There are names galore for the robot—not to mention ideas about how to decorate it. I heard “Robo Dr. Stanton” recently. I think the kids like the idea that I am still around and visiting them. It gives them a sense of normalcy, which is more important this year in so many ways with all the restrictions that have been endured.

Is it difficult to switch between jobs?

In many ways, the two jobs are completely different, but in many ways they are very similar. Walking (or driving with my robot) through Oakdale, I see that our battlefield in school is a spiritual one, though, and just as real as the potential battlefields here in this part of the world.

Many of the things I do in both jobs rely on leadership training, skills in interacting with people, and the ability to research problems to come up with or offer solutions.

In both jobs, I have to learn continually the power of communication, knowing my audience, and remembering that I am serving Jesus first and foremost.

One other quick similarity—uniforms of course!