How school gave him an unfair advantage

Back in 1981, Logos School opened its doors with 18 students. It would become one of the first ACCS schools and start a nationwide movement.

An early alumnus of Logos School, Nate Wilson credits that day for starting him on the path to a career as a successful creator of both books and films. His most recent work, the nature documentary The Riot and the Dance, was released in theaters across the country. We asked Nate a few questions about work, imagination, and classical Christian education.

❶ Describe the impact classical Christian education (CCE) has had on your career as an author. 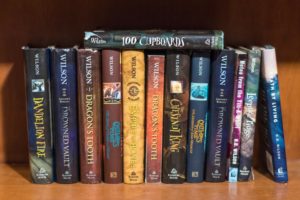 I couldn’t possibly describe my career as an author without my K–12 CCE experience at Logos School (in Moscow, Idaho), as well as my undergrad at New Saint Andrews College. I’m in the business of imagination, but I can’t imagine what my brain would be like without Latin and logic, ancient history and mythology. The education I received so thoroughly shaped my imagination and linguistic abilities, that not one of my books would exist without it.

❷ How valuable are stories?

Stories catechize imaginations and impulses. Reading classical literature in high school gave me a glimpse into another (and quite fantastical) perspective on the world. In college, as my worldview expanded and integrated various points into one cohesive whole, it dawned on me that Homer’s perspective on reality might have been accurate at that time. Or, at the least, more accurate than the way we moderns project our materialistic atheism back onto that time.

Reading Homer taught me how the ancients read the world around them. Our stories do the same. What do we yearn for? What do we love and honor and desire? Our stories reveal everything about us culturally because they both shape our loves and loyalties and bestow cultural honor on certain things and condemnation on others (just like Homer and Virgil and Ovid did). All this to say, stories are the Walter Mitty-like daydreams of a culture. And what says more about your desires than your daydreams? I value stories as both the portraiture and the leadership of a culture’s dreams.

❸ How did CCE instill a sense of wonder?

The classical model does not intrinsically instill wonder in any way. But a truly Christian vision of the world that doesn’t provoke wonder, isn’t Christian at all. The breadth of a classical curriculum, mediated through distinctively Christian instruction, should kick down the walls of modernism and materialism that restrict the imaginations of students in our own time and place. And that is what happened to me. How could any of us see God’s incredible artistry in every facet of reality, and within every educational discipline, and not be filled with wonder? 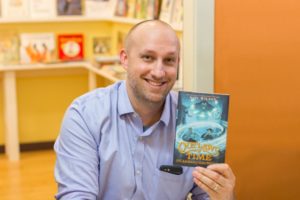 ❹ Is the value of CCE primarily for those already literarily inclined? Is there any benefit for those who are more analytical and STEMdriven? Can it really be for everyone?

We aren’t prophets, and we don’t do student palm-reading. The goal of CCE educators and schools should be to prepare students for their futures, wherever those futures might take them. Becoming broad and versatile humans will benefit any student, regardless of their future calling. I might offend some people here, but trying to let the proclivities and gifts of a particular student govern or guide the subject matter of their course of study is the height of parental and educational folly. We should be growing strengths, but constantly targeting weaknesses. Imagine having a child with a particularly large nose, and after some discussion with experts, deciding to focus entirely on trying to grow that nose larger. The example is farcical but fair. STEM-driven students particularly need to be pushed and grown with literature and history and rhetoric, just like the more literarily inclined need to be pushed with STEM. The timid need sports, the jocks need the life of the mind, and so on. All of us are made in the image of God and need to work to image Him as broadly as we possibly can.

❺ Tell us about the intention behind The Riot and the Dance.

For far too long, we have let the materialists be the curators of God’s work in our culture. They might film things beautifully, but they do so while proclaiming that everything we are gazing upon is completely meaningless and came into being without an artist of any sort. Our goal for this production was to do the exact opposite—to celebrate creation and its meaningfulness as the work of our divine Father. Of course, we wanted to honor Him both with our words and with the cinematic quality of our work. It has brought us a great deal of joy, traveling His world and touring His living museum with an eye to bring back what we captured for Christian families who want to know their Father better through bearing witness to His works.

I’ve also been thrilled by how many people assume that we didn’t capture these images ourselves. We’ve been asked a number of times how we were able to license so much great footage (from assumed secular sources). The answer: we didn’t. We chased these things ourselves and learned a great deal about our Father in the process.

❻ What role did your education play in the development of this film?

CCE played no direct role in the making of this film. But indirectly, the role is immeasurable. How does one extract one’s education from one’s work? Our crew was primarily made up of graduates of Logos School in Moscow, Idaho. And every single producer is currently involved in CCE in some capacity. So, CCE shaped the people who shaped the film—from my own writing and direction, to camera operators, to sound capture, to production, to the initial editing.

I would tell parents that CCE should not be approached as a great way to get college scholarships and that no CCE school should be treated as a prep school. We are not feeder programs for institutions of higher unbelief. Our children and students should be striving to better love and image God with all their hearts, souls, bodies, and minds. The opportunities and disciplines of CCE provide fantastic opportunities to do just that.

But CCE also gives students something valuable to squander. In a very real way, I think of every CCE grad as a trust-fund kid. What will they do with it? Do they comprehend what they’ve been given? Are they going to slack off and waste the educational wealth they’ve received? Or are they going to break a sweat and consciously serve God with it?

Our culture has fallen so far that CCE grads have a bit of an unfair advantage. Which means that we can slack off and still win sometimes. But that’s not what God wants from us. As for the disgruntled student: Oh, cry me a river. Suck it up and read Classical Me, Classical Thee, written by a CCE grad (my older sister, who also happened to be the impetus for the entire CCE movement).