If you could peer into the future of America’s culture you will likely see Canada today. Canada has moved aggressively and quickly away from its early Christian foundations, which were arguably more substantial than in the USA. Today the politically charged culture has exerted enormous influence on public education, and put tremendous pressure on students to conform to the new moral standards. Scott Masson has served as a university professor and urban pastor and is now putting his full energies into founding classical Christian schools, as one of the critical antidotes to a culture gone mad. 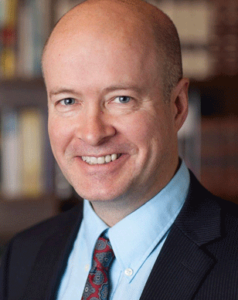 Dr. Scott Masson has written widely in his areas of research interest in British and European Romanticism, poetics, intellectual history, literary theory, cultural apologetics, education, and hermeneutics. He is an associate professor of English at Tyndale University College and Seminary in Toronto, Ontario.

He is a member of the Upper Mohawk band, and promotes truth and reconciliation as vital aspects of his life calling.

Dr. Masson served for years in urban pastoral ministry in Toronto and is a regular conference and campus speaker, as well as appearing on television and radio.

He was the founding Board Chairman of Westminster Classical Christian Academy in Toronto, and remains involved in advancing classical education in Canada.

Scott is a proud husband and father of two.

Scott is a solid leader, and has an ability to discern the cultural trends. His concerns are valid, and not simply inside a Canadian context, for as he reminds people, these are macro public trends that are occurring all over the educational landscape…