History’s Most Powerful List: What it Teaches Us Today 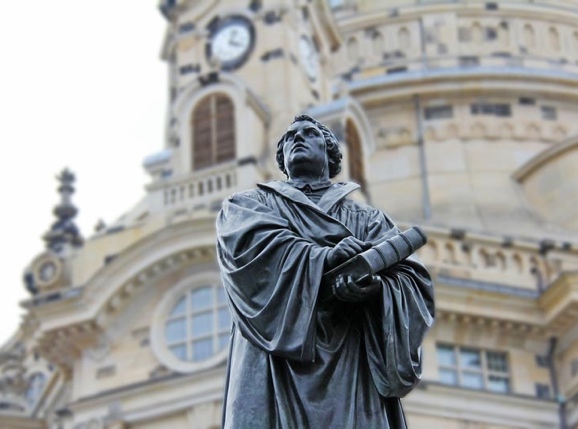 THE PEN IS MIGHTIER
MARTIN LUTHER’S THESES OF PROTEST 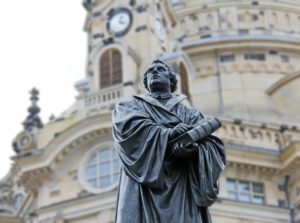 We don’t often have to protest against religious persecution in America—especially not through the written word. We don’t live in an era of intense physical persecution requiring constant vigilance. The freedom to worship God is a privilege many take for granted.

Five hundred years ago, on October 31, 1517, Martin Luther became a household name, and a denomination, by writing a list. It was a long list—95 declarations or debate topics to call the Roman Catholic Church’s (RCC) attention to the issue of indulgences. Indulgences bought salvation or reduced the amount of penance a loved one would have to perform in purgatory. Indulgences could be actions like pilgrimages or could be purchased slips of paper. Luther was fed up and declared his outrage through the written word. If students at classical Christian schools think their senior thesis is bad, remind them that Luther did this without a keyboard and with no hope of getting a good grade.

This rebellious act, this public outcry against an earned forgiveness, warranted Luther several meetings and a hearing. He was ultimately excommunicated from the RCC through a meet- ing of the Diet of Worms, but continually fought for religious freedom by turning to the Scriptures for his support and basis of reasoning. He had learned that salvation and forgiveness were freely given and unable to be earned, and he believed the pope had no role as a mediator—only Christ could do that.

Luther’s 1517 act of nailing a list of 95 allegations to the door of a church is countercultural in its own right. He was willing to use the tenets of logic and rhetoric (and I’m sure grammar) to make his point.

Classical education is all about pursuing and then defending truth. This means using the written as well as the spoken word to communicate Scriptural foundations and then stand by them. Sometimes this means nailing papers onto doors (students, maybe don’t take this literally), and sometimes it means being rejected by dominant schools of thought. All Christians—students included—are called to be “… as shrewd as snakes and as innocent as doves” (Matthew 10:16).

Luther paved the way for Protestants to support their own understanding of Scripture. He also exemplifies what a classical education hopes to instill in its students—faith grounded in truth and covered in grace.