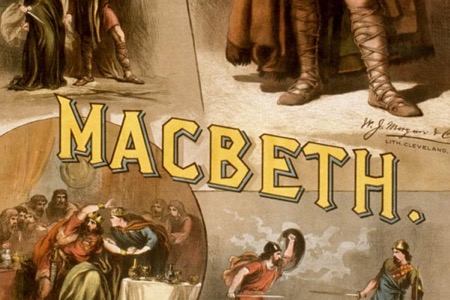 For Shakespeare the game is up.

With his death on April 23, 1616, at age 52, there was a sea change in our language. Tis high time we appreciated his gift. We don’t know if he had a heart of gold or was the Devil incarnate, but we do know that what’s done is done, and he did it well.

When one thinks of Shakespeare, in one’s heart of hearts, star crossed lovers whispering soliloquies with bated breath from ledges come to mind—at least, in my mind’s eye. Perhaps you see flaming youths with murderous bloody weapons, and antagonists fighting to the last gasp.

But one thing is a foregone conclusion. When it comes to Shakespeare, no one’s book of memory is dead as a doornail, but rather is alive with images of improbable fiction, and that’s because his writing has done more to gild the refined gold of our language than any other. Contributions of nearly 1700 new words, countless phrases, and lustrous imagery make Shakespeare a tower of literary strength. It seems that some are born great.

Interestingly, he is often described as a poet. We might not think of poetry as the end all and be all, but let us shuffle off this mortal coil and consider Poetic Truth–a theme that permeates classical education. Stories. Metaphor. Things unseen. The sense that time is out of joint, that our lives melt into thin air, that the world has neither rhyme nor reason, but that someday we will find perfect Truth, Goodness, and Beauty–such stuff as dreams are made on.

It’s hard to define Poetic Truth, let alone see its influence in real life, because it’s Greek to us. It most definitely is not a household word. It makes its own point, and it would take too long to discuss it here. Let’s just say that Shakespeare conveyed profound ideas in one fell swoop and simple ideas as swift as a shadow. He helped us understand and communicate the infinite space of the unexplainable—the mystery of things that go beyond words. Smooth runs the water where the brook is deep.

Fare thee well, Shakespeare. What’s past is prologue. We hope you are in a better world than this.

NOTE: Italics indicate phrases penned, and ushered into our language, by Shakespeare.