Changing the Face of Education 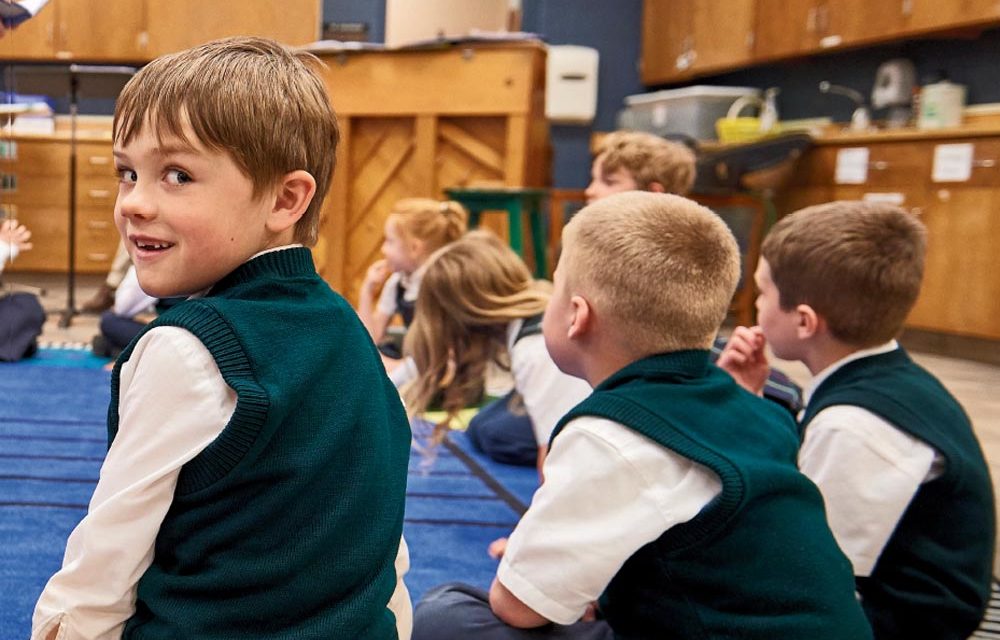 As part of the application process for a teaching job at Covenant Classical School in Fort Worth, TX, David Diener was asked to teach a freshman history class. “On what?” he asked. “Well,” replied the teacher, “this year we’re doing medieval history and I feel like I didn’t do a good job on universalism vs. nominalism in scholastic philosophy. So that would be great.”

“Is this a joke?” Diener thought. “These are ninth graders, not graduate level philosophy students.” But he responded, “Sure.”

Ironically, a classroom at a K–12 school was not where Diener expected to be. With a dual PhD in philosophy and philosophy of education, his vision of “the good life” cast him as a professor, not a secondary teacher. Classical Christian education (CCE) was still a fairly new idea to him. Over the past few years, he had become involved with some organizations in the movement, and he figured checking out a K–12 teaching position could be a good learning experience.

He was clear with the headmaster that, based on the job description, he probably wasn’t interested. He and his wife, Brooke, kept a detailed list of job opportunities, along with notes on the current status and their impressions. This job didn’t get a “No” mark. It got erased entirely. Diener notes, “I found out later they weren’t really interested in a PhD for this position, either.” 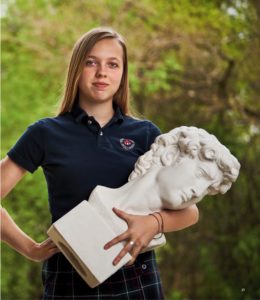 Right before his day in ninth-grade history, Diener completed a similar day of teaching at a Christian university as part of his application process for a professor position—his first career choice. He remembers, “The students weren’t engaged. They seemed bored, they didn’t track with anything I said, most hadn’t read Plato or other thinkers or philosophers, and they didn’t seem to care. I left wondering if they even got it.”

In the ninth-grade classroom, on the other hand, he met a bunch of typical 15-year-olds with one major difference—they had been given an opportunity to debate philosophy, learn Latin, read great literature, and study history. These were just kids, but they could analyze Aquinas on the spot—they already knew about him—and they enjoyed it. Dienerm recalls, “They understood the intricate philosophical problems I posed to them in ways I never expected. Teaching those ninth graders was an unbelievable teaching experience. I was floored.”

After one day he knew, “This is going to be a better place to teach.”

Along the path that led Diener to classical Christian education, only one event earned the title “jaw dropping”—this first time he stepped into a classical Christian classroom. That moment would define the rest of his life. “I came to believe that I could have a greater educational impact within the context of a classical Christian school than I could as a college professor.” And, over the years, he found this to be true at almost every CCE school he encountered.

PREPARATION FOR THE JOB HE DIDN’T KNOW HE WANTED

As a biblical studies undergrad at Wheaton, Diener “saw the light in Dr. Weber’s historical theology class.” He remembers sitting in class and studying through the various theological debates and controversies. “One day, I suddenly realized: under all these theological debates and questions and answers are philosophical assumptions; you can trace them all back to metaphysical and epistemological roots.” Diener switched to philosophy, along with a minor in ancient languages (Greek and Hebrew).

After graduation, Diener took advantage of his past carpentry experience, working with an Amish builder on high-end custom trim and cabinetry. He and his wife then fulfilled their dream of becoming missionaries and moved to Bogotá, Colombia, to teach at a Christian international school. That’s where he fell in love with teaching.

Diener headed to graduate school in Indiana, while his wife started researching preschool homeschooling for their kids. After attending a conference, she said, “You should look at this,” and handed him a stack of materials from an up-and-coming group called Classical Conversations. Diener recalls, “We ended up doing Classical Conversations. The sad irony is, I was in the middle of a PhD program in philosophy of education and I had never heard of classical education.” 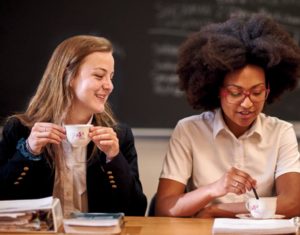 Upon returning home from the homeschooling conference, Brooke also handed Diener a slip of paper with a phone number on it and told him, “I met an interesting vendor and told him about what you are studying. He gave me his number and said that he wants you to call him.” The next year, after another conference, she said, “That same guy recognized me and said, ‘Your husband never called me! I want to talk to him.’” So this time Diener called, and it turned out that the “interesting vendor” was Chris Perrin, the founder of Classical Academic Press. Perrin was Diener’s gateway. Beginning with the Alcuin Fellowship, Diener began meeting others involved in CCE and partnering on projects where his background proved helpful, such as reviewing and writing books.

After graduate school, the job hunt was on. He took the job at Covenant as both a teacher and head of upper schools, and the rest is history.

After three years at Covenant, Diener became the headmaster at Grace Academy in Georgetown, TX, before moving to Hillsdale College where he serves as the headmaster of Hillsdale Academy and a professor of educational philosophy.

“Gratefulness” is one word Diener uses when describing where he landed, as Hillsdale’s unique program brings almost every aspect of his background together. Both administration and teacher apprenticeship programs take place at Hillsdale Academy, an on-site (and growing) K–12 classical Christian school. Diener reports, “This semester we have 18 apprentices at the Academy.” He continues to serve multiple CCE organizations, consulting, speaking, writing, and teaching.

According to Diener, it’s easy to be grateful when you see the effects CCE delivers.

I have seen many students who go off to college and careers come back incredibly grateful for how well-prepared they are compared to their peers. I had one student whose senior thesis was on the issue of intellectual property rights in the age of the internet. He wrote one of the best thesis papers I’ve ever read by drawing on John Locke’s theories of property and applying them to intellectual property in the digital age. Here is a young person who wants to study computers, and who also understands that John Locke has something to say to our current situation in a way Locke himself never imagined.

Leaders in universities and in industry and business are continually calling for higher levels of thinking, reasoning, writing, and speaking skills in their employees. According to Diener, “Classical schools are meeting those needs in a way that no other educational model is.”

“Classical schools are also bringing renewal to liberal arts education in a powerful way that most colleges are no longer interested in or capable of doing. They are transforming education by pushing up. What’s happening in logic in seventh grade is affecting the ways that colleges teach critical thinking skills because classical schools are producing students who think at a totally different level. Why are colleges showing up at ACCS conferences today when they weren’t a few years ago? They want students. They recognize the value.”

“On the other side, they recognize that our schools need teachers so undergraduate and graduate programs for classical teachers are cropping up. This has been happening only in the last few years—Templeton at Eastern, the University of Dallas, Houston Baptist, and Hillsdale is preparing to launch a program—all these colleges are addressing the new and growing need for classical Christian education. K–12 classical schools are changing the face of liberal arts college education.” 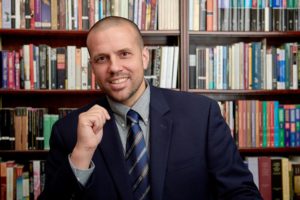 DR. DAVID DIENER holds a BA in philosophy and ancient languages from Wheaton College as well as an MA in philosophy, an MS in history and philosophy of education, and a dual PhD in philosophy and philosophy of education from Indiana University. He is the author of Plato: The Great Philosopher-Educator and serves as the series editor for Classical Academic Press’ series Giants in the History of Education. The Dieners have four wonder- ful children and are passionate about classical Christian education and the impact it can have on the church, our society, and the world.

FUN FACT: Diener is fluent in Spanish and speaks to his children only in Spanish. Why? “It was kind of whim,” Diener explains. His parents lived in Honduras as missionaries before he was born. When they moved back, his father worked in a ministry to migrant workers, “so we had lots of interactions and heard a lot of Spanish. When I took Spanish in high school and college it came easily.” Their oldest child was born in Bogotá and rather than lose that exposure, Diener said to his wife, “How about I do Spanish and you do English? And 15 years later we’re still at it. It’s really handy on mission trips to Mexico.”