Christ, the Crux of Human History 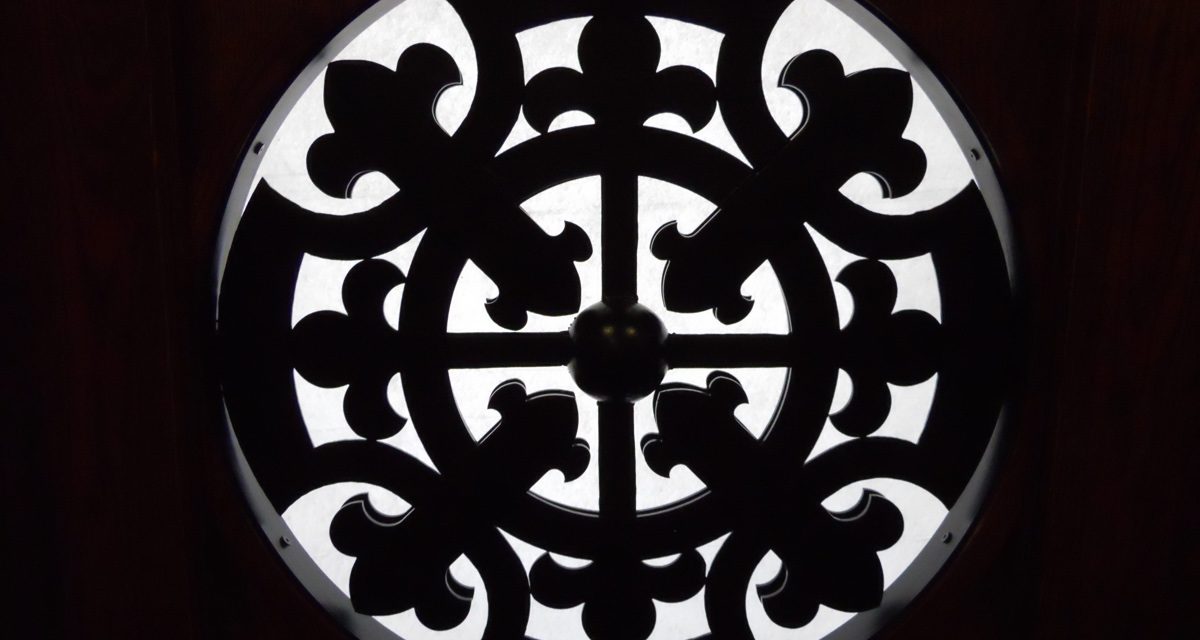 By DR. BRIAN A. WILLIAMS

“Has not God made foolish the wisdom of the world? … For Jews demand signs and Greeks seek wisdom, but we preach Christ crucified, a stumbling block to Jews and folly to Gentiles, but to those who are called, both Jews and Greeks, Christ the power of God and the wisdom of God.” 1 Corinthians 1

“His purpose was to create in himself one new humanity out of the two, thus making peace, and in one body to reconcile both of them to God through the cross, by which he put to death their hostility.” Ephesians 2

Have you ever known you had a problem, but didn’t know the solution? Maybe it was how to solve some algebraic equation, reconcile your bank account with your bills, or help your child choose a college. Or perhaps you’ve wrestled with knotty issues like restructuring the healthcare system or achieving peace in the Middle East. The problems are clear. The solutions are not. And sometimes, even when we arrive at a provisional answer, we’re pretty sure some part of it is still wrong, but we’re sure which part.

Similarly, have you ever learned something that revealed an error you didn’t know you had? We all have. Think of the theological beliefs you had as a child that you discovered were wrong only because you were eventually taught what was right. When I was a child, I thought I heard someone say, “God makes you face the things you fear.” Now, the person may very well have said, God “helps” you face those things, but I heard it as God “makes” you face them. Well, what I feared most as a child was Count Dracula, so I lived in fear that God would bring Count Dracula to the door of my bedroom and make me confront him. That didn’t foster warm feelings toward God, by the way, or help me relate to him as a loving and gracious Father. Of course, as I grew and learned more, I left behind this childish error, along with more serious misunderstandings about myself, God, the Church, and the world. It usually wasn’t that I was entirely wrong (well, sometimes), but more that where I was wrong distorted my picture of even those things where I was right.

Problems in the World Before Christ

Without demeaning either the ancient Hebrews or Greeks, both Jerusalem and Athens were in a similar situation before the coming of Christ.

For instance, Israel knew that the holy God of Abraham, Isaac, and Jacob was the Lord of the heavens and the earth. All other supposed deities like the sun, moon, and stars were merely his creations. The Hebrews also knew that he initiated a unique relationship with them so that they would be his people through whom he would bless other nations. However, how that was going to happen wasn’t entirely clear. Nor was it clear how God’s promises would be fulfilled, nor how Torah should be followed, nor how they should worship after the temple was destroyed, nor how they should relate to the pagan nations—Assyrians, Babylonians, Persians, Macedonian Greeks, and Romans—that had conquered them. And though they knew God’s character, they did not know that he was triune nor did they imagine that he could become human and die. That was yet to come.

The Greeks were in a worse plight. They were like people walking in the half-light of late dusk. They saw some true things, but usually just the mere outlines and shadows of the real things. Some Greeks rightly believed in divine beings, but only knew the immoral Olympian gods who fought with each other, raped women, arbitrarily rewarded some humans and destroyed others. They were capricious, lustful, and violent. Plato had good reasons for banning stories of these gods from his ideal city. Humans want to live like gods, and these gods weren’t holy.

Other Greeks saw a little more clearly. They rightly recognized that the world had a physical, moral, and metaphysical order, or logos. Justice, truth, beauty, and goodness were real things that could be known and should be embodied in one’s private, public, and political life. However, many of them also denied the goodness of the material world, questioned whether gods existed at all (who needs them when you have transcendent ideas?), and failed to perceive the deep brokenness called sin that would ever and always mark the human condition. According to St. Augustine, the Greek philosophers could point to the mountaintop, but couldn’t tell anyone how to get there. And in their confidence, they proudly “wore the actor’s high boots of a supposedly more sublime philosophy.”

The light may have been brighter in Jerusalem than in Athens, but neither enjoyed the noonday sun. Then Christ came. And the transcendent, eternal logos half-known by the Greeks was revealed to be the Holy One of Israel long known by the Hebrews. And the Truth, Beauty, Goodness, and Justice that Greek philosophers desired were to be found in the God who created the material world. Even more surprising was that this transcendent logos, who was with God and was God, had become flesh and dwelt among them in order to reconcile them to God and to one another. To bring Jews and Greeks together, Christ performs three tasks: he reveals, reconciles, and rules.

First, he is the most complete revelation of both God and humanity. God is triune, three divine persons in one God, relational from all eternity. And he comes to draw us into relationship with him. Thus he is not petty and capricious, but holy and good. Nor is God limited by his own creation. He can freely enter it without destroying it or being contaminated by it, free to be both fully God and fully man. He does not hold himself aloof from dusty human flesh and bone, but takes them on in order to reveal both the dignity and the depravity of the human condition.

Second, Christ not only reveals, but also reconciles. He is the fully human person in whose image every other human was created. And by being fully human, he represents us before God the Father, bearing in his own person the alienation and punishment that no other human could fully bear. And by subsequently indwelling us with his Holy Spirit, he enables us to participate in and benefit from his actions on our behalf. And when the peoples of the world are reconciled through him to God they are also reconciled to one another. The dividing walls of hostility are destroyed and people from every nation are remade into what was often called the “third race.” The world knew Gentiles and it knew Jews, but this new people, called Christians, was something different altogether.

Third, Christ not only reveals and reconciles, he also rules over humanity’s real oppressors—sin, death, and the devil—and eventually sits down on the throne of Heaven from which he rules the cosmos as David’s heir. “From thence he shall come to judge the quick and the dead.” In the meantime, he has commissioned earthly kings to do earthly justice and work for the common good. Whether Jew or Gentile, American, European, or African, Christ’s people now have their primary citizenship in Heaven because they are the subjects of Heaven’s king. But until he is fully revealed, they are like dual citizens bringing the culture of their true homeland to the various outposts where they live temporarily.

The early church historian Eusebius and the reformer John Calvin both describe Christ as prophet, priest, and king. As prophet, he reveals; as priest, he reconciles; and as king, he rules. In fulfilling these roles and performing these tasks, he comes as the “desire of the nations” promised in Haggai 2. So “the Christ event” becomes the pivotal point of human history and the still point of the turning world. And the tradition that flows from this moment is not simply Greek, or Hebrew, or even “Western,” but profoundly “Christian.”

DR. BRIAN A. WILLIAMS is Dean of the Templeton Honors College and Assistant Professor of Ethics and Liberal Studies at Eastern University in Pennsylvania. Prior to this, he was Departmental Lecturer in Theology and Christian Ethics at the University of Oxford and Humanities Teacher at Cair Paravel Latin School in Topeka, KS.