Clever Devils: Choosing a school in a dangerous age

In Idaho’s Sawtooth Mountains, you can see 10,000-foot Thompson Peak. And, if you know where to look, there’s a small crevice near the top.

In this crevice hides one of the most beautiful and striking lakes in the world. On summer mornings, we’ll begin the four-hour hike from our family cabin to that lake. It’s a grueling and steep hike, dangerous in some places as you edge along cliffs. The destination makes it worth it. No one regrets the hike, though they often grow faint from the altitude and climb. Some time ago a friend of mine relayed a story from boot camp at Fort Bragg—a grueling three- to four-hour trek through hot, sticky swamps, full of dangerous snakes. It ends up where it starts. The goal is to finish. Some might appreciate the discipline this run takes, but they never want to do it again.

These two pictures teach us an important lesson about classical education when compared to conventional education today. If done well, both can be rigorous and teach you something. But classical education begins with a goal, a purpose: the pursuit of truth, goodness, and beauty. Much like the stunning Thompson Peak rises above the valley floor, magic happens when the human soul climbs toward an immense and dangerous beauty. When you finish the hike, you’re blistered and beat. But for those of us who’ve seen it, it’s worth doing again.

By contrast, conventional education teaches you stuff. “What will the student know and what can the student do?” This is the question common to the curricula of conventional schools. Students run the gauntlet, get the grades, and pine to finish school so they can be done with it. The exercise you get in a conventional school may build intellectual muscle, but it rarely inspires a love of learning.

Danger lurks in classical education, too. It can quickly become a treachery if we pursue a false summit. Classical education was founded by the Greeks to climb to the height of intellectual ideas. When the Greeks looked up, they saw ideas and reason as the highest peak of human understanding. About three hours into the hike in the Sawtooth Mountains, you think you’ll crest the ridge and see the lake. But, the false summit reveals only a boulder field and disappointment. The lake is just a bit further up and further in. As with our hike, Greek philosophers soon found themselves in a boulder field, staggering for footing, looking for something true, good, and beautiful.

And then, along came The Logos, Jesus Christ, who gave Christians the real destination. Christ is the creator of everything and the sovereign of the universe, so He defines truth, goodness, and beauty. Pursuing Him means pursuing the best of everything. For 1500 years, the Church pursued Christ through classical Christian education. They built great monasteries and cathedrals. They wrote hymns and created Western music as we know it. They unveiled the material world’s secrets through chemistry, physics, and biology, and they expanded our minds through deep theology and philosophy. They revealed the language of calculus and painted the ceilings of chapels with glorious scenes. They wrote sonnets, novels, and brilliant treatises—all of this as they consciously educated toward the ideal of Jesus Christ. And then, something happened. 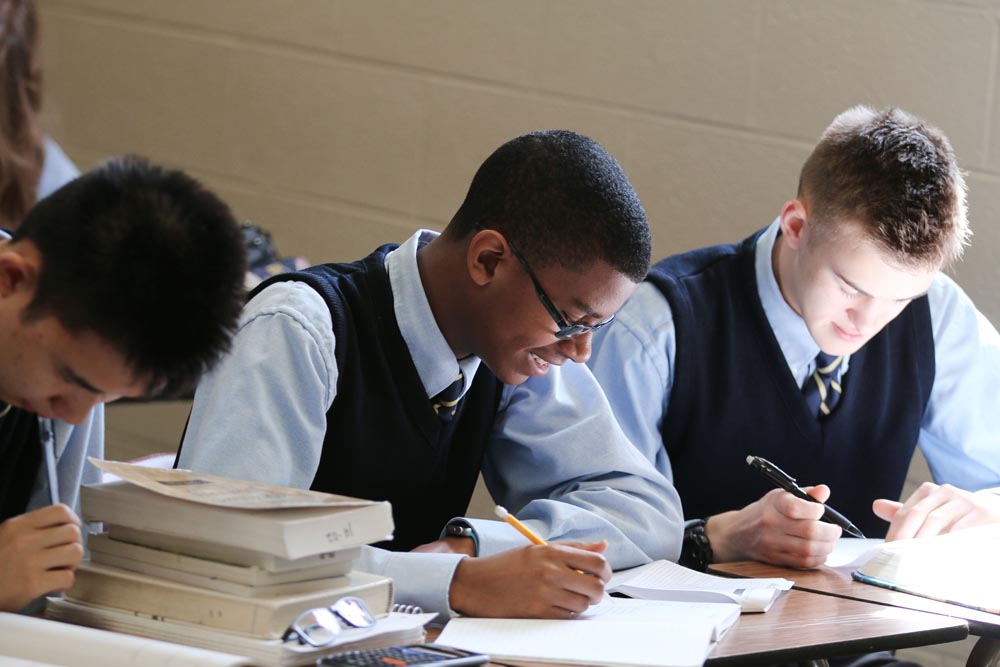 Along the way, the West became engrossed in the glory of creation and our control over it, and we forgot the creator. During the enlightenment, Jesus Christ was replaced by a deistic god and eventually, we arrived back at reason. Before long, the destination of classical education was once again the treacherous boulder field it had been for the Greeks. Classical schools of the 19th and early 20th century waned because people started asking, “Why are we doing this?” They saw a boulder field and realized that it was better to focus on making camp, studying “practical” things like science and math.

Many parents have discovered that the pursuit of the practical in conventional schools is limited and leaves a shallow and frail husk of a soul where their child once was. So, across this nation, the best schools are once again emerging as classical schools. Today, classical education has reemerged in two forms—one that pursues a general “logos” and the other that pursues Jesus Christ. Classical charter schools are public schools that are not permitted to teach Christ, so they return to the Greek error and teach toward the general logos by means of reason. This is not to say that good cannot be done by charter schools, but we are seeking the ideal. When Paul entered the center of Greek classical education in Athens, he pointed to the altar TO THE UNKNOWN GOD as he stood on the rocky outcropping called Mars Hill. Paul knew they thirsted for the deep waters of Jesus Christ. And he told them so. Within a few generations, Jesus changed everything in Athens—even their educational system.

C.S. Lewis is said to have warned of “clever devils.” I fear he spoke of those who have been hardened and shaped by the exercise of classical education, but who have been embittered by the futility of the boulder field that promised so much beauty, but delivered only hot, soul-crushing disappointment. Some believe that Christ can be taught on the side. Christ himself never gave us this notion—“I am the way, the truth, and the life; no one…” Classical Christian schools are not immune. If we forget our first purpose, and seek to become college preparatory schools, or overemphasize STEM, or wander on other ways, we will be just as lost. Christ must be the central purpose and center of all learning, or a greater problem will emerge even in our classical Christian schools—we’ll be sitting on a mountain, in a boulder field, lost and disgruntled, and looking for answers.

At least down in the swampy marsh of conventional education, we had water—tepid and brackish as it may have been. We live in a blessed age. Christians have a map to excellent education through classical Christian education. We don’t need to reinvent it. It was left as a heritage by our Christian forefathers. We have only two tasks: First, we must keep Christ at the center. He must be the object of our pursuit. Second, we must continue to recover the lost form of education that perpetuated the great Christian civilizations of times past. If we do these two things successfully in our homes and in our schools, our children will enjoy a rich and rewarding view of the lake.

[…] yet for Whom – are you educating your children? David Goodwin, the President of the ACCS, has written a clear call to parents and educators not to sell our children short in their education.… If we only educate our children to be clear thinkers without teaching them to love the Giver of […]