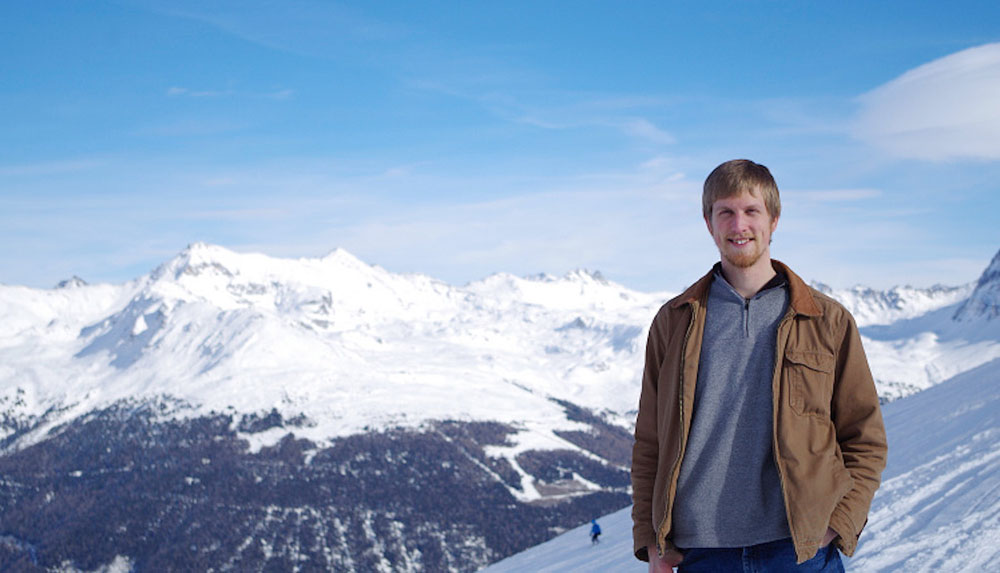 The path to CERN

Profile 5: Prepared for College and Career

On a typical day, Andrew Brinkerhoff hopped on his bike and pedaled to work at the European Center for Nuclear Research(CERN)— home to the world’s largest and most powerful particle accelerator.

The 2005 Mars Hill Academy (Mason, Ohio) alumnus studied particle physics at the University of Notre Dame, followed by 18 months analyzing particle collision data in Switzerland at the European Center for Nuclear Research’s (CERN) Large Hadron Collider—the world’s largest and most powerful particle accelerator. His name is listed among those physicists who contributed to the Higgs discovery paper, which made international headlines in 2012 for the discovery of a sub-atomic particle that gives matter its mass.

After earning his doctorate in physics from Notre Dame, Brinkerhoff landed a post-doctoral position through the University of Florida, and he worked at CERN from 2016 to 2019. Now he continues his involvement with CERN particle-collider projects while an assistant professor of physics at Baylor University in Waco, Texas.

“I didn’t even think about studying physics until my senior year of high school. I wouldn’t say I dreamed of becoming a physicist: I more or less fell into it,” said Brinkerhoff, who earned a perfect SAT score. “However, getting into physics late in the game (by some people’s perspective) and not having Advanced Placement (AP) classes in high school was no hindrance at all.

In fact, Brinkerhoff attributes much of his success to his classical education at Mars Hill Academy: the wide historical and philosophical perspective, the ability to communicate, and an appreciation for learning in different fields—and the connections between them.

“I think the Mars Hill approach likely served me better than an AP approach. Building a good physics intuition and becoming adept at problem-solving are more important than having seen a certain set of content before college, where you will cover it again anyway,” he explained. “Also, studying physics and calculus in the same year at Mars Hill allowed each class to reinforce the other—which makes sense, given that Newton originally developed calculus in order to understand physics. Even in college, the first physics course is often algebra-based; so in that sense, I was already ahead of the game in high school.

Brinkerhoff, who earned his bachelor’s degree in physics from Grove City College, found that many universities do not allow AP credits to replace core required classes in a technical field like physics or engineering. Additionally, students could get caught up in rote procedures but miss crucial details, “because they haven’t understood first what the study is for, and thus haven’t ■ GOOD SOIL: PROFILE 5 Climbing Hills to Tackle Mountains The path to CERN by LISA KNODEL PREPARED FOR COLLEGE & CAREER Vol. 6, No. 2 | Special Issue 2020 21 thought through how the logical sequence of a particular technique is designed to produce a certain conclusion.”

“The key to effective research is a thorough understanding of both the internals of your work and its relation to other research, and an ability to communicate both the details and the big picture as part of a cohesive, compelling whole,” he said. “In most technical fields, even though success is measured by communication (publications and conference talks), effective communication is little emphasized or taught. This means that even competent writers and speakers will stand out—and rhetors of the caliber that Mars Hill churns out even more so. … This is why the skills of systematic, comprehensive analysis and intelligible, persuasive communication taught at Mars Hill are likely to serve its students better in all of those fields than additional technical instruction in any of them.

So, what did life look like for Brinkherhoff at CERN?

Some 8,000 physicists work with CERN, hailing from nations across the world. About half work on site. 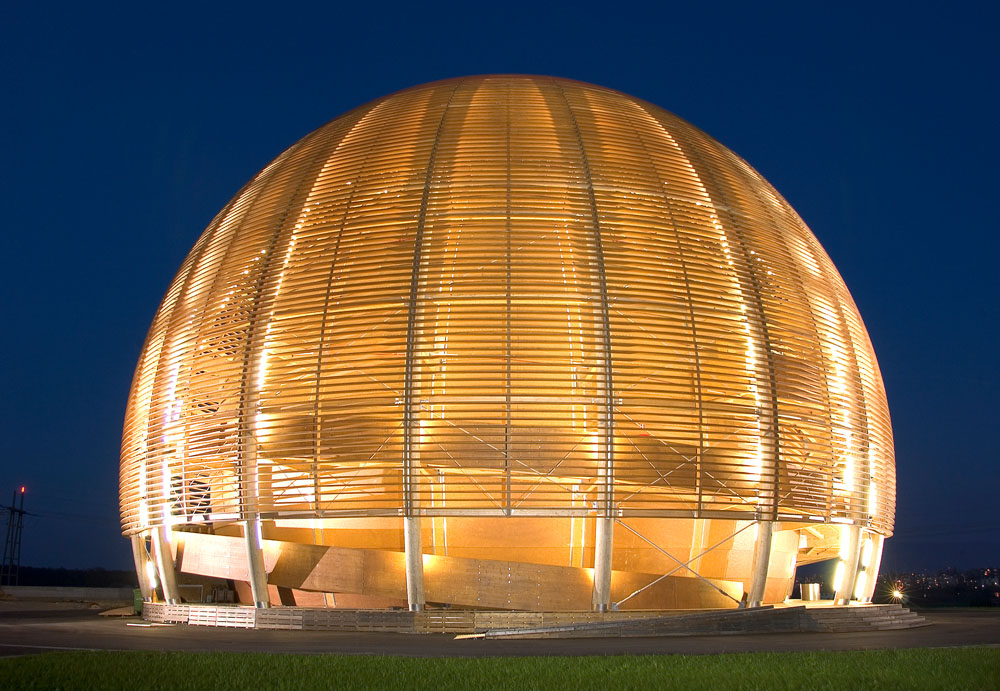 “Most of these work for one of the two major detectors, CMS and ATLAS, which perform similar functions, examining all the particles coming out of a collision,” he explained. “Each is bigger than a house, and they are located 100 meters underground.”

While working with the world’s largest particle accelerator sounds intriguing, Brinkerhoff said little in the work itself is glamorous.

“As a post-doc, I spent eight to 12 hours a week in meetings, occasionally more, and tried to shield my students from the same fate. A fair amount of time is spent preparing presentations, and most of the rest is writing, reading, and debugging computer code. A handful of hours each week goes to just thinking or discussing the right approach to problems. And then when you’re writing a paper, lots and lots of editing,” he explained. “That said, the problem solving is fun, and I occasionally even enjoyed the coding itself.”

At Mars Hill, we aim to graduate students who possess a deep understanding of their world; the ability to discern truth, beauty, and goodness (Philippians 4:8); and the tools to think, learn, and influence the world for the glory of God.

The most exciting moments centered around big announcements. “Students camped outside the auditorium overnight before the Higgs announcement, and there was also a packed house for the LIGO gravitational wave discovery, which was simulcast at CERN,” he recalled. “It’s something to go down to the experiment, or even to walk through one of the hardware-testing hangars the size of football fields. When you get outside the office, you catch a glimpse of the scale of the endeavor.”

According to Brinkerhoff, the accelerator typically runs from May to December with collisions going on continuously, 100 million per second, for 8-16 hours at a time.

“One might wish that there were a few, well-motivated measurements we could do, and then know we were done; but one aspect of experimental physics is that we really don’t know what we might find next, or how much data we will need to find it,” Brinkerhoff said. “Many, if not most, particle physicists expected we would have found new physics already. Since we haven’t, predictions about what we might or might not find are even more uncertain.”

Brinkerhoff returned to the U.S. in 2019 and fulfilled his dream of becoming a college professor. He lives in Waco with his wife, Mary, and their two sons, Nathanael and Gideon.

ANDREW BRINKERHOFF graduated from ACCS Accredited school Mars Hill Academy and earned his Ph.D. in physics from the University of Notre Dame in 2015. He is currently assistant professor of physics at Baylor University.

LISA KNODEL is a freelance journalist. A version of this article appeared on the front page of Today’s Pulse, a local paper in Mason, OH.