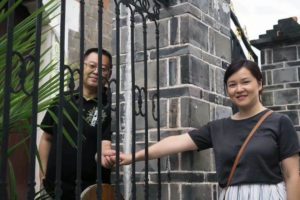 According to World magazine:

“Wang had long prepared himself and his church for coming persecution, aware that speaking out and pushing boundaries would make the unregistered church a target to authorities. With a goal to operate openly and help develop the Chinese church, Early Rain worked with like-minded churches to create a seminary, a classical Christian school, a liberal arts college, and a presbytery. It ran ministries to the marginalized in society: legal petitioners, families of political prisoners, the unborn, and women in crisis pregnancies.”

The US government responded to Pastor Wang’s prosecution and sentencing calling for his release:

“We are alarmed that Pastor Wang Yi, leader of the Early Rain Covenant Church in Chengdu, was tried in secret and sentenced to nine years in prison in connection to his peaceful advocacy for religious freedom. We call for his immediate and unconditional release . . . He was found guilty during a closed-door trial December 26 on trumped-up charges of “inciting subversion of state power” and “illegal business activities,” with no defense lawyer present . . . This is yet another example of Beijing’s intensification of repression of Chinese Christians and members of other religious groups ” (Full Press Release: Conviction of Chinese Christian Pastor Wang Yi). 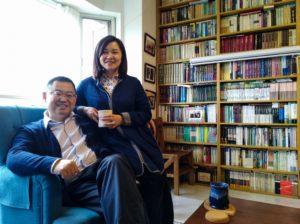 Wang Yi and his wife, Jiang Rong, at their home in Chengdu, China, last year.Credit… 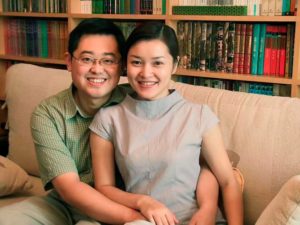 In this 2000 photo pastor Wang Yi, left, poses with his wife Jiang Rong at the study room of their home in Chengdu, China.

We met some of these saints at a Classical conference in the states. They are precious family members. Let’s not neglect to keep them in our prayers!