Dripping in Spit: How Music Shapes Our Affections 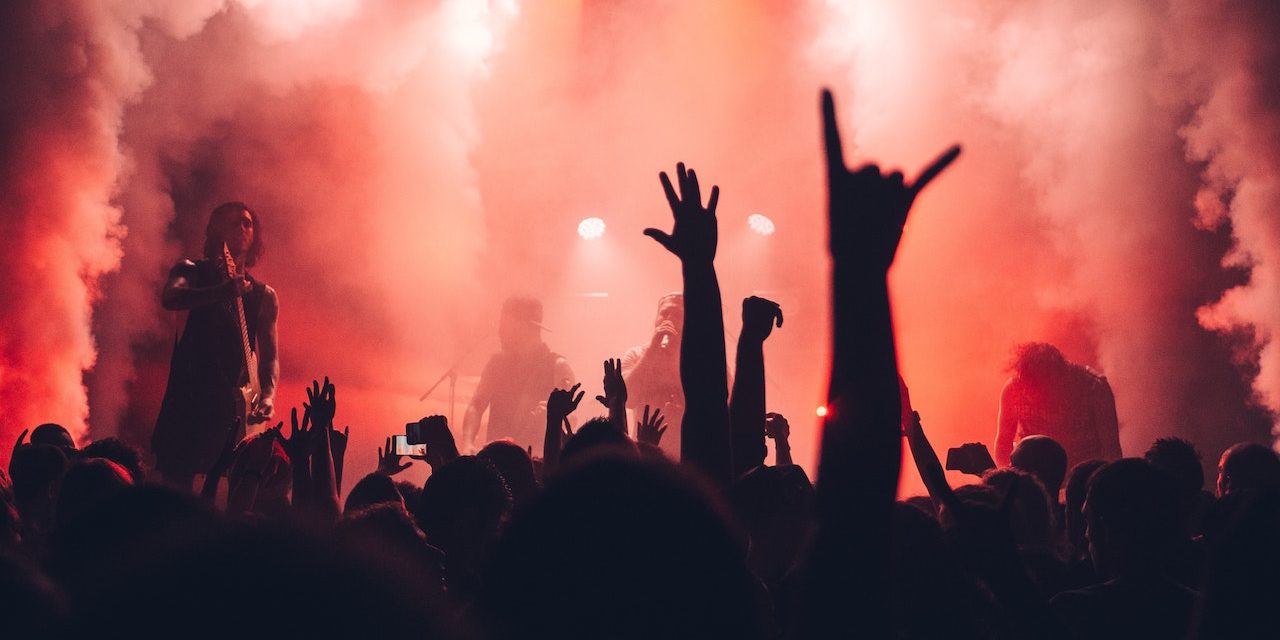 Music shapes affections more than we know. I remember when this truth hit me between the eyes for the first time.

On a sweltering evening in the early nineties, my roommate and I decided to escape the heat of our dorm with an evening walk. Sophomores at Northeastern University, our apartment building was located on the southeast corner of the Back Bay ‘Fens,’ the largest public park in Boston. The perfect setting for a nighttime stroll.

We traversed that gorgeous greenspace in under an hour. The breeze was so refreshing we decided to continue on and see what was happening on Lansdowne Street. There resided a musical mecca of Beantown, which lay directly in the shadow of Fenway Park’s famed ‘Green Monster.’   “Punk Rock Night – No Cover,” read the sign outside one establishment. Neither of us had ever seen a real punk band and it seemed like a good way to burn a few hours.  The decorum was what we expected – purple Mohawks, multiple face piercings, and more tattoos than a Harley Davidson caravan.

The volume was deafening – even measured by college standards. The mosh pit was bloody – and this concerned me…but nothing prepared us for the final act.   As the last band walked on the stage the crowd went into a frenzy. Apparently the trio which now embraced their instruments were the ‘Led Zeppelin’ of the local Boston punk scene.   My friend and I remained unimpressed and as they broke into their third song. As such, we began to head for the door, when suddenly my roommate grabbed me by the shoulder, “Did you see that”? I did. Inexplicably, the lead singer had just spit in the face of an adoring fan.

“What the…oh its on now,” I said to my friend, “someone is about to get hurt.”

Yet to my shock, the twenty-something who had spittle all over his nose did not rush the stage. In fact he did not look upset at all. Calmly, slowly, methodically, he took a deep breath through his nose, cleared his throat, and launched a tremendously heavy loogie onto the center of the lead singer’s forehead.     The crowd erupted in applause and the besotted vocalist smiled at the young hacker with all the affection of an approving father.

“What in the world is going on?” I said, wondering how this was all going to end…

The drummer and bassist were certainly unfazed, wailing on their instruments respectively as the front man paced the stage, belting out lyrics and spitting on his fans with all the accuracy of a trained sniper. Unfazed, each victim returned fire as once their hero came within striking distance.  Finally, the song rose to a climax as the singer strutted to center stage, stretched out his arms like wings, and cocked back his head as fifty or sixty of his fans lined up and emptied every saliva duct in their bodies, leaving this man dripping in their spit. We walked out in disbelief.

For Better or For Worse, Music Shapes What You Love

Although the events of that evening were incomprehensible to me then – now, after spending the last decade of my life as a classical Christian educator, I was witnessing a great truth which nearly every thinker has espoused since the dawn of intellectual inquiry.  And it is this: nothing holds more power to shape our affections than music.

Both the man dripping in spit and the one’s spitting on him were simply vomiting back the distorted rhythms and perverted lyrics that were being pumped into them.  In fact, we later learned that this ‘spitting ceremony’ was performed every time that band took the stage.   Plato argued that the best way to bring about an ideal society was to populate it with citizens whose affections were rightly ordered. He believed that the surest way to do that was through music. He says in the Republic,

This is why rearing the young in music is most sovereign. Nothing sinks deeper into the soul that rhythm and harmony, vigorously laying hold of  it by bringing grace with them, thereby making a man graceful, like a breeze blowing in health from good places. Thus, by taking pleasure in what he is hearing and by receiving them into his soul, he will become a gentleman – praising the fine things and hating the ugly. Yet if we are not careful, the opposite will happen.

At the end of the day, Christian education is soul-work and almost no medium has more power to shape our affections than music. We must learn this lesson well, lest otherwise smart students end up like Charles Darwin, who lamented at the end of his life, “For many years now I have lost any taste in music. My mind seems to have become a kind of machine for grinding out of large collections of facts. The loss of this taste is a loss of happiness and may possibly be injurious to the intellect, and more probably to the moral character.”

CHRIS MAIOCCA teaches composition and Greek at The Ambrose School outside of Boise, ID. He is currently working on an eight-volume history of Western civilization, forthcoming from Classical Academic Press.