IN THE BEGINNING WAS THE WORD—A REVOLUTIONARY IDEA LOST 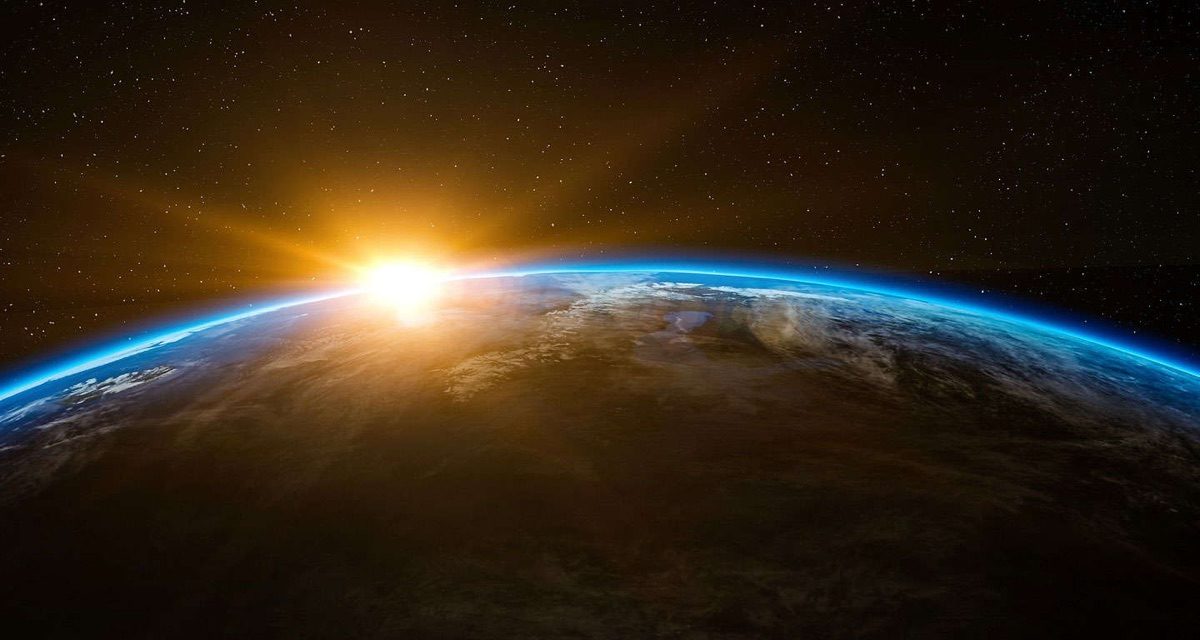 “Behold,” wrote the ancient Greek philosopher Plato some 2400 years ago, “we are deceived about the very nature of the world in which we live. We are like men who have been imprisoned since birth in the deep belly of a cave. All our lives, we have been chained to chairs, forced to look ever ahead at the back of the cave wall. Behind us a raging fire gives off light and heat, while between us and the fire, puppeteers parade stick figures of all the real things that exist outside the cave: trees and rocks, stars and clouds, mammals and birds. The light from the fire casts the shadows of those puppets on the wall, and we, who have never known anything else, consider those shadows to be reality.

“And then, one fateful day, a prisoner breaks his chains and turns around in his chair. At first he is blinded by the fire, but, as his eyes adjust, he realizes that he has spent his life staring at shadows of things that are themselves shadows. If he has the courage and the faith, he will eventually struggle his way out of the cave and gaze upon the real trees and stars and animals that exist in the real world. Then, if he has even greater courage and faith, he will make his way back into the cave and attempt to enlighten the other prisoners as to the true nature of the world—even if that attempt costs him his life!”

Thus does Plato illustrate, through a myth known as the Allegory of the Cave (Republic VII), his revolutionary theory of the Forms. In contrast to the secular academics of his day (the sophists), who claimed that our ideas of goodness, truth, and beauty are merely man-made notions that vary widely from culture to culture and city to city, Plato taught that behind our various and shifting definitions of the good, the true, and the beautiful lie absolute standards of Goodness, Truth, and Beauty that do not fade or change or decay.

As Plato explains it, our world is filled with a plethora of different trees and chairs and human beings, but we all recognize them as such, because behind them is the perfect, transcendent Idea of the Tree, the Chair, and the Person. All earthly trees and chairs and persons participate in those Ideas. And the same goes for such abstract nouns as justice, goodness, truth, beauty, love, courage, friendship, and so forth. We may encounter any number of relative, man-made, culturally-determined definitions of justice, but that does not take away from the reality of the Form (or Idea) of Justice that transcends our partial and limited understanding.

Plato fought hard to lead his fellow Athenians out of the Cave, and, in so doing, he prepared the ancient Greco-Roman world for the coming of Christ and the divinely revealed truths of the New Testament. When the great Christian philosopher-theologian Augustine looked back at Plato from a distance of 800 years, he understood that the God of the Bible had indeed used Plato to reveal partial truths that would find their fulfillment in the Incarnate Word of God. That is why Augustine, rather than throw out Plato’s pre-Christian theory of the Forms, took those Forms and put them in the mind of God.

Why, the modern reader might ask, is all of this important to people living in the twenty-first century? It is vitally important, for we are living in an age when sophistry has returned with a vengeance, and our schools and colleges teach their students that all things are relative, that there are no absolute standards of goodness or truth or beauty.

It is true that most mathematicians still recognize, as Plato (and Pythagoras and Euclid) did, that behind the rough, man-made triangles that we draw on paper or whiteboards or computer screens, lies the perfect, invisible Form or Idea of the Triangle that transcends our physical world and does not fade or change or decay. Unfortunately, that knowledge has become increasingly lost to professors of ethics (the good), philosophy (the true), and the arts (the beautiful).

Despite what the moral, philosophical, and aesthetic relativists would have us believe, standards do exist and are binding on us—even it we refuse to be bound by them. Absolute moral standards, like those recorded in the Ten Commandments and the Sermon on the Mount, are like the theorems and principles of geometry. Pythagoras did not “invent” the Pythagorean Theorem; he discovered it and found a way to express it in a numerical formula. Just so, the universal laws of moral and ethical behavior are not invented by lawgivers—though the world has, now and then, been afflicted by false, cultic leaders who have tried to do so—but are discovered by true prophets and sages. And the same goes for the eternal truths about God, man, and the universe and the eternal standards (harmony, integrity, clarity) that determine the beauty of an object or idea.

In math, and in some aspects of the arts, those transcendent, unchanging truths are conveyed to us by numbers; in most other areas of life, however, they are conveyed by words. And that is vital, for the Bible teaches both that God created the universe by means of words (Genesis 1), and that Christ, through whom all things were made and who enlightens every man, was himself the Word of God (John 1). In the face of postmodernism and deconstruction, Christianity insists, together with Plato, that absolute Truth exists and that it can be known and communicated through words.

If that Truth does not exist, or if we are incapable of communicating it by means of human language, then we are left adrift in a world without boundaries or touchstones. The sophists of today are hell-bent on dethroning and debunking all rules of moral behavior, fixed standards of beauty, and propositional truth claims. If they succeed, we will find ourselves stranded in an ugly world incapable of regulating desire or preserving the traditions that make human life and civilization possible.

Do we need Plato and his theory of Forms today? Yes, more than we ever have!

Louis Markos (www.Loumarkos.com), Professor in English & Scholar in Residence at Houston Baptist University, holds the Robert H. Ray Chair in Humanities; he is the author of 18 books, including From Achilles to Christ, Literature: A Student’s Guide, C. S. Lewis: An Apologist for Education, three Canon Press Worldview Guides to the Iliad, Odyssey, and Aeneid, and two children’s novels, The Dreaming Stone and In the Shadow of Troy, in which his kids become part of Greek Mythology and the Iliad and Odyssey. His son Alex teaches Latin at the Geneva School in Boerne, TX, and his daughter Anastasia teaches music at Founders Classical Academy in Lewisville, TX.