Light of the Nations 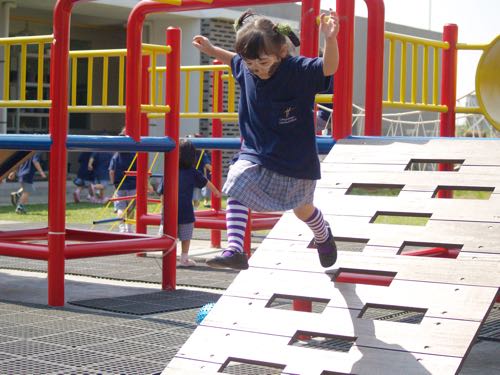  What is it about the classical method that is appealing to Indonesians?

Classical Christian schools are popping up in various countries around the globe—Australia, Nigeria, and the Bahamas, to name a few. While the classical method is beginning to spread abroad, it has found good soil in Asia and is particularly taking root in Indonesia.

According to Maryani Budiman, the head of school at Cahaya Bangsa Classical School in Padalarang, Indonesia, the classical method challenges students to question and think critically, skills that are not emphasized within Indonesia’s current system of education. She says that Indonesia’s educational methods, in both public and private schools, are uniform at every level. “They do not really educate the students because the education stays the same.” The system of education in Asia is known for stressing rote learning and rigorous testing. Classroom culture is typified by the idea of the teacher pouring out knowledge and the student simply receiving it. “From elementary up to high school,” Maryani states, “we just stay in grammar school, in the grammar style of learning.” As Dorothy Sayers might describe it, these schools are stuck in the poll parroting stage of education.

Map used by permission from WorldAtlas.com

Maryani, herself an Indonesian native who received a masters in classical studies from New Saint Andrews College, says that this stagnant system of education is not limited to Indonesia: “This is the culture of education in Asia—we’re geared toward drilling and not thinking. So for us, in Asia, it is hard, let’s say, to just tell you what we want.” In other words, when education is only about repeating information and memorizing the assigned material, students are weak in their ability to speak their own minds.

Cahaya Bangsa Classical Christian School is located in the Java province of Indonesia. It is the largest ACCS international member school, boasting 678 students and grades preschool—12th. The name of the school translates to “The Light of the Nations,” and this ACCS School is certainly not hidden under a bushel. Cahaya Bangsa is advantageously located just 30 minutes from Bandung, a city of several million and the region’s cultural hub.

This is the culture of education in Asia—we’re geared toward drilling and not thinking.

The school got its start from the elders of Jemaat Berkat Bagi Bangsa Church who, 25 years ago, had prayed that their church would become a blessing to the nations. For these church leaders, part of becoming that blessing meant reforming Indonesia’s current educational system. So, in 2003 they started a school. A few years later, the church leaders were introduced to classical education by their first pastor, Gerrit Hansen, who along with his wife, Julie, were following the trivium as they homeschooled their kids. With the Hansens as a compelling example, the school board members realized that the classical method was effective and a good antidote to some of Indonesia’s educational ills.

As Maryani states, “In the beginning we didn’t know what classical was, but basically, through the first pastor, we realized this is what we need because it will train the students to really learn, to think for themselves, and then learn how to learn.”
Cahaya Bangsa Classical School is not the only school spearheaded by this church. About 25 miles from its first school, Jemaat Berkat Bagi Bangsa Church planted another classical Christian school, this one for low-income families. This second school, called Sekolah Klasikal Terang Nusantara, opened its doors in 2014 with a handful of students meeting in the church’s office.

“It was started based on the need of the church,” Maryani explains. “We have a ministry to reach out to single parents or teenagers that have babies out of wedlock. These parents, these moms, could not afford to send their children to Cahaya Bangsa Classical Christian School and we see that there is a need for good education at a very low cost. So then we took a leap of faith and started it in the church office.” That one-room school in the church office has grown. They now have 57 students and an even larger number registered for next year.

As the classical method begins to spread throughout Indonesia and elsewhere in Asia, some might object that this Western form of education could threaten Indonesia’s Eastern cultural identity and heritage. Is it wise to Westernize education in an Eastern culture?

Maryani addresses this fear by explaining that both Cahaya Bangsa Classical School and Sekolah Klasikal Terang Nusantara are not just classical. They are Christian. It is through the gospel and their security in it that these schools are able to confidently adopt what is effective from another culture without losing their distinctiveness as a people. She states, “It doesn’t mean that Western is better than Eastern. We believe that our identity lies in Christ and we have to redeem the culture.” This Christ-centeredness allows them to teach using Western methods entirely in the Indonesian language. On the other hand, Mayrani explains, these schools are not trying to scuttle their cultural distinctives. “What is good that we can learn from Western culture, while we are not losing our roots in Eastern culture?” Maryani asks—a question that is being asked by Christians all over Asia as they seek to please the Lord in educating their children.

AMANDA RYAN earned an M.A. in Theology and Literature from New Saint Andrews College, and bachelor’s degrees in English and music from U.C. Davis. She is a freelance writer, and teaches high school for Logos Online School. She lives in Moscow, Idaho with her husband and new baby girl.