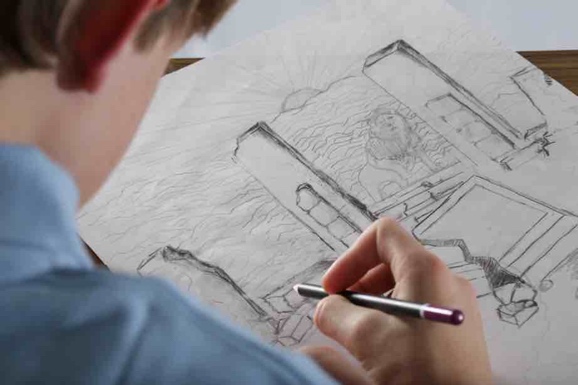 My journey into classical Christian education

In Abolition of Man, C.S. Lewis draws a contrast between two different methods of educating: the old way and the new way. The old way trains youth in permanent things (what is good, true, and beautiful) so when their ability to reason has matured, they can understand intrinsic good. The new way, on the other hand, teaches youth that the predicate is based on their personal feelings toward the subject, not on the nature of the subject.

My voyage in classical Christian education was a transition from the new to the old way of learning. It was a pilgrimage toward moral formation in natural law and Christian virtue, and a restoration of what Lewis refers to as “the Chest” in Abolition. And it was a move away from the moral relativism or pragmatism of the new way.

The transition happened in two distinct phases. The first was an introduction to religion and philosophy through my college experience at Colorado Christian University. The second was a deep dive into the nature of man as an incarnate, created being, while engaging in the “great conversation” at the John Jay Institute graduate fellowship.

My grade school years resembled those of many American children, naively consumed by the new way. Public school educated, I knew the large majority of my teachers cared for me, but they often focused their teaching on my own perception of the text or what was on the end-of-course exam. Other than the hard sciences, it was difficult to find a teacher who taught more facts than modern values. None of these educators were to blame. The problem is a multi-generational deficit of liberal pedagogy—a product of the new way of educating.

Like many of my peers in high school I began asking existential questions about life and the divine, having not grown up in the church. Upon graduation, I decided to attend Colorado Christian University (CCU) out of an un- explainable need to learn about religion. CCU introduced me to Christian community, theology, and the great books of the Western canon. I became a follower of Jesus Christ.

In my third year I was introduced to the works of Plato, Aristotle, Cicero, Rousseau, Hegel, Locke, and the “politics of freedom.” This introduction opened my eyes to a new world of ideas, yet the pursuit was not centered on a historical understanding of man or Christ. This led to a great trial in my faith and an intellectual pursuit of truth, but also revealed the beauty and restorative nature of classical Christian education.

After graduating from Colorado Christian, I moved to Philadelphia to begin a fellowship at the John Jay Institute. Named after the American founder, the Institute is a one-year, post-graduate residential and professional fellowship in politics, history, philosophy, law and theology. But more important, it is an exploration of authentic Christian community. The John Jay Institute’s motto personifies an aim of classical Christian education: “leaders are made, not born.” During the academic residency, fellows learn that man is an embodied creature and therefore his moral development is formed through relationship in community and engagement with thinkers of centuries past. He must be remade through his education, particularly education of the old way.

When I entered into the John Jay Institute, my formation in classical Christian education was incomplete. I knew of the great works, and I knew of a Christ-centered life, but I had not connected the two. Detached from historical context and created nature, these abstract truths can only be understood through independent reason and “feeling”—something that largely drives the new way of educating. This removes the middle element of man that Lewis refers to in Abolition as “the Chest.”

Independent reason without the natural law, which points to God, creates men without chests. Philosophic inquiry without acknowledgement of its source leads to the new way of educating, where man becomes his own measure and permanent things become relative. The John Jay Institute’s curricula and community reordered my understanding of philosophy, connected my heart and my head, and in turn shaped my soul.

The end of classical Christian education is the formation of the human soul and restoration of the community. My own journey was a turning away from the new modern way of educating to the old way based on natural law and Christian virtue. This transition restored my mind, and my Chest. It also opened the doors for a new community, both immediate and with centuries past. I now spend my life devoted to education reform, in structure and in substance, by empowering parents—the child’s first teacher—with the ability to choose the best educational option for their child. This is the first step to a rightly-ordered community. And it necessarily paves the way for the classical Christian educational movement to restore the old way of teaching for the sake of posterity.

BRITTANY CORONA is a state programs and government relations director for the Friedman Foundation for Educational Choice and formerly was an analyst for the Heritage Foundation. She is a John Jay Institute fellow and a Claremont Institute Publius fellow.