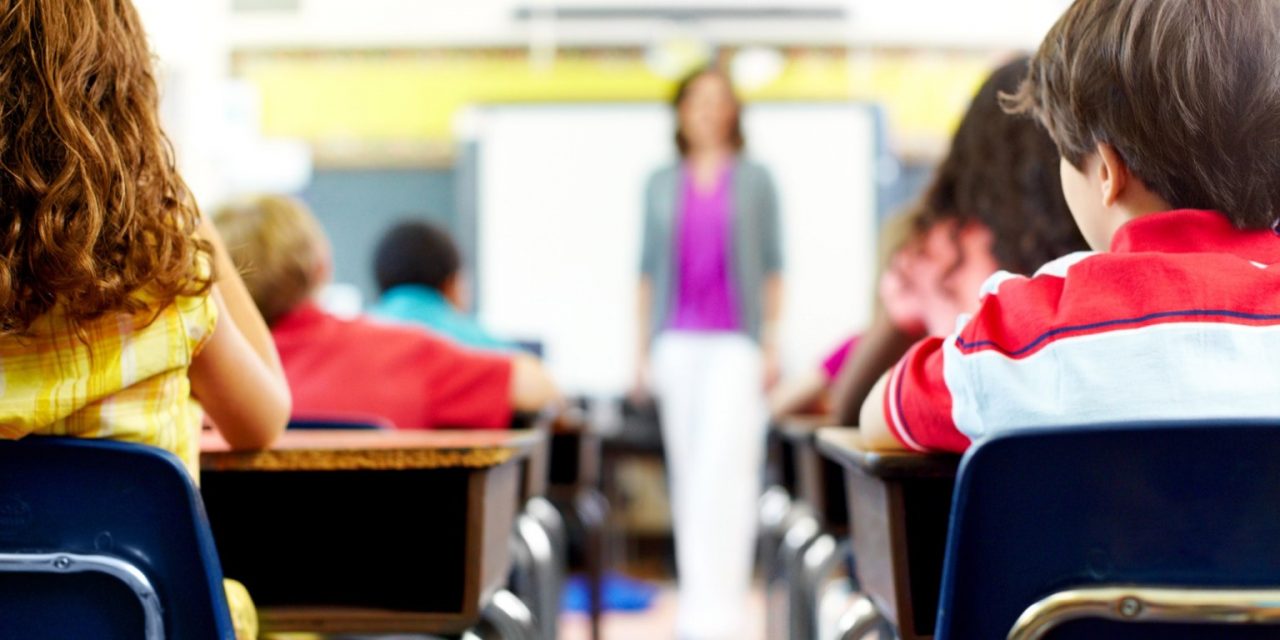 The National Review
By CAMERON HILDITCH

Classical Christian Schools are a Shining Alternative to Public Education

If you were to pick an episode at random of Aaron Sorkin’s 1999–2006 political drama The West Wing and watch it from beginning to end, you’d have about a one in three chance of hearing a soaring oration extolling the virtues of American public schools and lamenting their desecration at the hands of Republican lawmakers. From the lips of Rob Lowe or Martin Sheen you would hear, accompanied by a triumphant orchestral theme, that public schools are the last best hope of this country, that they ought to be gilded marble palaces with budgets that would make a Saudi prince green with envy, and that the average teacher should be outearning professional athletes and pop stars. This represents what has been more or less the consensus view on the left concerning public education for at least a hundred years. It is the master key, the philosopher’s stone, the universal panacea.

Precisely the opposite is true. There are few permutations of the moral, intellectual, and social perfidy infecting American culture and politics today that cannot be laid, in some sense or another, at the feet of public schools. By making this argument, I do not mean to insult public-school teachers, only to criticize the conditions under which they work

In 1947, the British Labour Party politician Graham Savage introduced the London School Plan, which would bring the much more diverse British education system into closer alignment with the American model. Savage had visited the United States previously and was impressed by the democratic nature of public American high schools. He and his ideological progeny sought to import this model to Great Britain, building a “comprehensive” nationwide system of egalitarian government-run schools. Seventy years later they have largely succeeded. It wouldn’t be an exaggeration to say that this has probably been the worst American export ever to arrive on British shores. However, after the automobile, the airplane, and two helpings of liberation from the German armed forces, we were probably due a dud. In the same year that Savage introduced his plan, the author Dorothy L. Sayers, perhaps seeing the writing on the wall, gave a speech at Oxford University entitled “The Lost Tools of Learning.” Reading it this week, I found myself answering the questions she poses in it as if they were asked yesterday.

Have you ever, in listening to a debate among adult and presumably responsible people, been fretted by the extraordinary inability of the average debater to speak to the question, or to meet and refute the arguments of speakers on the other side? Or have you ever pondered upon the extremely high incidence of irrelevant matter which crops up at committee-meetings, and upon the very great rarity of persons capable of acting as chairmen of committees? And when you think of this, and think that most of our public affairs are settled by debates and committees, have you ever felt a certain sinking of the heart?

Have you ever followed a discussion in the newspapers or elsewhere and noticed how frequently writers fail to define the terms they use? Or how often, if one man does define his terms, another will assume in his reply that he was using the terms in precisely the opposite sense to that in which he has already defined them?

Sure, I read the New York Times.

Now that you’ve departed from this mortal coil, Ms. Sayers, I see no reason to explain what Twitter is. But the short answer is yes.

Already in 1947, Sayers had boiled all these troubling phenomena down to the fact that we teach children what to learn, but not how to learn. K–12 education in the United States involves the assimilation of a discrete number of facts into a system of knowledge that is rarely defined or defended, across a series of disciplines that are presented as entirely disconnected from one another. Sayers’s solution to this problem is recourse to the “trivium” of Grammar, Logic, and Rhetoric. These are not subjects in themselves but rather different stages in elementary and secondary education.

Among educators who have put Sayers’s program into practice, the Grammar stage has come to encompass kindergarten through the fifth grade. Its focus is on rote memorization and supplying children with the repository of facts that will provide the raw materials for the next stage of learning. In mathematics, for example, the grammar stage consists of learning sums and multiplication tables by heart. In history, its focus is dates, names, personalities, and anecdotes. English literature concerns the memorization of poems and speeches, geography of place names and so on and so forth. Importantly, theology takes its place here as queen of the sciences, “without which the whole educational structure will necessarily lack its final synthesis.” For Sayers, this means that in the grammar of theology “we should become acquainted with the story of God and Man in outline — i.e., the Old and New Testament presented as parts of a single narrative of Creation, Rebellion, and Redemption — and also with ‘the Creed, the Lord’s Prayer, and the Ten Commandments.’”

The next stage, at which Sayers really breaks from modern educational orthodoxy, is that of formal logic. This provides the structure for the sixth through eighth grades. The purpose of this stage is to instill in students a facility for “the prompt detection and exposure of invalid inference” across disciplines. Algebra and geometry are introduced as sub-departments of logic — the rule of syllogism as applied to number and measurement. In History class, the grammar of theology provides a criterion according to which the different actions of statesmen and forms of government are analyzed and the implicit rational inferences undergirding them subjected to rigorous analysis.

The final stage, ninth through twelfth grade, is Rhetoric. Here the facts of grammar and the rational inferences of logic are employed in debate. The grammar and the logic of theology weave through each discipline, informing debates about bioethics in science, constitutional arrangements in history, and the merits of a given work in English literature. This culminates in the composition of an original thesis that is orally defended before one’s instructor and one’s peers. The classical method thus allows its students to handle facts, formal logic, and free expression in a carefully defined and internally coherent manner. Can this be said for most of the people who walk the corridors of power in Washington or who appear on CNN? Much of the turmoil in American public life this year alone can be attributed to a basic inability to handle information in a sophisticated manner. The siloing of media consumption and the increasing geographic self-segregation of Republicans and Democrats has only accelerated the rate of discursive atrophy in the United States.

The news is not all bad, however. In the Fall 2019 edition of National Affairs, Ian Lindquist wrote an article entitled “Classical Schools in Modern America,” about a growing group of private religious schools that have constructed a K–12 curriculum around Sayers’s trivium, and seek to provide an education that faithfully passes on the classical inheritance we have received from antiquity through to the advent of Christianity. Dismissing the pessimism that often accompanies discussions about education policy, Lindquist argues that “there remains in American life a broad, protected space in which dissenters from the popular culture can construct for themselves and their communities an alternative institutional infrastructure.” He argues that the story of the classical-schools movement “should chasten even the most despairing of today’s cultural Cassandras.” The Logos School in Moscow, Idaho, first opened in September 1981 with a view to providing an education along classical lines at elementary and secondary level. Wider interest was generated by a book written by one of the school’s founders, Douglas Wilson, Recovering the Lost Tools of Learning (1994), which led eventually to the formation of the Association of Classical Christian Schools in 1994. ACCS now counts over 300 schools as members, which teach 40,000 students.

For Americans who still believe in the civic virtues identified by Alexis de Tocqueville as the distinguishing traits of this country, the rise of the classical-school movement should be greeted as good news. It demonstrates that nearly 250 years after the Founding, Americans still retain the ability to form habits of local association that vitiate the need for state power to direct the lives of its citizens. Furthermore, public education is not equipping children in the United States for either scholarship or citizenship. Vouchers and charter schools might be more desirable than the status quo, but in reality their adoption would signal only a move away from socialism to corporatism in this area.

Education demonstrates more clearly than any other policy environment that government (pace Barack Obama) is not another word for the things we do together. It is another word for a geographic monopoly on violence. Community is what we do together, the voluntary and peaceful intermingling of souls in pursuit of a more perfect union. However, working-class American parents will not forsake the guarantee of a public education for their child unless they are sure someone else will be there to give their kids a hand up. Churches, synagogues, mosques, and charities need to demonstrate that they can step up and fund alternatives to the public option in their local community for any family that wants it. The alternative to a welfare state funded by forced confiscation and dispensed by a faceless government department cannot be Dickensian squalor. It must be welfare communities funded by voluntary charity in which benefactor and recipient meet face to face in a human context. Until conservatives have demonstrated their ability to do this at significant scale, progressives will not listen to arguments about cutting federal spending. This is the “small-r” republican aspect of our liberal republic, without which we would not be a nation at all, but a collection of individual economic actors. Education would be a great place to begin its revival. Many Americans already have. 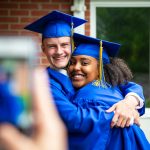 Welcome to Good Soil
The University of Notre Dame and the ACCS teamed up to study the effects of classical Christian education. The results are surprising. “We have research on high SAT scores at ACCS, but a donor asked about how our students turn out spiritually. Or in life. I told him we’ve seen strong Christian world­ views, better thinkers, and better spiritual outcomes from our grads. 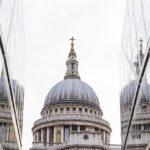 A Social Justice Church?
“Social Justice” is making inroads in Christian churches— even conservative ones.  The surface appeal of “righting the injustices” of poverty, “neo-racism”*, imprisonment, excessive wealth, privilege, and a host of other wrongs is tempting.  But is it really just Marxism? Biblical Injustice vs. Social Injustice: A Crucial Distinction Danger, of course, comes with a hint of […]

Mr Hilditch, I ran across this article regarding the failure of the American public education system, and Sayers’ curriculum/system and also Lindquist’s and Wilson’s work while looking for an email for you in order to congratulate you on “The Geopolitical Risk of the Great Awokening” which I read on NRO but can’t comment on that website.
The analysis you provide in both articles is…