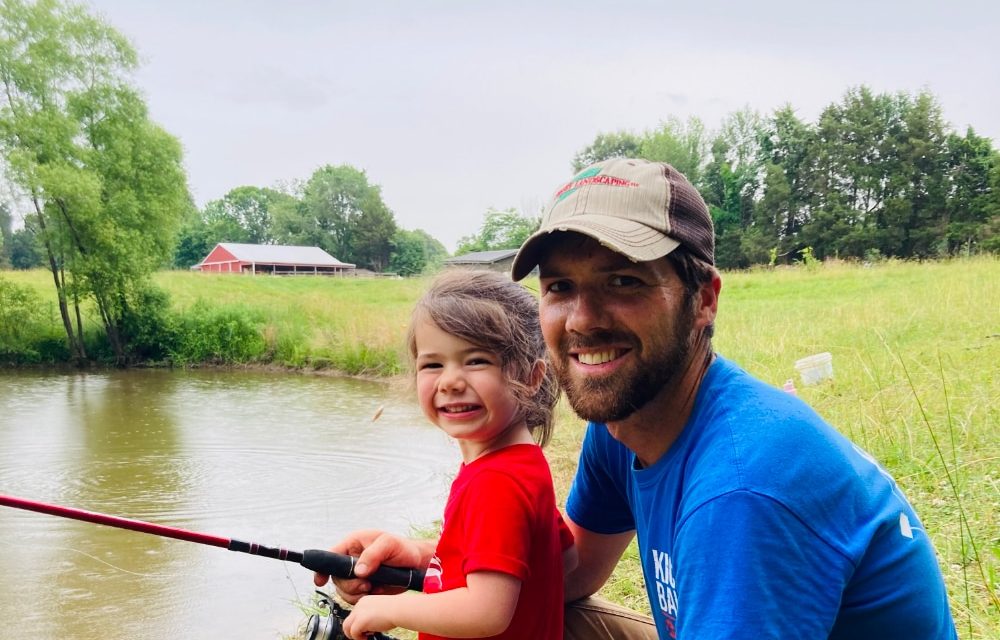 A Westminster Academy alum
recounts the path that led him here.

One spring evening, Frank Roberts, was looking at pictures of his young family and he felt a feeling of thankfulness for all they had been given. “I just felt like we had been given too much not to share. I felt like God had more for us.”

At this time his adopted son, Josiah, had just taken his first steps at the age of two. Josiah was a newborn baby boy who had been abandoned in a house after what appeared to be a home birth. The doctors told Frank and his wife, Virginia, that Josiah would be a vegetable and never walk. But they trusted the Lord and said yes to the adoption. He has thrived with the help of movement therapy and alternative medical care.

Although they had four biological children when they adopted Josiah, the couple did not feel that their family was complete. Before Josiah, the Roberts had a sibling pair placed with them for several months, and through that placement, they were able to lead a child and the mom to the Lord. They have an ongoing relationship with her, and were ready to adopt one of her sons, until a better situation opened up where he could be with his brother. “We were all set up for a little boy. So we told them to call us if there was a need. That’s when we got the call for Josiah.”

Knowing that they couldn’t handle another small baby along with Josiah and their four older kids, the Roberts told the agency they were open to an older girl. “We prayed and said we would say ‘yes’ to any call, but that God should only open the door if it was right for our family.” 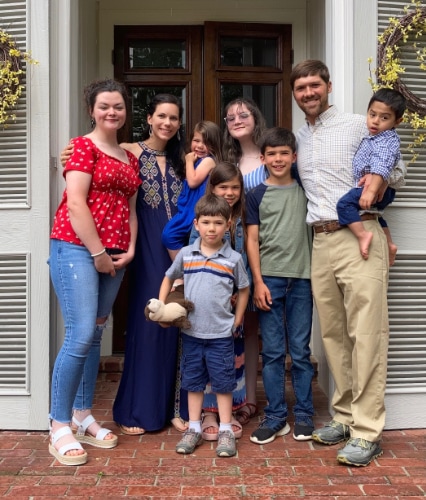 The Roberts received five phone calls, but they didn’t work out for one reason or another, and then they got a sixth call about sisters who were 16 and 17. “We thought—two older, teenaged girls, kind of scary! They could come into our home cussing in front of our small children or with other habits like smoking that we didn’t want around our kids. But for all of the hard stuff that we considered, it was nothing compared to their lives. Their best day was worse than our worst day. And we saw these two beautiful girls who had a need and we said yes.” So Mia and Trinity came to stay with them. After just two days on the farm, the girls looked at Frank and Virginia and asked, “Can we stay here?”

“We said, ‘Of course, you’re welcome as long as you want.’ But they clarified and said they wanted us to adopt them. I know I should say I was spiritual and prayed about it. But we looked at each other and we said YES! We called the case worker the next day, and God has answered so many prayers, opened so many doors, stretched our faith in so many ways that we just know this is right.” The family started working on the paperwork and the adoptions were quickly finalized.

FROM CIVIL ENGINEERING TO FARMING

After graduating from Westminster Academy (Memphis, TN) in 2001 and earning a degree in civil engineering, Frank did not follow what most would call a traditional path. He notes that he was rather disenchanted with the university teachers. “I think part of the problem was that I had such great, engaging teachers at Westminster, when I got to college I thought it would be next-level,” he says. “But my first two years of college, I was so uninspired that I kept thinking, ‘Can I just go back to my high school classes? They were so much better.’ ”

During this time, the Roberts started learning about the industrial food industry and the negative effects of mega-farming on the food supply chain. They decided to add a few chickens to their small, midtown Memphis backyard. “Those were the best eggs we had ever eaten, and we decided we wanted to add meat sources as well. We started with rabbits because it was all that would fit in our yard. We loved it and could see that we would need more land to make it sustainable for our growing family.” 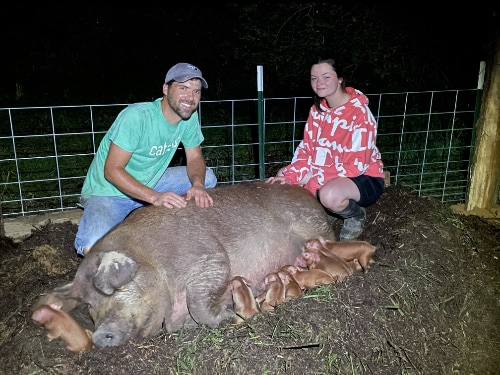 When the oldest of their four children was almost eight years old, they sold their home and purchased a house on 16.5 acres outside of the city limits. “The idea was to be meat independent, but our family outgrew the amount of venison I could put on the table, so we added some steers to the chickens and turkeys.” Now the farm has chickens, turkeys, guinea hens, several pigs, five steers, a horse, cats, and a dog. “I dream of the day we can be self-sufficient from the farm. I would love to have a full-time employee, 1000 chickens, a few dozen pigs, numerous cows, but the Lord hasn’t presented that opportunity yet.” So for now, he supports the expansion of the farm with his work at Memphis Water Gardens.

The Roberts’ family has grown and their lives have changed in ways they couldn’t have imagined just a few years ago. All of the family is thriving. “God does not call us to the systems (adoption, foster care, farming), he calls us into relationships with Him and others. He called us to these families, we’ve seen miracles, salvation, and lives changed, ours being the first!”

Learn more about their farm, support their business, or even schedule a tour!