For the purpose of argument, “go medieval” with me for a few minutes… Jettison the oh-so-contemporary word “innovation” from your vocabulary. It was not a central word in the medieval vocabulary. It didn’t need to be, because the medievals had memory instead. You, with your laptop and iPhone, reply, “Why memorize, when I can look it up?” The medievals would have been unimpressed, because they knew the impossibility of learning the material in the middle of the test. And they spent their time preparing for tests: tests of will, of knowledge, and, most importantly, tests of virtue. Yes, memory was central to intellect but, more importantly, it was central to character formation. In solving any problem, confronting any temptation, medievals trusted that memory was their sharpest weapon; memory formed the person and the person then worked in concert with the Creator to bring information and philosophy into conversation with each other. A copious memory = dilemma solved, temptation thwarted.

Have I convinced you to take a quick journey into the world of medieval mnemonics? If so, prepare to be impressed by dead men. An eminent medieval scholar, Thomas Aquinas, had built “treasure houses of memory” by memorizing the libraries at the religious houses he had visited early in his life. When the council to determine his sainthood was convened, his contemporaries had more praise for his memory than for any of his other (notable) traits. During his most productive years, Aquinas had dictated to three or four secretaries, and on different subjects, at the same time! Apparently, in comparison to his feats of memory, Aquinas’s friends considered the Summa Theologica an unremarkable accomplishment.

It bears reminding that Aquinas did not spring up as a fully-formed intellect without the fertile intellectual training ground of the monastery. Training in memory, virtue, and spiritual disciplines were an inheritance from his teacher, Albertus Magnus. Magnus had prescribed creativity in images-for-memory because he saw himself putting memory into the service of scholasticism, yes, but also toward virtue. He insisted that his students memorize their sermons, prayers, and Psalms by bringing into association specific, startling, humorous, and grotesque images, linked one to another. Each image was either a pun on a word or an idea or it was a specific representation of the word or idea. These connected images were then to be mentally “placed” against specific, well-lit architectural backgrounds. Magnus developed this mnemonic, but it was based firmly in the work of ancient scholars such as Socrates and Aristotle, who said that architectural memory mnemonics even preceded them. The types of architectural backgrounds which framed Magnus’s mental images were those already familiar to medievals: the cloister garth, the spaces between architectural columns (intercolumnia), the rooms and hallways of hospitals, and the chapels and hallways of churches.

I have used this technique in my Latin classes to help my students connect their noun cases to some of the common noun usages. They begin by closing their eyes. We knock on the ostium (door) of an imagined villa (country house), where we are greeted by the ostiarius (doorkeeper). From the doorway, we proceed to the atrium (reception room) of “naming case nominatives,” where we name many objects and characters in the room: amphora, impluvium, aqua, canis, finally meeting the domina (mistress) of the house. As we approach each word, we imagine it as the subject of a sentence. When we finish with each nominative case word in the room, we proceed to the next room, where more word-images are imagined in the context of a different noun usage.

Hugh of St. Victor, teaching a century before Aquinas, was also a man of many precepts centering on memory. However, Hugh reserved his opinions to the importance of books and how books ought to be used pedagogically. Seen in light of the heavily illuminated manuscripts studied by his students, Hugh’s dictates argued for an image and text-dominated book. For Hugh, the verb “study” was nonsensical apart from the context of word and image. To “study a book” meant to memorize the locations of words, what they said, and the supporting cast of images surrounding each bit of imparted meaning. He would have recoiled in horror at e-readers, which occasionally change their pagination and appear always the same — static and lifeless — inasmuch as they are “pageless.” Instead, Hugh emphasized memorizing — yes memorizing — the “color, shape, position, and placement of the letters… in what location we saw (something) positioned, in what color we observed the trace of the letter or the ornamented surface of the parchment.” He considered these attentions the most important stimulant to memory. He insisted that his students always study from the same text, not reading the paperback by day and switching to the Google book by night. He asked his students to re-write texts in their own words, and argued that changing the words was always acceptable as long as one did not change the sense of a text. Finally, because he too believed in the power of memory to inculcate virtue, Hugh insisted on the necessity of dividing each test in order to remember it quickly in its sense.

This theme of division features heavily in the scholarly wisdom surrounding memory. To us, it seems a strange priority. Why division? First, because breaking down a big idea into its component parts, or a vast expanse of text into smaller sections, is the only way to fit information into the human brain for the long-term. We can only make sense of five to seven pieces of information at once. And we only understand major concepts if we have adequate mastery of the smaller ideas which make them up. Division makes us the master of our material, whether it is mere data, an analysis of that data, or ethical training. Quick, right thinking is what we need most in the middle of a test, a dilemma, or a moment of temptation. In intense moments, we cannot afford the time to reason with ourselves; we often act “from the gut,” enacting desires long incubated within the farthest reaches of our hearts. Our ability to see ourselves and our own actions in light of their implications must be somewhat immediate; our “rehearsed” actions must already be in memory. Again, the middle of a test is the wrong time to learn the material! Therefore, proper division leads to a proper memory for virtue.

Mary Carruthers, in her comprehensive work “The Book of Memory”, reminds us of an especially striking analogy demonstrating the relationship between division and virtue. She argues that Francesca da Rimini and Paolo, Dante’s lovers in Canto V of “Inferno,” willed themselves into the clutches of adultery because they stopped reading in the wrong spot. Their failure to properly divide the poem of Launcelot and Guinevere was the crucial event which precipitated their sin. Carruthers argues that if only they had read on, they would have seen that Launcelot and Guinevere’s nemesis lurked nearby, smiling upon their intrigue because she herself was intriguing with greater insight. Their adultery guaranteed their downfall and the destruction of Arthur’s happiness as well. Because they “read no more that day,” Francesco and Paolo found themselves in hell. Hearing their story, Dante weeps at the implications for the lovers and then faints.

We live in a postmodern world; going medieval has its limitations. Nevertheless, as educators and parents seeking to teach more “classically,” medieval scholasticism is “the rock from when we were hewn.” It is time that we put the deep power and weighty responsibilities inherent to memory back in their rightful place. Each of us is called by God to do something; our calling requires learning from teachers and texts, memorizing material, dividing and recollecting information, ideas, and the “sense of a thing” with more immediacy and mastery than what is permitted by the random furnishings of Google. With the contemporary emphasis on “innovation,” memory matters as much as it ever did. Only those who can recall words and ideas, and then call them into conversation with one another, will create new things of usefulness and beauty. The medieval scholars still have so much to teach us in this regard.

For further exploration, these concepts and others are thoroughly explored in Mary Carruthers’ The Book of Memory. 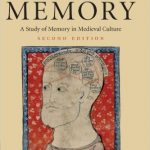