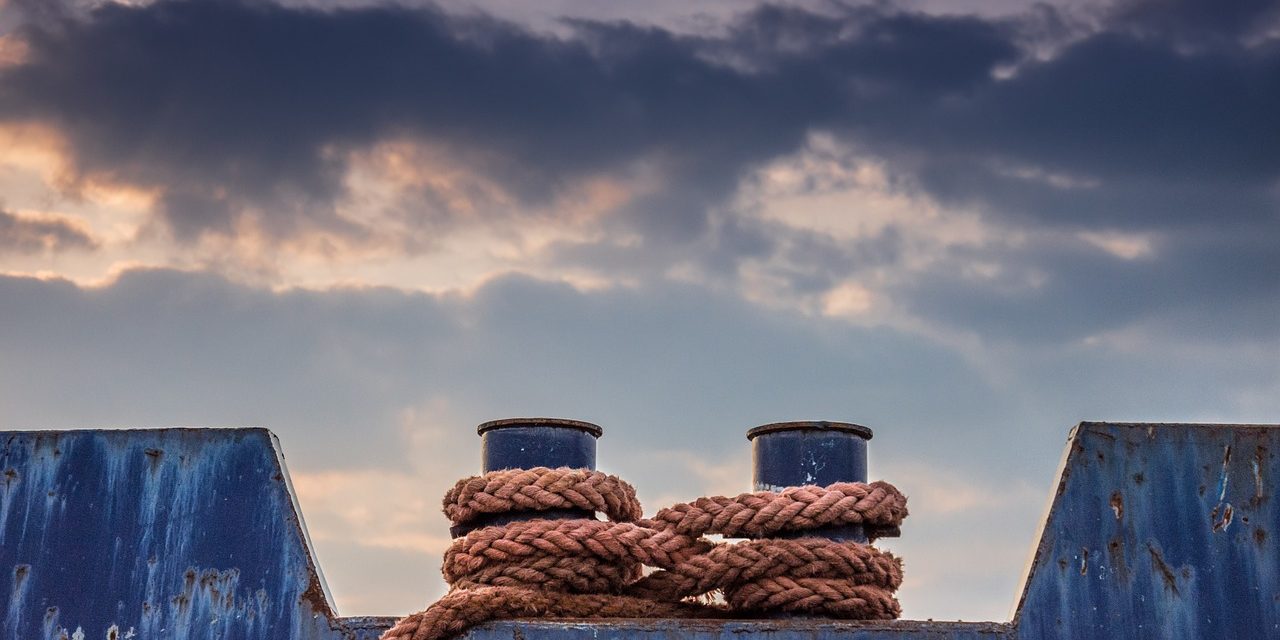 The teachers and the curriculum at classical Christian schools work together to raise up generations of strong, smart, principled human beings, readying them for a time we parents one day won’t see. If we want to secure our children’s future, they must understand the foundational truths that govern their nation, their world, and their faith.

A Long, Wide View of History 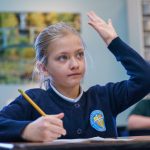 CCE’s method for teaching history is simple and, as Susan Wise Bauer writes, logical—“from beginning to end.” The Ancients mark the beginning, followed by the Medieval and early Renaissance periods, into late Renaissance and early modern, and wrapping up with modern times.

This global view of history furnishes the big picture. While American history is important, for instance, the United States is a relative 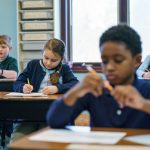 newcomer on the world stage. A lot happened elsewhere before America took shape. Those happenings spurred the birth of our nation. The classical curriculum sets that into perspective. It beckons students beyond themselves–beyond where they live and what’s familiar.

In taking a long, wide view of history, the classical curriculum once again draws students away from their human inclination to be self-absorbed. Bauer writes:

A common assumption made by history programs seems to be that children can’t comprehend (or be interested in) people and events distant from their own experience. So the first-grade history class is renamed Social Studies and begins with what the child knows—first herself and her family, then her community, her state, her country, and only then the rest of the world.

This intensely self-focused pattern of study encourages the student of history to relate everything she studies to herself, to measure the cultures and customs of other peoples by her own experience. If you begin your child with herself and only then move outwards, you can easily give her the impression that she is the center of the universe, and that history which doesn’t directly coincide with her particular wants and preoccupations is unnecessary.

The goal of the classical curriculum is entirely different. The student learns the proper place of her community, her state, and her country by seeing the broad sweep of history from its beginning and then fitting her own time and place into the pattern.

Original sources in literature, philosophy, and theology are used to show how ideas and their consequences have played out over time. The Association of Classical Christian Schools says there’s an emphasis on “the cultural and religious influences present throughout history and understood in philosophy and literature.”

Such an approach lends depth and insight to the way students are taught. Once again, as a parent, I see it producing fruit. My children already make connections and discern historical patterns that often repeat. As they continue to practice this, it will deliver untold value over the course of their lives.

The original sources are a rich and diverse collection, because classical Christian education embraces secular classics as well as the Bible. This is in keeping with evangelical tradition. Author and professor Louis Markos points to the medieval Catholic and classical pre-Christian world, where evangelicals “realized that by wrestling with the classics, they could gain a more holistic vision of how God has worked in history and thus become more effective ambassadors for Christ in a modern and postmodern world.”

Even as classical education gives my children tools to live by, it’s also helping them die—to the baser sides of themselves. It sparks a habit they’ll need to pursue as long as they walk the earth: setting aside their selfish pursuits.

GALATIANS 5:24-25 — DYING TO SELF: “Those who belong to Christ Jesus have nailed the passions and desires of their sinful nature to his cross and crucified them there. Since we are living by the Spirit, let us follow the Spirit’s leading in every part of our lives.”

Our children will influence America’s increasingly bankrupt culture— and the wider world—by creating culture. The roots will rest in part on what they learn at school: the truth of the gospel, and the reality that Christ is the source of all that’s good and beautiful. Their K–12 education is empowering them to reach into the lives of others and shower them with the generous redemption of the cross. ✤

Reference: The Rise of the Bible-Teaching, Plato-Loving, Homeschool Elitists: How Evangelicals are Becoming the New Champions of the Pagan Classics,” Christianity Today, September 2019, Volume 63, Issue 7.

Read Our Anchor, Our Hope (Part 1)