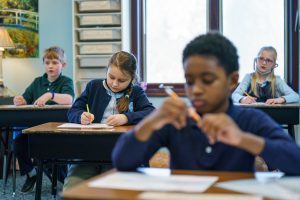 Author Susan Wise Bauer says the two demand vastly different habits of thought: “Language requires the mind to work harder; in reading, the brain is forced to translate a symbol (words on the page) into a concept. Images, such as those on videos and television, allow the mind to be passive. In front of a video screen, the brain can ‘sit back’ and relax; faced with the written page, the mind is required to roll its sleeves up and get back to work.”

Kids’ minds are hard at work in CCE schools. They’re steeped in the ancient 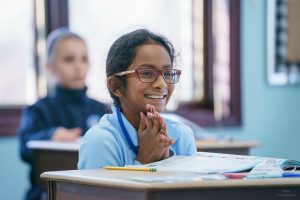 practice of memorization—an art and a science all but lost in modern education. In his book, The Shallows: What the Internet Is Doing to Our Brains, Nicholas Carr writes:

By the middle of the twentieth century memorization itself had begun to fall from favor. Progressive educators banished the practice from classrooms, dismissing it as a vestige of a less enlightened time. What had long been viewed as a stimulus for personal insight and creativity came to be seen as a barrier to imagination. … Don Tapscott, the technology writer, puts it more bluntly. Now that we can look up anything “with a click on Google,” he says, “memorizing long passages or historical facts” is “a waste of time.”

Memorization isn’t a waste of time. CCE emphasizes it across all subjects and grades. Starting in kindergarten, students 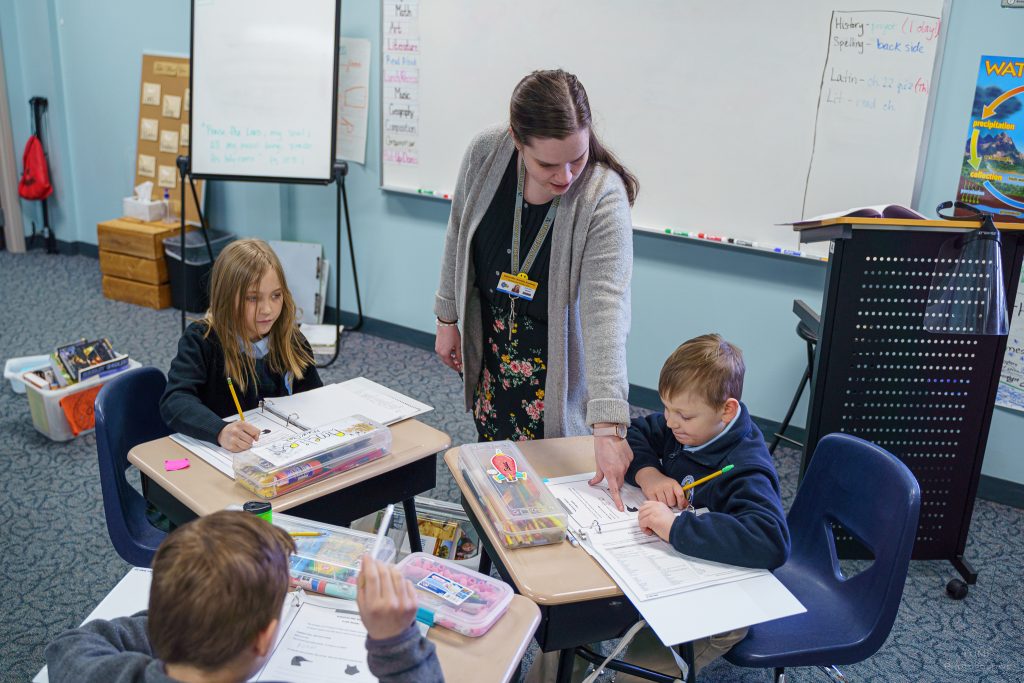 memorize and recite timelines, poems, and historical facts. With the help of songs and chants, the information plants itself in the children’s brains—and never seems to leave.

William James said in an 1892 lecture on memory to teachers, “The art of remembering is the art of thinking.” The current belief that it’s “liberating” to offload memory to search engines is wrong, Carr says:

When we outsource our memory to a machine, we also outsource a very important part of our intellect and even our identity. William James, in concluding his lecture, said, “The connecting is the thinking.” To which could be added, “the connecting is the self.” … Culture must be renewed in the minds of the members of every generation. Outsource memory, and culture withers. 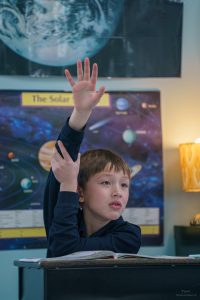 Memorization builds memory muscle. that muscle bolsters kids’ understanding of culture, and their ability to pass it on to future generations. It reinforces their true identity—the one they have in Christ, which is more important than anything. They don’t realize it now, but memorization is indirectly preparing them to do the Lord’s work once they leave the safety of their school’s halls.

Language, memory, and critical thinking—these are among CCE’s top priorities for its students. My hope is that once our children reach adulthood, they’ll be equipped to do far more than survive in our increasingly secular and shallow culture. Ideally, God’s armor will be as much with them as the color of their eyes. It will guard and guide them as they help point our nation back to God, and serve as the hands and feet of Christ. that will make all the difference. ✤