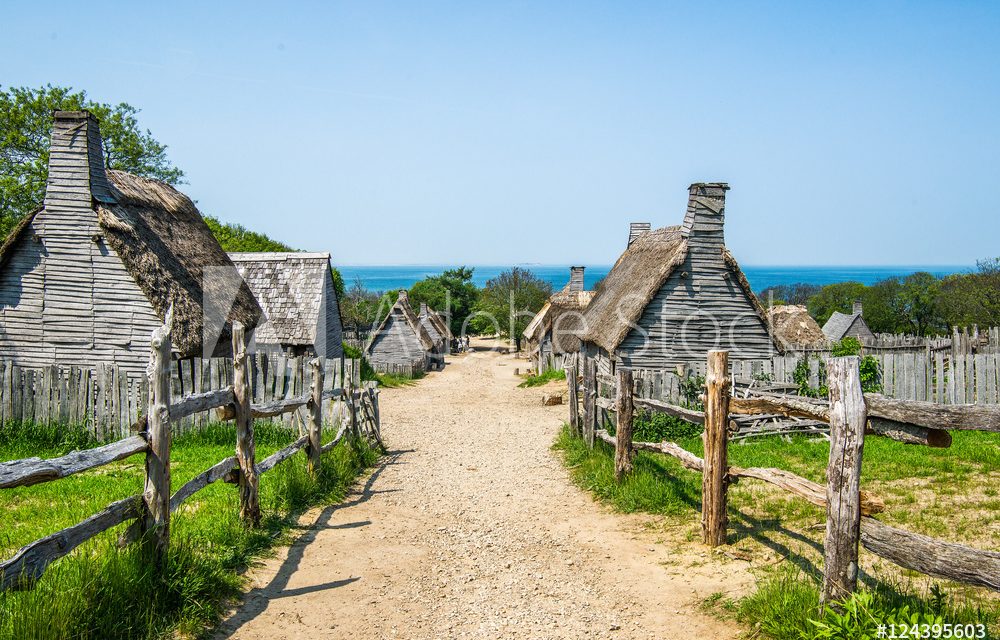 THIS YEAR IN HISTORY

The Pilgrims needed two things to immigrate to America: funding and a charter (permission) to start an English colony. Charters came from the Virginia Company of London, a corporation tasked by the Crown to support the settlement of colonies in the New World. At this point in time, the Virginia Company was on the brink of failure. They could no longer fully fund the settlement, but they obtained a partial grant from the Crown (although somewhat reluctant to fund religious dissidents). Additional financing had to be found elsewhere. It came at a high cost to the Pilgrims.

A BIG RISK AND A HARD BARGAIN

The Pilgrims explicitly instructed their representatives, John Carver and Robert Cushman, to not “entangle yourselves and us in any such unreasonable [conditions, such as that] the merchants should have the half of men’s houses and lands at the dividend.” But London’s investors knew very well that New World ventures were high-risk. 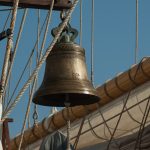 The Merchant Adventurers of London, led by iron merchant Thomas Weston, agreed to finance a loan with a promise of interest, 50% share of the profits, and 50% of all assets at the end of seven years. In hopes of safeguarding their returns, they stipulated that during those seven years, the Pilgrims were to live communally, keeping all resources in a “common store” to disburse equally to the members.

Having already sold their property in Holland, the Pilgrims reluctantly agreed to the terms. When they arrived in the New World, they established their own form of government—a self-governing republic—but their economy abided and operated under the bylaws established by the Virginia Company of London. Devastated by illness before their settlement could be established, their first full year in the New World (1621) would add economic problems to their hardships. 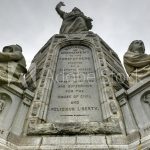 Issues arose almost immediately. Hard workers felt exploited by those who felt less need to work. Everyone could demand an equal share of goods from the common storehouse. The result was resentment, ongoing conflict, and ultimately refusal to work. This was compounded when an additional 35 colonists were sent by the investors on the second ship, Fortune, who brought little food or clothing.

Governor William Bradford reported in his journal that there was constant thievery of the storehouse, corn and vegetables were not cultivated or were left to rot, and able-bodied men feigned sickness. Men and women refused to work in what they viewed as an unjust system. Economic failures and physical hardships brought famine and ultimately the plague of 1623.

Under communal land stewardship, the community was afflicted by an unwillingness to work, by confusion and discontent, by a loss of mutual respect, and by a prevailing sense of slavery and injustice. —The Hoover Institute

Anger and resentment grew among those who did the lion’s share of the work, so they be came less willing to work. As a result, the colony could not produce enough food to feed everyone. This is a common problem with socialism everywhere it has been implemented. —Carole Hornsby Haynes, Ph.D., Columnist for EducationViews.org

MEN ARE NOT SMARTER THAN GOD

Governor Bradford described the communal system as a failure. He further wrote that even though it was attempted by good and honest men, not only did it fail, but it brought out the worst in them. He concluded it was a mistake to believe:

… that the taking away of property and the possession of it in community, by a commonwealth, would make them happy and flourishing; as if they were wiser than God. For this community (so far as it was) was found to breed much confusion and discontent and retard much employment that would have been to their benefit and comfort. … The strong, or man of parts, had no more division of victuals and clothes than he that was weak and not able to do a quarter than the other could; this was thought injustice. The aged and graver men to be ranked and equalized in labours, victuals, clothes, etc., with the meaner and younger sort, thought it some indignity and disrespect unto them. And for men’s wives to be commanded to do service for other men, as dressing their meat, washing their clothes, etc., they deemed it a kind of slavery. (Excerpt from Governor Bradford’s Journal)

On the brink of extinction from starvation and sickness, and with the advice of the colony leaders, Bradford assigned each family their own plot according to their size. He reported that once they were given ownership, men who had feigned illness were suddenly out in the fields working. Women, who viewed the communal chores as slavery, were satisfied to work for their own families. Immediately the economy began to improve. Property in Plymouth was further privatized in the years ahead. Their debt was fully repaid in 1648. ✤