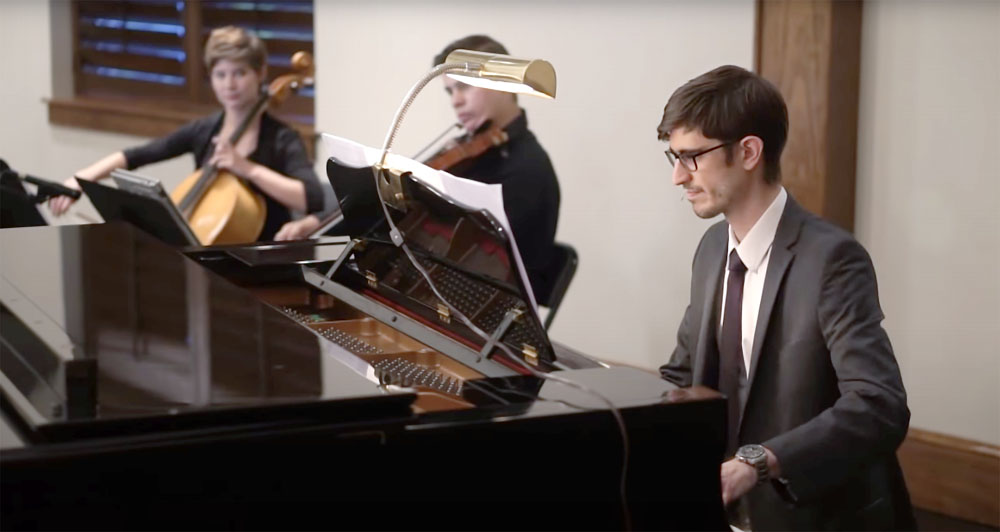 DESTINY IS A MASTER OF DISGUISE.

Alex Dwyer’s came as an intriguing job offer, totally unexpected, from a school on the far side of the world—a chance to serve God, help others, and maybe find a little adventure along the way. Trouble is, the school’s Indonesian administrators wanted teachers with a college degree, and Dwyer had only just finished his freshman classes. School officials offered to hold the job for one year. That gave him 12 months to finish 36 months’ worth of advanced education.

Dwyer did it … without ever setting foot on a university campus. Through something called the College Level Examination Program (CLEP), he tested out of 26 required courses—one test every two weeks. During those two weeks, he read all of the required books and materials for each college course.

“People said I was a genius,” he says, laughing, for he knows better. So, he says, do the teachers from Maryland’s Rockbridge Academy, the then-fledgling Christian classical institution where he attended elementary, middle, and high school (or, as he refers to it, “grammar, logic, and rhetoric”). At Rockbridge, he remembers many scoring higher grades while he was “happily sitting in a corner, not saying anything.”

But despite that—and because, he says, of the teachers who worked so hard to draw him out of that corner— he emerged with the formidable spectrum of skills he needed to pass along some of his teachers’ hard-earned wisdom to hundreds of other students in that land far away.

“When I was in school,” Dwyer says, “I did not enjoy talking. To think that I would one day be standing in front of a classroom of 20 kids, teaching them logic and rhetoric and Bible and English and music, would’ve freaked me out. A Jonah situation—I’d have just run the other way.”

Instead, he invested eight years of his life in students at classical Christian schools in and around Jakarta, Indonesia, where he found his calling, his wife, and—to his astonishment— the fruition of many gifts that first took seed in his Rockbridge classrooms.

Rockbridge was only a year old when Dwyer started first grade there; he and the school came of age together. His class was the biggest: six boys and six girls, and he quickly came to appreciate the intimacy of that tightknit community.

“You knew everybody,” he says. “I loved that aspect of it, the communal environment … having teachers who were patient, who were faithful to teach and say, ‘This is going to be hard, but you’re going to do this, because you can.’”

“You knew everybody,” he says. “I loved that aspect of it, the communal environment … having teachers who were patient, who were faithful to teach and say, ‘This is going to be hard, but you’re going to do this, because you can.’”

He noted the importance of “being winsome, especially when dealing with teenagers. You have to walk a mile in their shoes, and try to understand the things that motivate them, that are driving their emotional responses—their fears, anxieties, joys, the things that really just make them happy.” Those observations would soon pay off for Dwyer in a big way.

So did the enormous amount of reading and writing expected of Rockbridge students. Required volumes like Mortimer Adler’s How To Read A Book, he says, taught him the most essential life skill of all—discerning, whether reading a book or listening to an argument, the difference between “this is not worth my time,” and “these things are really worth chewing over.”

“One of the criticisms of classical education,” Dwyer says, “is that ‘it’s all philosophy, it’s not practical.’ I’ve thought it’s quite the opposite.” That became particularly evident when he arrived to teach in Indonesia—without knowing Indonesian.

“I didn’t take a course, didn’t read a textbook,” he says. Instead, he listened to a podcast, and fine-tuned his charades skills with his roommate—who didn’t speak English. What helped him most, though, were the tenses and structures he’d learned in his Rockbridge Latin classes, which he used to parse the grammar of his new language.

In time, he learned the vernacular well enough not only to interact with the people and the culture, but to court one of his fellow teachers, Eska, ask her Indonesian family for her hand, and get through the Indonesian wedding ceremony with dignity.

Dwyer taught a little of everything, in a 700-student K–12 school that drew Christian, Buddhist, Hindu, and Muslim students. He quickly ran up against one big obstacle to classical education in an East Asian setting. The Socratic method—in which teachers stir critical thinking by engaging their students in conversation and debate— doesn’t fly well in a culture where children are raised never to question or disagree with their instructors.

“That was probably the biggest challenge,” Dwyer says. “You had students who were silent out of respect, and those silent out of ambivalence—they didn’t want to be there.” As he learned to experiment, adapt to, and—in time—surmount those cultural impositions, he often found himself asking, ‘Is this what my teachers would have done?’

“And, honestly, nine times out of 10, the answer was probably ‘no’ … because my teachers weren’t teaching in Indonesia. That was a helpful reminder that the classical model is, in fact, a ‘model’ we’re still figuring out.” Modeling Christ he found even more challenging: trying to be a godly influence in a culture he still didn’t fully understand.”

“It made me very self-conscious,” Dwyer says. “You want to be careful.” His best opportunities came during what soon became his favorite part of the school day—the counseling hours after classes were over. “Students would come and sit in my classroom, and we’d just talk. For me, those were some of the most precious times, in terms of, ‘I know God is using me, and this is worth it.’ ”

“The effect that a teacher can have on a student is different from what a parent can have,” he says. Teens, in particular, would tell him things—maybe, he says, because he was young, single, and American—that they wouldn’t share with their mother or father. “It did open up conversation … from Christian to Christian. And even Christian to non-Christian, where you’re able to speak the truth of the Gospel into someone’s life, and to open the Bible.”

Rewarding as they were, the after-school sessions made Dwyer feel his lack of training as a counselor, and his need for “theological accountability—just to have people checking up on me. When you don’t have that, there’s a struggle, on the mission field … a lot of people drift.” He also felt a growing sense of a call to the ministry, and missions. As a result, he recently returned to the U.S. to take up seminary studies, hoping soon to return to Indonesia and plant churches, or schools, or both.

Indonesia “changed the trajectory of my life,” Dwyer says. “I was bitten by the mission bug, the travel bug, and everything that goes along with that. It helped remind me that this world is not my home.”

He admits that, for families in particular, missions work is a no-win situation; he and Eska are always away from 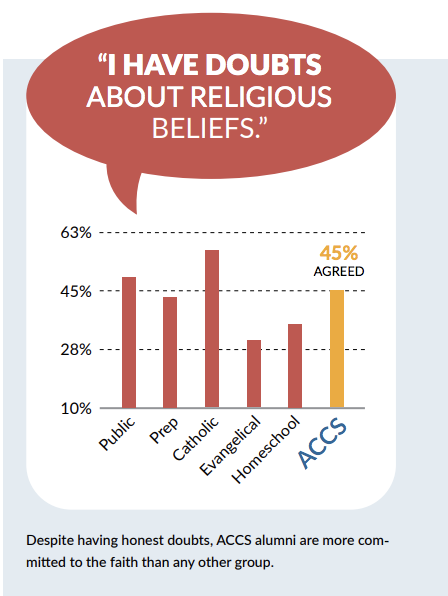 one of their families, one of their homelands. “In missions work, you’re always saying goodbye to someone.” But, “that’s life,” Dwyer says. “We don’t do things because they’re easy. We take them up because they’re from the Lord—and if He blesses them, hard though they might be, they will be for our good and His glory.”

ALEX DWYER graduated from ACCS Accredited school Rockbridge Academy in Millersville, Maryland, in 2008. After eight years of teaching at classical Christian schools in Indonesia, he currently attends Greenville Presbyterian Theological Seminary. He and his wife, Eska, have two children, and he enjoys leading music and worship in their local church.

CHRIS POTTS is a writer in Glendale, AZ.