Rhetoric: Tectonic Plates or Icing on the Cake? 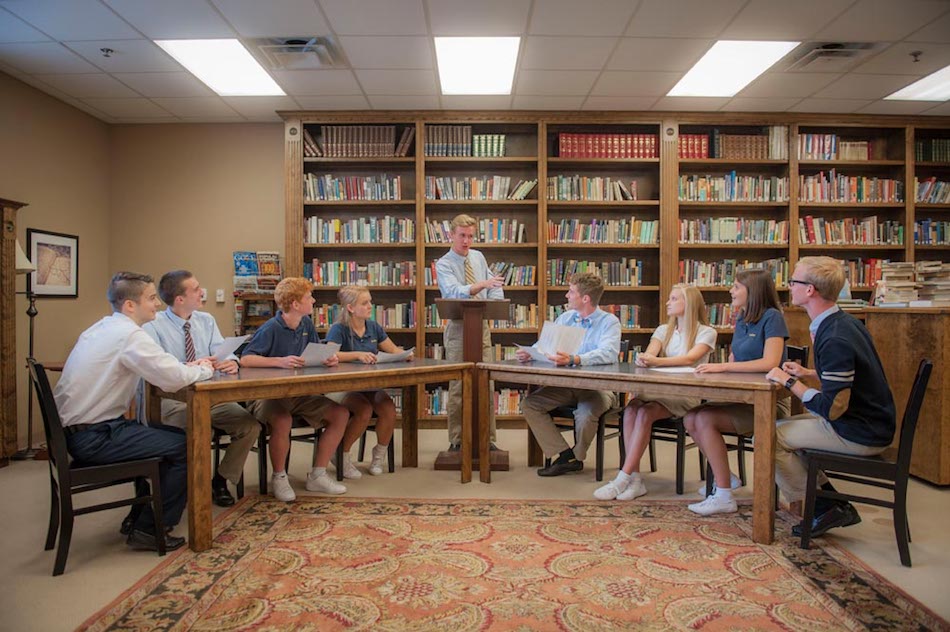 These axioms are a nightmare to some, like famed atheist Christopher Hitchens. Hitchens argued in his book God Is Not Great that the God of the Bible is a megalomaniac. I can see his point. But only because I can see his point of view.

As Hitchens saw things, the universe is an accident that ever improves through evolution. Man is this “blind watchmaker’s” greatest achievement. And thus, Hitchens offered an opposing set of axioms: What if Man is the greatest and highest of all creatures, the pinnacle of evolution? What if Man orders all things according to his purposes? These two juxtaposed sets of axioms, Christian and humanist/progressive, represent the bedrock worldview foundations of our day. Hitchens was not a prophet; he was more like a town crier. He simply explained what was already implicitly accepted as “truth” for a large swath of our culture.

These two opposed sets of axioms form what I call the “Grand Antithesis” in our day. Through cultural appeasement, twentieth-century Christians have unknowingly allowed others to shape our loves, virtues, and passions to align with the progressive/humanist’s viewpoint. Most of us are incapable of purposefully connecting the underlying axiom, about who we are and what we’re here for, to our everyday lives. We are enslaved because we do not know how to be free.

This is where the liberal art of “rhetoric” comes in. It’s called “liberal” (from the Latin “liber” meaning “free”) because it trains the mind to probe down to unstated, underlying assumptions, and therefore be free to think independently.

When we think of rhetoric, we tend to think of it like “the icing on the cake.” We teach students to speak well (the icing), so that their good Christian values (the cake) can be influential in our culture. The practice of rhetoric affects the soul much more deeply than that. It is more like the tectonic plates forming the landscape than the icing covering a cake. It is fundamental, not decorative. It changes how we think.

As surely and slowly as tectonic plates drive deep into the earth to push up continents, one side or the other of this Grand Antithesis will move our children. Do they believe they were created to glorify God? Or do they believe they are gods who can define reality their way? Our kids will end up on one side of the fault line or the other, or they will be buried beneath the mountain range in between. They will either be caught in the undertow of ideas that lead to destructive and miserable lives, or they will be perched atop the continental shelf, standing against the flow of the errant views of our age.

In classical Christian schools, we start with this: “God created us and everything else for one singular purpose: His glory.” We teach students logic: What if this axiom is true? What follows? How should you live, given this purpose? Then, we read and discuss great ideas from great thinkers in great historical cultures, written in great texts. Students practice emulating the best arguments of these great texts, because there’s nothing like emulating a master to learn an art. And the art of rhetoric teaches us that good arguments, after all, connect bedrock axioms with practical daily truth.

Through this process, students learn to think well, to view our universe as one big system that fits together, and to understand this system as it reflects “God’s glory, alone.” This is practiced, not just taught. Over time and through this practice, the student’s loves, virtues, and passions are shaped within the order of God’s world.

The only basis for genuine
human rights and dignity is
a fully biblical worldview.
Because Christianity begins
with a transcendent Creator,
it does not idolize any part
of creation. And therefore it
does not deny or denigrate
any other parts. As a result, it
has the conceptual resources
to provide a holistic, inclusive
worldview that is humane
and life affirming. This is good
news indeed. It is the only
approach capable of healing
the split in the Western
mind and restoring liberty in
Western society.

A Call to Resist the
Secular Assault on Mind, Morals, and Meaning