Standing Up for the Truths That Shaped Him 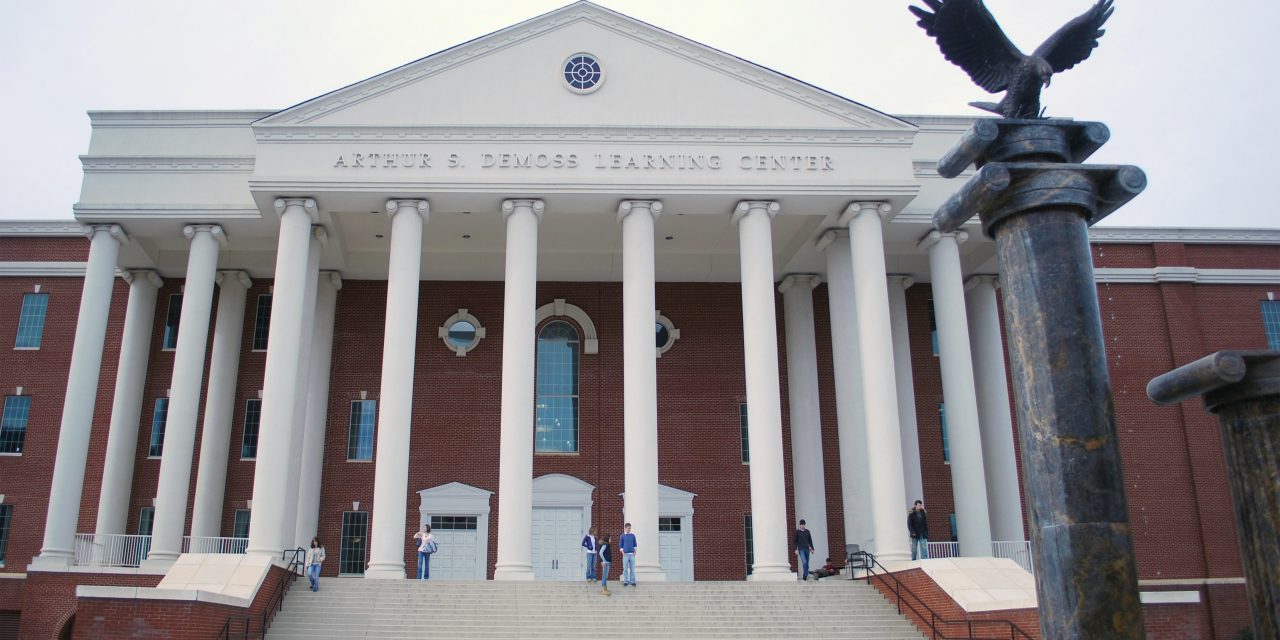 It really doesn’t take much these days to stop a debate. Just a few weeks into his first year at Liberty University, Tim Parsley joined in a raucous theological debate on his dorm floor. What began as a personal discussion involving two undergrads eventually grew to a memorable—and lively group of 30.

After listening to the ever-expanding arguments for a few minutes, Tim joined in, mentioning G.K. Chesterton and 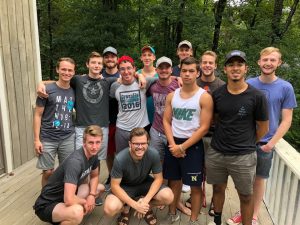 Dante to form the essence of his response, and receiving, as he puts it, “immediate silence and stares from everyone.” It was then that Tim believes he was “instantly labeled as the classicist (a.k.a., ‘intellectual’) in the group.”

A graduate of Trinitas Christian School in Pensacola, Florida, in 2017, today Tim is well known at Liberty for having a keen, independent mind. His ancient philosophy courses at Trinitas had trained him to value reason as championed by Greek philosophers like Aristotle.

But, as a first-year student, his classical Christian worldview and critical reasoning skills were tested more than on his dorm floor. Interactions beyond Tim’s dorm friendships, especially in some of his classes, were sometimes a struggle. He had to negotiate the differences between the approach at Liberty—a school that he calls “the epicenter of contemporary Christianity”—and the classical Christian coursework he enjoyed at Trinity.

“Suddenly, I found that sources and arguments which were previously deemed persuasive were now defunct among a brand of the church that looked to different authors, pastors, and theologies about music, television, and parenting,” Tim notes.

However, Tim had resources that not all first-year college students have. He had his teachers back at Trinitas, instructors in Greek, medieval history, and literature like Joshua Gibbs and Sean Hadley. Tim contacted his former teachers at Trinitas with tough, new questions, stemming from his experience at Liberty, where he was feeling thrown alone into the lion’s den. This ongoing colloquy with his high-school mentors strengthened him, reminding him of the tools he had developed at Trinitas to examine all questions with through going research and reason.

As a result, Tim hung tough with his defense of ancient sources in the classroom at Liberty, despite teasing by some of his peers. And just like with his new first-year dorm friends, now his classmates began to seek out his opinions on difficult intellectual questions often left unanswered in the contemporary world.

Tim explains how he went to great lengths to make connections by understanding his fellow students and their own sources of inspiration, as he had been trained to do at Trinitas.

“People were often incredulous when I talked about a theology of food or film. Or found out that I was very serious when I handed out copies of Boethius and Augustine as Christmas gifts. There was never anything hostile, we were all lighthearted without being irreverent. Eventually, people who often disagreed with me would start coming to me with questions, not for my opinions but for the ‘opinions’ of the past.”

Tim is now known as the independently-minded student who quotes books from the fourth century like his peers at Liberty quote contemporary Christian musicians. Moreover, some of Tim’s professors at Liberty are pleasantly surprised to have a student of ancient philosophy and medieval theology in their class adding to the intellectual mix on campus.

“By no means do I, or anyone else, consider myself to be an authority, but I am respected for having passed through the refining fire of dissension and having emerged an even more classical Christian on the other side,” Tim notes. He has come to appreciate even more the depth of thought and understanding from those years of reading and discussion at Trinitas and how he can share that foundation with others struggling with the big questions of life.

For his Senior Research Thesis, he plans to present a paper synthesizing Aristotelian ethics, Augustine’s City of God, and the value of customer service in the workplace. His teachers at Trinitas must be proud.

Tim learned to stand up winsomely for the truth. At the same time, he is genuinely willing to learn more regarding the beliefs of his peers. Now he is ready to engage the business world, where co-worker perspectives will be more diverse yet—and opportunities to learn and serve are even greater. 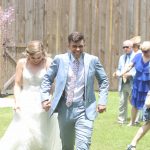 TIM PARSLEY attends Liberty University on a four-year scholarship to study marketing. He has added to his original marketing program additional tracks in entrepreneurship, project management, and marketing analytics. He became part of a spiritual leadership team on campus, and, last August, married a fellow Trinitas classmate, Chloe Gregg Parsley, who works as a nurse at a Lynchburg hospital. They hope to return eventually to the Pensacola area.