The Classical Education of Boris Johnson 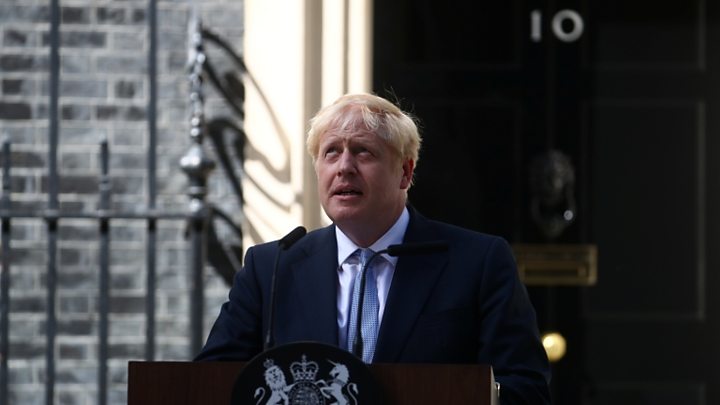 The Classics are Beyond Useful

Did you know the new Prime Minister of Britain can recite Homer’s Iliad, in Greek? This is a fun interchange: Watch Here.

Many people think that a classical education–particularly one with a heavy focus on Greek and Latin–has little technical use in the modern world.

Classical educators rebut this by proving there is practical use and defend the study of the classics for precisely that reason.

“Greek and Latin permeate modern languages like French and Spanish. They can be used in medical and legal terms. They even increase student SAT Scores!”

Yet, this usefulness-based view of the classics, whether it is out of ignorance (like its critics) or genuine appreciation for results (like those who cite it), misses their true gift.

The Education of Boris Johnson

Before he started a career of editing, writing, and later public service, Johnson was classically trained at a British boarding school in Eton. He then went on to study at Oxford University.

His study of the classics has had much “practical” use. His magniloquent eloquence, along with his charm, is widely considered the main reason he is able to form coalitions and win over the majority of his country.

But is this the reason why he studied the classics? If he did, I don’t think he would be taking the time to attend the Writer’s Festival in Melbourne to dazzle them with a recitation of the first 100 Lines of the Iliad before becoming Prime Minister!

Johnson represents the best case for the classics.  By learning them, we achieve an even higher good than their practical effects. We get what Aristotle described as a thing “desirable in itself and never for the sake of something else.”

How the Classics Can Serve Us

Johnson gets the most pleasure from knowing the classics because he knows them. He gets to recite them in the moments where “the crocodile is at the foot of the mangrove.” He can remember them even when there is important business to be done. They are a source of clarity, comfort, and perspective that others who do not read them do not have.

Through the classics, we can discover that life is meant to be enjoyed deeply and that language is a reliable and effective guide.

It not only separates us from the animals but is a great endowment of God to his servants: “The Lord God has given me the tongue of those who are taught, that I may know how to sustain with a word him who is weary” (Isaiah 50:4).

The tradition of the classics provide something which is difficult to measure. But their import is greater than anything else we can measure. SAT scores and medical terminology are only incidental in what they do for students. Boris Johnson helps show us why.