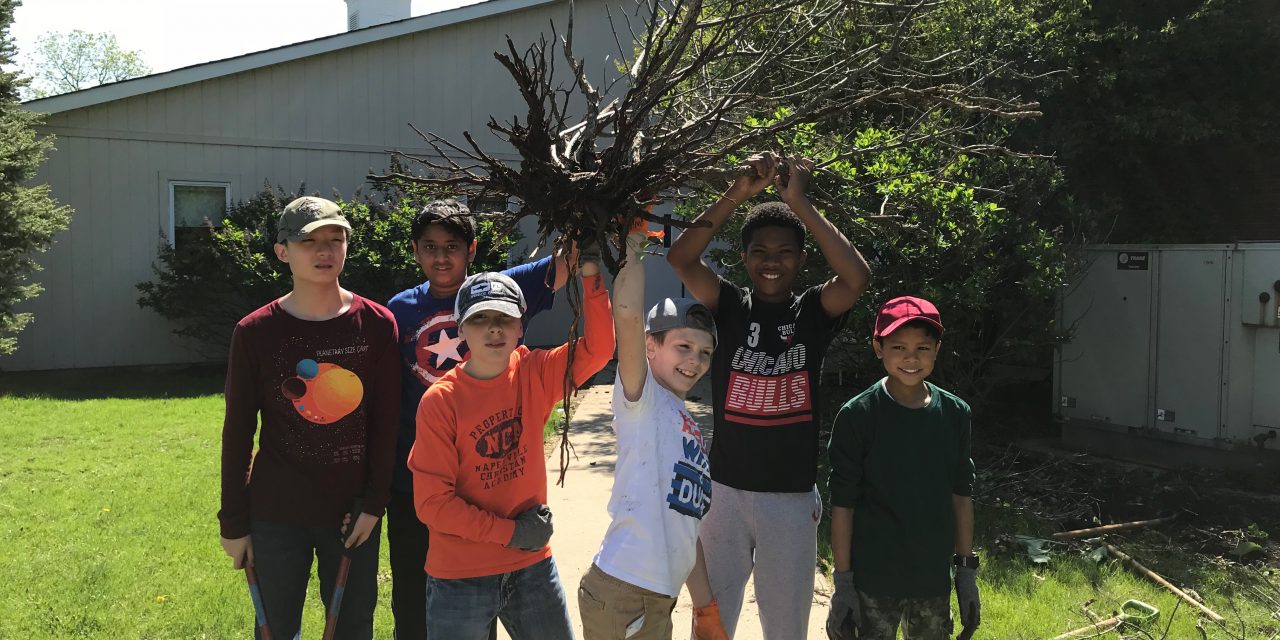 Summer is both a blessing and a curse. As we see various declining patterns for our sons in American society (college attendance and graduation, independent living, marriage, etc.), and increased hostility toward masculinity, we might wonder if there is a way we can use the extra time during the summer to help our boys in the suburbs, particularly those 10 and up, develop a sense of purpose and confidence, rather than aimlessness. Scripture asks, “What son is there whom his father does not discipline?” (Hebrews 12:7) This verse usually gets dusted off during those exceptional times when our sons need some serious correction. But, if that’s where your mind goes, look closer.

“God is treating you as sons. For what son is there whom his father does not discipline? If you are left without discipline, in which all have participated, then you are illegitimate children and not sons” (Hebrews 12:7-9). The New Testament word “discipline” is a form of the Greek word paideia—a foundational idea on which classical Christian education is built. I often cite Ephesians 6, where fathers are told to raise their children in the paideia of the Lord. Paideia does not occur in a moment, but over time with consistent, repeated correction and training. 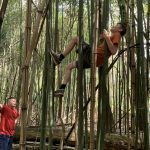 As for me, I too often leave my sons without much paideia during the summer. Oh, they get a chore list and a “no video games” stare on the way out the door. And, they usually do what they’re asked. But where’s the challenge in that? We need to be giving our boys challenging responsibilities. Until recently, sons older than 12 were often working with their fathers. In this context, discipline was a correction in a thousand small ways. And, it was a challenge to reach a goal. We can still do this in the suburbs. It just takes some imaginative fathering.

NOTE: Around 1910, the Progressive movement built a new school system. It’s the one 95% of Americans are still in. Why did they build it? History books will tell you: to prepare students for the new industrial economy. Fewer boys needed to know a trade because they worked in factories (at the time). Dads, who had formerly been the key to their son’s functional future, were sidelined. The State took over the virtue formation of our children. We’re still paying for this loss. The Progressive plan evolved into the current “college shuffle” of young-adult life: get good grades, a good SAT score, go on a college tour, sort through the slick college marketing, and go away to college for a vocation. This liturgy involves a lot of expenses and debt. It’s an outsourced model where the son’s chosen vocation is without Dad’s discipline (walking alongside).

For example: A good summer for a suburban son might look like a pile of cedar, a post-hole digger, bags of concrete, and an instruction sheet on how to dig holes in a straight line. Walking alongside your 13-year-old son as he builds a fence for the backyard might seem like a stretch, and a lot more work for dad than just doing it himself on Saturday. But, taken bit-by-bit, it provides an opportunity for a different kind of discipline.

As our culture comes unravelled, this “walking with” form of discipline is all the more important. Recently, a friend who owns a construction business told me of his 31-year-old son joining his company. This was once a familiar—even expected—story. His son had gone to college in finance, and was now ready to join his father’s business. The “family business” enables a tighter tie with those we love. As corporations become hostile, indoctrinating, and foolish, there are opportunities. If you cannot break out of the corporate world, help your son start a lawn mowing business. Maybe start a business that beautifies subdivision entries by planting flowers. Even if your “side business” doesn’t have much net income, if it’s done with your son, it will pay dividends in this world, and the next.

If a business is a bit much to chew for some, mentor your son in your professional life. If you sell things, teach him how to sell things online. If you write computer code or build web pages, put him on Khan Academy and monitor his daily progress. Then, give him a project to create a web page for a local nonprofit. Our vocations are different than 100 years ago, but they are also the same. Some hobbies can be a good source of discipline. A good friend of mine rebuilds cars with his sons. That takes discipline. (See below.)

What of your summer vacation plans? What if we recalibrated our summer vacations to have a mission? “We want to visit every major dinosaur exhibit west of the Mississippi. I’ll rent the RV, you plan everything else!” Now, your son has to search the web, find the locations, find nearby RV parks, and find activities near the site. Dad should set goals. “I want you to put your hands on (or get as close as possible to) 20 species of dinosaur over the 6-day vacation.” Don’t do it for them; set objectives—let them do the work.

In the past few months, I’ve never seen Christians so energized to change the way we live. A big part of this is fathers—fathers who will help build a life for their family that is integrated with a robust biblical Church, unafraid to call out our foolish culture; fathers who are engaged in a classical Christian school that will do the same; families that live in close proximity to other like-minded Christians; fathers who take on the responsibility to raise tough boys who become men with grit; and fathers who raise girls with Christ-minded affections. It’s hard to do all these at once, but your sons and daughters have a narrow window of influence. Don’t let it pass you by.

Too often today, we are told to praise our kids (which can be good) and encourage them (which can be good) but rarely do we ask them to do hard, long, challenging projects, and do them well. Expect this kind of responsibility of our boys—not just taking out the trash, but completing a week-long project. We’re more willing to accept a shabby job of lawn mowing or car washing because we’re told by the media complex that good dads are to be encouraging but not demanding. God gave us a different picture. “Those whom I love, I reprove and discipline, so be zealous and repent” (Revelation 3:19).

These times demand dads who are zealous about raising godly sons.

Blessed is the man whom You discipline, Lord, And whom You teach from Your Law, So that You may grant him relief from the days of adversity, until a pit is dug for the wicked. — Psalm 94:12-13 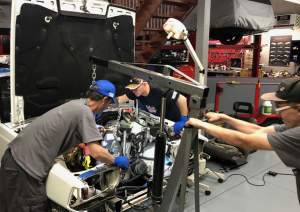 Davies Owens shares his passion for rebuilding cars—specifically Volvos—with his two sons. They are part of Restoring Generations, an organization with a vision “to bridge the gap between the younger and older generations by providing opportunities to work side-by-side in the repair and restoration of old vehicles.” Recently, Davies wrote a 4-part story for Rolling magazine titled, “Building the Volvo Bertone 780 by Hand.” Davies has worked for many years in classical Christian education as a headmaster, development director and fundraiser, and speaker. His three children attend or graduated from The Ambrose School in Meridian, ID. 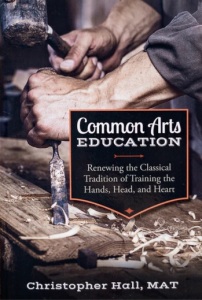 Common Arts Education: Renewing the Classical Tradition of Training the Hands, Heads, and Heart, By Chris Hall, available at Classical Academic Press “Common Arts Education” marks a profound path forward in the renewal of classical Christian education in our day. What began with the recovery of the lost arts of learning has, in Chris Hall’s capable hands, expanded to encompass the largely outsourced arts of serving the basic, embodied needs of human life. His great achievement is not simply to have offered a compelling vision for the importance of common arts education; he has provided both syllabus and lesson plans for putting the common arts into practice in our homes and schools.” —Kevin Clark, DLS, coauthor of The Liberal Arts Tradition