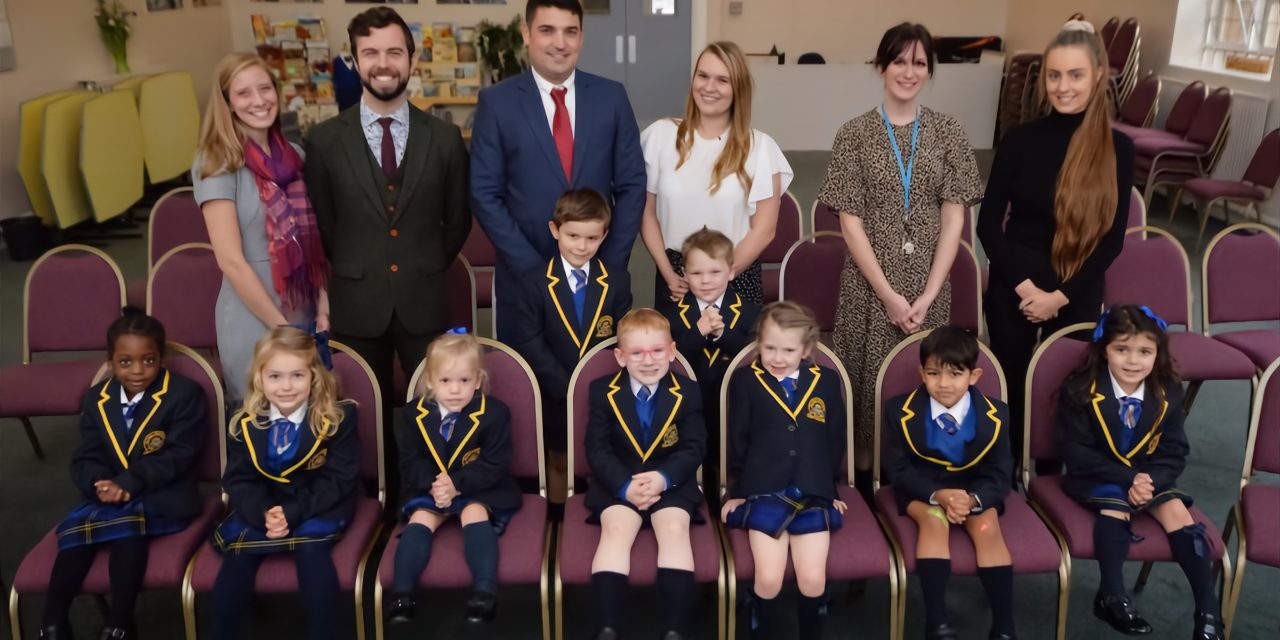 The King Alfred School is hoping to change that. Currently in its first year of operation, there are twelve students in grades pre-K through 3rd grade, and four faculty. Thomas works in construction by day and helps with the school by night. Hayley is head of school, head teacher, and everyone in between. In their free time, they make marketing materials and phone calls. Around the dinner table, they research and plan.

They are taking the road less traveled, pioneering a project few people are inclined to join because it meets a need no one knows they have. It’s the familiar story of small beginnings. If it weren’t for the British accents, you might think you were listening to the story of CCE’s humble rebirth in America 41 years ago. 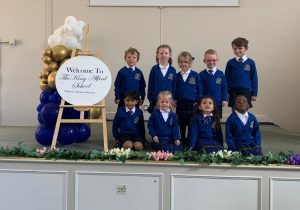 Often, Americans assume the UK doesn’t need to return to the classical tradition, because it is already more prevalent there than in America’s secular public schools. But according to the Bowens, “Actually, it’s the opposite. “ere has been a long, drawn-out but very successful attack on British culture. If you mention the Magna Carta, the year 1066, or King Alfred to a group of UK citizens under the age of 70, not only are they unable to explain their significance, but the most likely response will be a blank stare.”

England evokes images of beautiful schools built in the Western classical tradition, but the Bowens note that while “some of the buildings might look more ‘classical’ on the outside, on the inside, there is nothing classical there.” Just like in America, newer school buildings are o!en functional, like a warehouse or prison, built by leaders who no longer consider their effect on the mind, heart, and spirit.

We owe much to the ideas of our English predecessors—freedom of speech, the abolition of slavery, liberty. The classical Christian tradition stowed away on the Mayflower, and many colonists established classical Christian schools and colleges. (Harvard, with the original motto “Truth for Christ and the Church,” was founded in 1636.)

The Bowens view their rich cultural heritage not as having experienced a shift, but rather more of a wildfire, and they hope to be the new-growth seedlings showing vivid color to an educational landscape that has become a dull gray.

They already see signs of success:

You can see in children that awe and wonder, that beautiful curiosity for what God has given us to enjoy, and it’s so lovely that we want more children to experience it. That is the beauty that’s already being seen after just half a year.

The [public school] curriculum is so bland and boring and secular to avoid being “toxic.” Where are the stories like the Iliad with Achilles, or Beowulf, or knights fighting dragons? … When it comes to any subject, God has created a very beautiful and colorful world and our curriculum should reflect that.

They echo many classical educators with a simple goal: “We want to bring that all back.”

It is only when people meet the Bowens, talk to them, and see the school that they begin to process the reality about what education can be, and to ask their own questions.

What was the chord that finally resonated with Thomas and Hayley? Before their son was born, they had never considered anything but a typical form of education. According to Thomas, “Even with everything worrisome they are putting into education—the extreme secular worldview, ‘wokeness,’ sexual content, and attacks on Western culture—what really concerned us the most was what was missing.” But like most parents, they didn’t notice what was missing until they started researching.

Thomas notes that even as a teenager, he wondered about the absence of Latin and Greek, great books, and debate that older generations described. Af!er graduation, he distinctly remembers a visit to a Winston Churchill exhibition in London. “They showed books children like Churchill were given to read—stories of heroes and explorers and inventors. But the exhibition also posted a note warning visitors that the books were inappropriate for children today. He couldn’t help asking, “You have a whole exhibition to this hero of history, yet you disapprove of the great books he read?”

Later, a British pastor of a church in Canada mentioned setting up a classical Christian school, Westminster Classical Christian Academy, in Toronto. “When we heard about these types of schools and began to research more about them, everything fell into place.”

For the Bowens, the classical Christian movement is a gift. All schools need prayer, camaraderie, and donations of time and money and resources. But being first makes the need a little more distinct. ✤

THOMAS AND HAYLEY BOWEN founded the King Alfred School, the first ACCS school in the UK. After two years to complete required paperwork and inspections, they opened in the Fall of 2021. Along with running the school, they host conferences to spread the word about CCE. Two of their four faculty are missionary teachers from America. They have two children, Henry (6) who attends the school, and Rose (2) who tries to convince her parents each morning to let her start.

You can find this information, along with their email, phone number, and a contact form here:
https://www.thekingalfredschool.co.uk/contact-us