The Last Citadel for Evangelicals 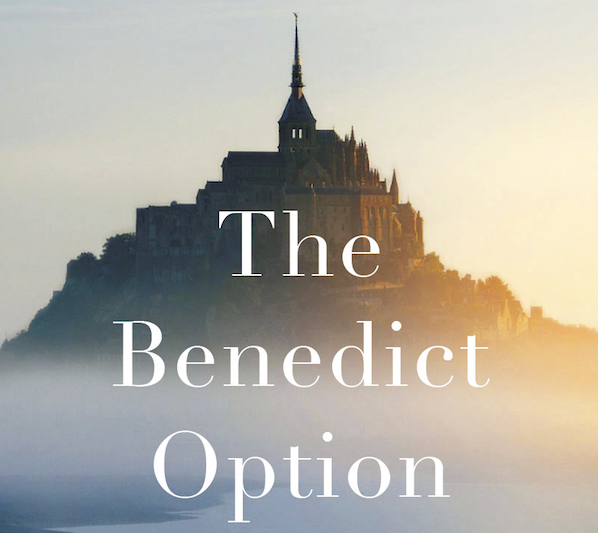 Rod Dreher recently reported in the American Conservative just how quickly American Christians are adapting to the LGBT narrative, and how Christian leader Al Mohler doubts Evangelicals have the depth to mount a serious resistance to that narrative.  Evangelical Christians are the most likely to hold to a traditional view of marriage today– 61% of white evangelicals in the study Dreher cited. This, while the mainstream Christians are down around 28%.  The reason is obvious for those of us who are evangelicals.  Along the historical path, Evangelicals were inoculated with an idea:  The Bible is literally true.   But how long will our citadel of literal truth in scripture hold out?  Likely, not long.  And here’s why.

The Evangelical Church sprung from a fundamentalist branch of protestantism that took the Bible as God-breathed.  The difficulty for mainstream Evangelicals is that we are now stuck in an airlock between old-time fundamentalist groups and the liberalized view that scripture must bend to the culture to remain relevant.  So, when Paul says that homosexuals will not inherit the kingdom of God (1 Corinthians 6, 1 Timothy 1, Romans 1), or that marriage is between a man and a woman (1 Corinthians 7), must his statements be taken seriously today?  Leviticus aside, we eat bacon. So shouldn’t we contextualize scripture?

What has been lost with Evangelicals is the intellectual tradition of Christianity.  Evangelicals scramble to rightly contextualize God’s word because we are not intellectually equipped to do so.  For a time, Evangelicals will hold out in our crumbling biblical citadel.  We will take Paul and Christ at their word.  Evangelicals who lack a systematic truth system based in scripture will succumb to the lie offered by our culture.  This is why we Evangelicals should embrace classical Christian education.  In classical Christian classrooms, we remember that Jesus was given all authority in heaven AND on earth.  We study every single subject as an integrated whole with theology as the queen, ruling over all knowledge.  We dedicate the 16,000 hours that our children are in school to this one critical task.

In the end, Al Mohler was right.  Most Evangelicals do not presently have the ability to execute the Benedict Option.  But if we return to the systematic theology of our protestant forefathers (and the educational system they used to perpetuate that theology), we have the strength of the gospel on our side.  It really does all hold together with the power of His Word.

“The right defense against false sentiments is to inculcate just sentiments. By starving the sensibility of our pupils we only make them easier prey to the propagandist when he comes. For famished nature will be avenged and a hard heart is no infallible protection against a soft head.” –C.S. Lewis