The Makings of Fortitude 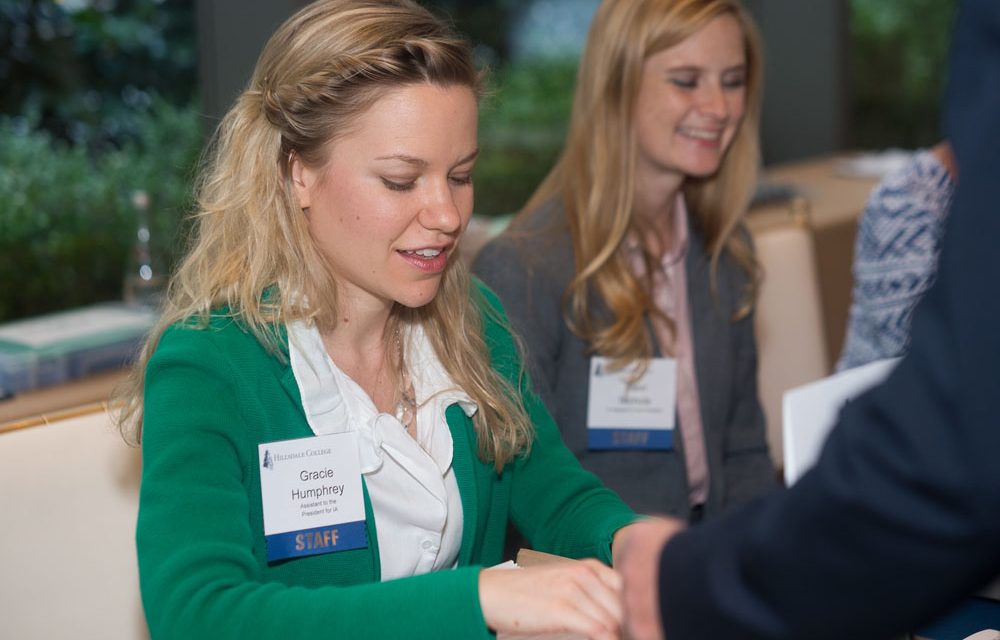 A sales manager finds unexpected ways to pass along her Christian heritage.

Fresh out of college, wrapping up a paid intern­ship, Gracie Humphrey was delighted to be offered a full­ time job at Callaway Gardens, the Georgia re­sort where she’d interned as part of her major in hospitality management. She accepted the offer, even knowing the job might prove a formidable challenge for her limited experience. It helped that the woman who hired her was very encouraging.

Came the first day, and Hum­phrey strode cheerfully in for her getting ­started meeting with her new boss—only to find someone different awaiting her. The new boss was … a new boss. The woman who’d hired Humphrey had been replaced, and the woman she would now be working for looked at her with no enthusiasm whatsoever.

“They should never have hired you,” she said.

Humphrey suddenly realized she would be the outsider in a small, tight­ knit sales department whose staff had worked together for decades. She was a long way from home, from the lov­ing family that would be more than happy to have her back in the neigh­borhood. And the new boss had just told her that she didn’t have what it took to do the job.

“I decided,” Humphrey says, “to prove her wrong.”

Determination doesn’t just run in Humphrey’s family—it fairly gal­ lops. She was still a young girl when her dad—a father of three working as a well ­paid accountant for a major cor­poration near Pensacola—began feel­ing pressured to fudge a few things in the company books. He refused, quit the job, and the family lived off their savings for six months while he looked for something else. It was a lesson in integrity not lost on his middle child.

Not long after, her parents made the mistake of sending fifth ­grader Hum­phrey and a younger sister to “shadow” their older brother for a day at Trinitas, the Christian classical school he was at­tending. Money was still tight; the plan was to continue homeschooling the girls until the family could save enough to send them along to Trinitas, too.

Trouble was, Humphrey liked Tri­nitas. Pleaded to go. And so—to her delight—her parents enrolled her, and made it work. “Dad took peanut­ but­ter­ and­ jelly for lunch every day to help pay the price of that school,” Humphrey remembers.

Humphrey herself didn’t fall far from the tree. Starting halfway through the school year, she was told she’d have to learn all of the Latin vocabulary the others had already mastered.

“It was so stressful,” Humphrey says. “There was no way I could learn all of that.” But she did.

Trinitas harbored some 200 stu­ dents during Humphrey’s time there; her class held 11, all girls.

“That added a really unique dynam­ic,” she says. “No guys to distract us. No crushes. We were all just academ­ic and super ­driven and competitive. We did have one gentleman in 7th grade—he studied really hard over the summer and skipped a grade. He couldn’t handle us!”

Like most of her peers, she forged strong bonds with many of the teach­ers—and needed them. She was in eighth grade when her father, di­agnosed with ALS (or Lou Gehrig’s disease), passed away. Humphrey’s mother had already begun teaching at Trinitas, and “the school was a family, very understanding and supportive.”

Others became good friends. As Humphrey moved into the upper grades of high school, some of her in­structors were only a few years older than she was. “When you have a small class, you can develop such a close re­lationship with teachers in a way that’s not possible with a large class. I still stay in contact with those teachers.”

One, in particular. The young man who taught her final ­year rhetoric class stayed in touch long after she’d moved on to university. Later, when she took the after­ graduation job at Callaway Gardens, she learned that his parents lived just down the road. Sometimes, visiting them, he’d come by to take her to lunch. Very gradually—and to their great surprise—romance bloomed, and eight years after she’d left Trinitas, they were married.

“I would love to be a mom … to model a lot of what my parents did for me.”

After graduation, she made good use of a full-ride scholarship to the University of West Florida—where 13,000 fellow students proved quite an adjustment after the intimate experience of Trinitas.

“Apples and oranges,” she says. “Classrooms of atheists.” But, “aca­demics were easier; I wasn’t stressed about grades. Trinitas had over-pre­pared me.” She suddenly had time to be in weddings, travel, enjoy thought­ful conversations with people who didn’t believe in God the way she did.

And to decide on a career. “I want­ed to interact with people,” Humphrey says, which, in time, led her to hospi­tality management. Her senior­ year internship at Callaway Gardens offered work experience, a free place to stay, and a chance to try her own wings. 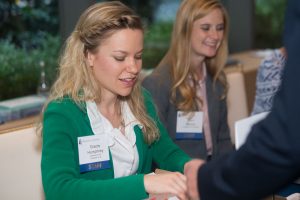 A year later, it offered a job for a boss who didn’t believe in her. But a kind co­-worker did, and patiently helped her master the 1,001 details of crunch­ing numbers, negotiating contracts, and cultivating relationships with cli­ents. Humphrey loved every part of it.

She also turned out to be unusu­ally good at her chosen field. Within two years, she was one of the top sales managers, averaging a million dollars’ worth of business a year.

“I learned you have to give yourself time to … learn,” she says, “and to see what the Lord does with what He’s giv­en you.” She also found out she was her father’s daughter. The resort, like his job years before, offered opportunities aplenty for fudging numbers and lying for profit. “But I could not do that,” she says. “I really valued and wanted to preserve the respect and trust of my clients. And it was neat to see how the Lord blessed that.”

It was marriage that finally moved her away—to a new home at Hills­dale College, in Michigan, where her husband, Clifford, recently finished graduate school. Humphrey found a job as the president’s assistant, draw­ing on all her Callaway Gardens skills to help raise funds and build relation­ships with the college’s donors. And in a happy turnabout of her growing up years at Trinitas, now she’s the few­ years­ older one working with students in the administrative offices.

“That’s the part I love most,” Hum­phrey says. “I get to be their boss. For a lot of them, it’s their first job. I do their evaluations. Teach them respon­sibility—and they teach me, too. It’s been very rewarding.”

Which is how a group of young people who’ve never been to Trini­tas are learning, in turn, what Hum­phrey absorbed there: strength of character … diligence … striving for excellence. Even rhetoric. “The words I say are going to stick,” she says. “Students remind me of things I told them that I forgot I even said. They’re taking it to heart, trying to improve their character.”

The future? “I try not to think about it too much,” she says. “I know that the Lord will have something else for me. I would love to be a mom … to model a lot of what my parents did for me. Oth­er than that—I’ll go wherever the Lord wants us to go. He’s got it covered.”

GRACIE HUMPHREY graduated from ACCS Accredited school Trinitas Christian School in Pensacola, Florida, in 2010. Today she is assistant to the president of Hillsdale College in Hillsdale, Michigan, where her hus­band, Clifford, recently completed his gradu­ate degree.

CHRIS POTTS is a writer in Glendale, AZ