The Medieval Redemption of Christmas 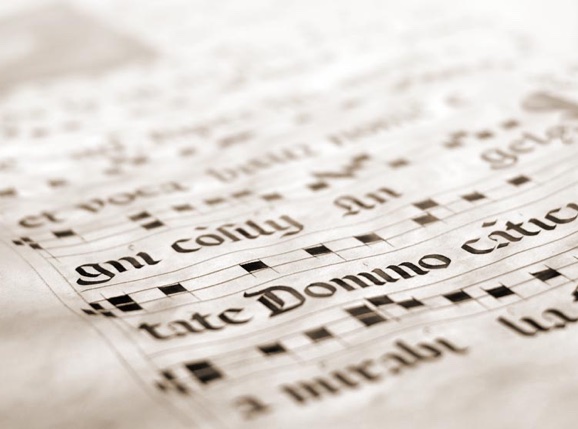 I’m dreaming of a white Christmas,
Just like the ones I used to know,
Where the treetops glisten and children listen
To hear sleigh bells in the snow …
Irving Berlin

Sitting in our living rooms this Christmas, surrounded by tinsel and wrapping paper and listening to “White Christmas” on Pandora, we might not feel any connection to the mystical and forgotten world of 1000 years ago. But the medieval mindset was one of redemption.

From education (see a history of education in the next issue) to holidays, they took the world around them and made it Christ’s. The Dark Ages, shrouded by paganism on one side and humanism on the other, brought us much of the lore and tradition that fills this holiday with light.

The recipe that made one of our greatest holidays

Who has not seen at least one movie version of Charles Dickens’ beloved yuletide tale, A Christmas Carol? Yet few today realize that A Christmas Carol played a key role in revitalizing nineteenth-century Christmas and returning it to a holiday infused with social charity and family cheer. Due to the influences of a staid Puritanism and the utilitarian Industrial Revolution, Christmas in the mid-1800s had been stripped of much of its medieval magic.

Dickens helped change all that. But he was not the first defender of Christmas, nor was he the first to realize that the true wonder and joy of Christmas could draw in Christians and non-Christians alike. Emmanuel–“God with us”–is the seemingly impossible paradox, the almost unbelievable news that the all-powerful, all-present, unseen God could, and would, take on human flesh and become a man. Worthy of celebration, of frivolity, of pulling out all the stops? I would think so!

The church fathers of the fourth century thought so as well. When Constantine ended the Roman persecution of the church, he, along with the leaders of the church, knew that bridges would have to be built between Christianity and paganism.

You see, at the time of Constantine, the Roman pagans were already celebrating a religious festival of Mardis Gras-like joy and mirth. The Romans believed, as Virgil records in Book VIII of The Aeneid, that Italy had, in the distant past, experienced a Golden Age of pastoral innocence. During that time, Saturn, the father of Jupiter, and his fellow Titans had lived on the earth alongside mortals. Long ago, Italy had fallen from her age of gold; however, each year, around the winter solstice, the Romans celebrated the Saturnalia as a way of hearkening back to that lost time of divine closeness, when the dwelling places of gods and men had come, all too briefly, into direct proximity.

But that was not all. The time of the winter solstice, which the Romans celebrated on December 25 rather than December 21, also included a birthday celebration—that of the invincible Sun, who rose up anew out of the shortest day of the year and marched forward into the promised spring. It seemed to Constantine and to many of the church leaders that the conjunction of the Saturnalia and the birthday of the sun made for an appropriate season to celebrate the birth of Christ, He who had drawn heaven and earth together by His Incarnation and brought Light into a world imprisoned in darkness.

Yes, there are many who would argue that the dating of Christmas marks a negative example of the church watering down Christian theology to accommodate pagan culture. Like the religious Puritans and the secular utilitarians of the Victorian Age, they would strip Christmas of all its “medieval” trappings and transform it into a day of sober reflection, either on our sins or our bank accounts.

The medieval church did not see it that way. Far from destroyers of doctrine, they were cultural evangelists, reaching out to the pagan world with a message of hope and joy: “Let us lead you to the full truth, which up until now you have only seen in part.” Or, in the words of that timeless promise that Paul extended to his pagan Greek audience: “What therefore you worship as unknown, this I proclaim to you” (Acts 17:23; ESV).

The best classical Christian schools lead their students upward from the wonderful, yet limited general revelation of Homer, Plato, and Virgil to the glorious fullness of Christ and the Bible. After all, Christ’s kingdom is forever, and is over everything—including pagan festivals.

LOUIS MARKOS (www.Loumarkos.com), professor in English & Scholar in Residence at Houston Baptist University, holds the Robert H. Ray Chair in Humanities. His books include From Achilles to Christ: Why Christians Should Read the Pagan Classics, On the Shoulders of Hobbits: The Road to Virtue with Tolkien and Lewis, and The Dreaming Stone (a children’s novel in which his children become part of Greek mythology).

Christmas is Upon Us!

For a few short weeks, hope and peace seem a little more real, the redemption of our culture a little more possible. We chose to highlight the medieval period because despite the lurid reputation and sometimes equally lurid realities, the medieval mindset was one of reclamation. 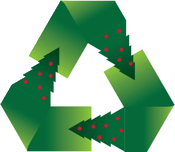 To many modern Christians, paganism is something to be despised and rejected. But what if we used a recycle model instead? Reclaim, renew, redeem. In the medieval mind, all people are made in the Imago Dei and all their varying cultures have good in them that can be reclaimed. But it must be renewed and redeemed to become fully Christian. Methods aside, seeking to enhance the shadow of God’s glory, wherever it may be found, is a mindset worthy of imitation.

As you head into this season of light and a new year, make this your resolution: RECLAIM, RENEW, REDEEM!

[…] a brief article of the same title, Dr. Louis Markos of Houston Baptist University helps us to see how Christians of a forgotten era […]