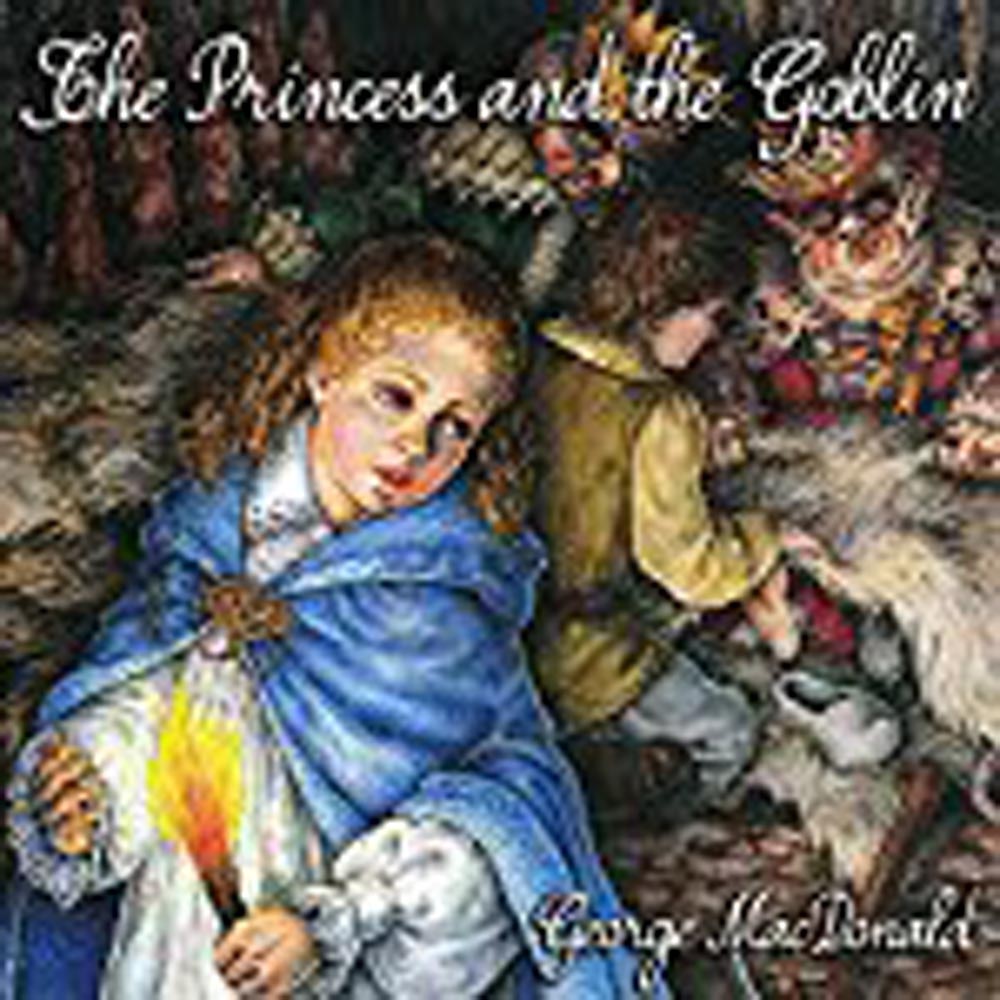 It’s a hot day, and everyone is looking for some shade — a perfect time to make a summer tradition of gathering around the electronic device of choice for a good story. 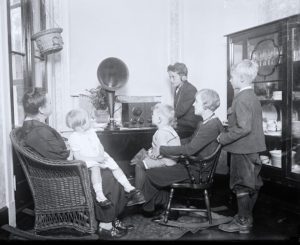 Note: All versions are unabridged. Rankings and information are from Audible.com, but check your local library for a cheaper alternative. 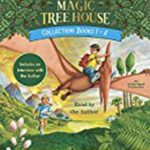 While some reviewers found these books a bit dull even for the 6+ recommended age, most found them entertaining and educational. Note that magic is involved in transporting the kids throughout history. 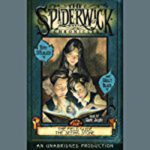 Many reviewers thought the books better for age 10+, contrary the 6+ of CommonSenseMedia.org, but praise was high for listening to Luke Skywalker narrate. Oh, and cat lovers should watch out for the goblin camp in book 2. 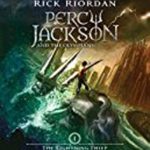 “A fun read for anyone, and a great read-aloud for a class studying mythology” according to commonsensemedia.org. On the darker side, there is some attitude and violence, and the “demigods” are kids resulting from affairs between the gods and humans.

NOTE: There were an unusually large number of complaints about the narrator. Our family did not have complaints, but you might want to listen to an excerpt first. 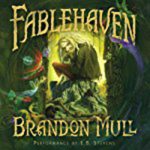 A bit slow to start, but the whole series often appeals to younger and older kids alike. Many negative reviews center around the disobedient and selfish Seth character. You might want to discuss literary archetypes and real-life consequences of similar character flaws. 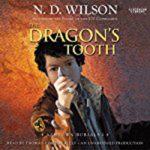 Unusual, engaging, artistic, and instructive. For age 12+, probably for a bit of intensity and violence, but we know a 9-year-old who enjoyed it. It moves fast, so don’t pick this one to relax. 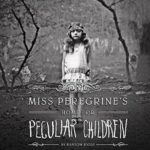 Described as quirky, dark, intriguing, and thrilling. CommonSenseMedia.org puts the age for this book at 13+, but it contains positive messages for the older crowd.

NOTE: There were an unusually large number of people who did not like the narrator on this one — the same narrator as Percy Jackson. Listen first, or try from the library. 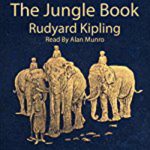 Good for any age. While many reviewers complained about the reader’s deep voice and odd timing, our family thought the voice on this recording made it memorable and engaging. 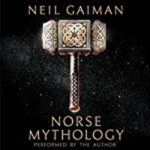 A high school junior at our local classical school recommended it. But it’s not Disney. While CommonSenseMedia.org gave it a positive review, some parents considered it too violent. 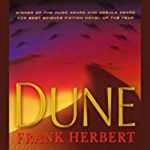 This is a dramatization, with multiple cast members providing voices. This can make the complex plot and multiple characters easier to follow. Dune is definitely for older kids and adults due to themes and complexity, but is a science fiction classic. 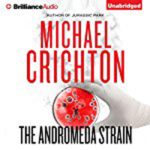 This will most likely bore young kids, but might be the perfect read for teenagers in the rhetoric stage. (Beware of the lengthy scientific reports that no one had ever read, until the guy had to read them word for word on the audiobook.) 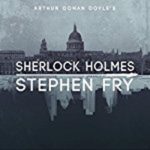 Although it seems the general consensus is that kids can start reading Sherlock Holmes at age 12–14, listening can happen earlier as long as your kids can understand the concepts, and can deal with themes such as murder and revenge. 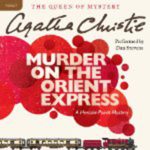 The notes on this audio-book are the same as for Sherlock Holmes above. However, we can say from experience that this particular audiobook held the attention of three kids, aged 11-17, on a 4-day roadtrip in an RV. 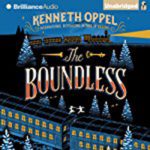 CommonSenseMedia.org gave this one five stars for positive messages and historical accuracy, with a slight ding for “mild” language. Named a 2015 Notable Children’s Recording. 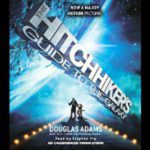 This irreverent and absurd science fiction classic might not appeal to all. There are off-color references throughout, but CommonSenseMedia. org lists it as 10+ and says, “despite the dry, rather snide, humor, the author raises many issues, including materialism, the nature of existence, the role of bureaucracy, and lots more.” Our whole family (minus the carsick one) thoroughly enjoyed this on a road trip, and the laugh-out-loud moments were numerous. 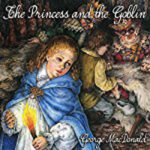 THE PRINCESS AND THE GOBLIN
By George MacDonald, Narrated by Brooke Heldman, Length: 5 hrs and 19 mins, 4.6 (48 ratings)

A Victorian fairy tale by one of C.S. Lewis’s favorite authors, George MacDonald. Originally published in 1872, and still loved today. They don’t write them like this anymore!