Transcendent: The Not-So-Obvious Idea About God 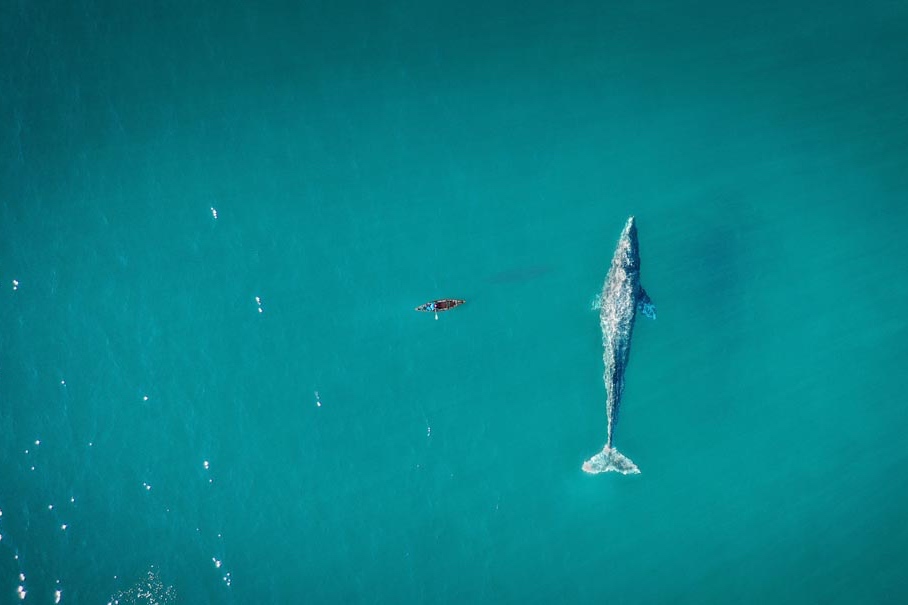 If you are willing to indulge me for a moment, picture two different whales. One of the whales inhabits an ocean that we might call “reality,” or “all that exists.” He is the biggest and strongest resident of that ocean, but he is nevertheless contained by that ocean. If you like, you may call that whale Zeus.

Now picture another whale—and let us call him Moby Dick—as a creature invented by an author named Herman Melville, inhabiting an ocean in which he is pursued by a fictional man named Ahab. With the first whale, everything that exists does so on the same plane. Differences between things have to do with location and size, but the differences are merely quantitative. But with the second whale, the author and the whale do not inhabit the same reality—there is a fundamental and qualitative difference between them.

The former assumption is the natural default assumption of the pagan mind. The latter is a concept that we owe entirely to the ancient Hebrews, and which has been kept alive down to the present day by the Christians. Christians call this the Creator/creature divide, and it is of profound importance. It is the basis for any possible understanding of transcendence.

The Problem of One and Many

In the ancient pagan mindset, ultimate reality just “was.” As a general rule, they had no proper doctrine of creation. Following the ancient poet Ovid, in the beginning there was chaos, and one day chaos gave birth to the gods. Or maybe not. Maybe it happened some other way. But in any case, there was no sense of an ultimate transcendence at all. And this is why evolution, or this thing morphing into that one, is so natural to the unbelieving mind. Matter is just there, and stuff naturally rearranges over time.

So one of the easier assumptions to make about the world—from our earthly vantage point, at any rate—is that it is one. This was the ancient assumption of Parmenides, who held to what is called monism. All is one. The difficulty that such a monist philosopher then has is the difficulty of accounting for all the diversity—flamingos, redwoods, asteroids, and mitochondria. It is true there was a competing assumption that is commonly associated with Heraclitus, who emphasized all the diversity. Imagine someone dumping 38 tons of confetti into an F5 tornado. The challenge, in this case, is accounting for the sense of unity we all have. This was called the problem of the one and the many. Which has ultimate priority? Although this debate did exist, the natural tendency was always to veer toward monism. And if there were a god or gods, then they were contained within the system, down here with us. The “way things were” outranked all of us, gods included.

In this ancient pagan world, the Hebrews were the bearers of a completely different tradition, a completely alien way of thinking. And they actually bore testimony to this in the first words of their sacred Torah.

“In the beginning God created the heaven and the earth” (Gen. 1:1).

Or put another way, in the beginning, God spoke and out of nothing He created that which is not God. So from the very start, we had two very different kinds of existence. God’s existence was uncreated and necessary, while the existence of everything else was created and contingent. And this meant, with reference to the world and all that it contained, that God was transcendent.

“For thus saith the high and lofty One that inhabiteth eternity, whose name is Holy; I dwell in the high and holy place” (Is. 57:15).

For parents who are thinking straight, if they want the best education for their children, they should want a school that is dedicated to the pursuit of truth. And by truth, I mean objective, absolute truth. If there is no transcendent God, such truth is impossible, and denial of this God is how modern education has found itself in a morass of relativistic nonsense. Without a sure God inhabiting eternity, there can be no sure word—about anything—for us.

DOUG WILSON is the pastor of Christ Church in Moscow, Idaho, and he serves on the board of two classical schools—Logos School and New Saint Andrews College. He is married to Nancy, and has written numerous books.