WEST vs. EAST LIVE FROM LONDON WITH TOM VELASCO 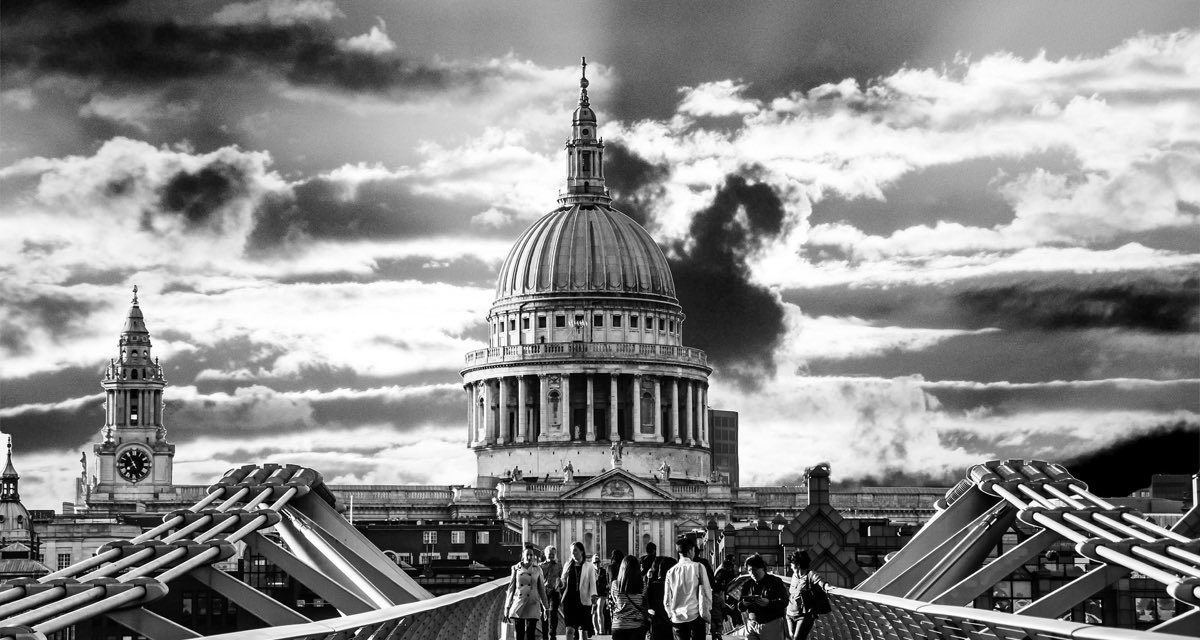 London embodies the ancient and the modern in its skyline from St. Paul’s Cathedral to the new jagged Shard skyscraper. It is equally diverse in its people and beliefs, but London was for centuries leading Western thought. How are our loves for God and the world best formed through an understanding of the great writers, thinkers, scientists and theologians from the West more than any other cultural tradition? There is a difference and it matters in forming what young people love today.

Tom Velascoteaches 12th grade Humanities as well as Summa Civitas and 8th grade Logic. He holds a B.A. in History and Philosophy, and a minor in Latin. He has taught at The Ambrose School since 2000, including a five-year hiatus as associate pastor of a local church.

Dorothy Sayers’ essay, “The Lost Tools of Learning,” sparked Tom’s interest in classical Christian education, and as a philosophy major, he valued the Socratic model of instruction for the importance of thinking analytically and critically over the mere imbibing of information. Tom believes that education necessarily implies an “immersion” if you will. Says Tom, “I cannot compartmentalize my life and think of myself as a teacher only when in the classroom. Every moment I have with these kids is an opportunity to teach, or inspire, or provoke to good deeds. Deuteronomy 6:6-10 lays out for parents their responsibility as teachers of their children. This same responsibility is laid upon me as well, since I have been entrusted to aid them in this task. We must speak to them while sitting, while standing, while walking on the road. In short, we must look to every moment as an opportunity to teach them about the Lord and the good things He has done. I cannot think of teaching as a 9-5 job that I can escape from. I must immerse myself in it.”

Tom is from southern Oregon, but has lived in Boise for over 20 years. He enjoys just about everything, from movies, to backpacking in the Sawtooths, to playing football.