Why do we study the Greeks so much? 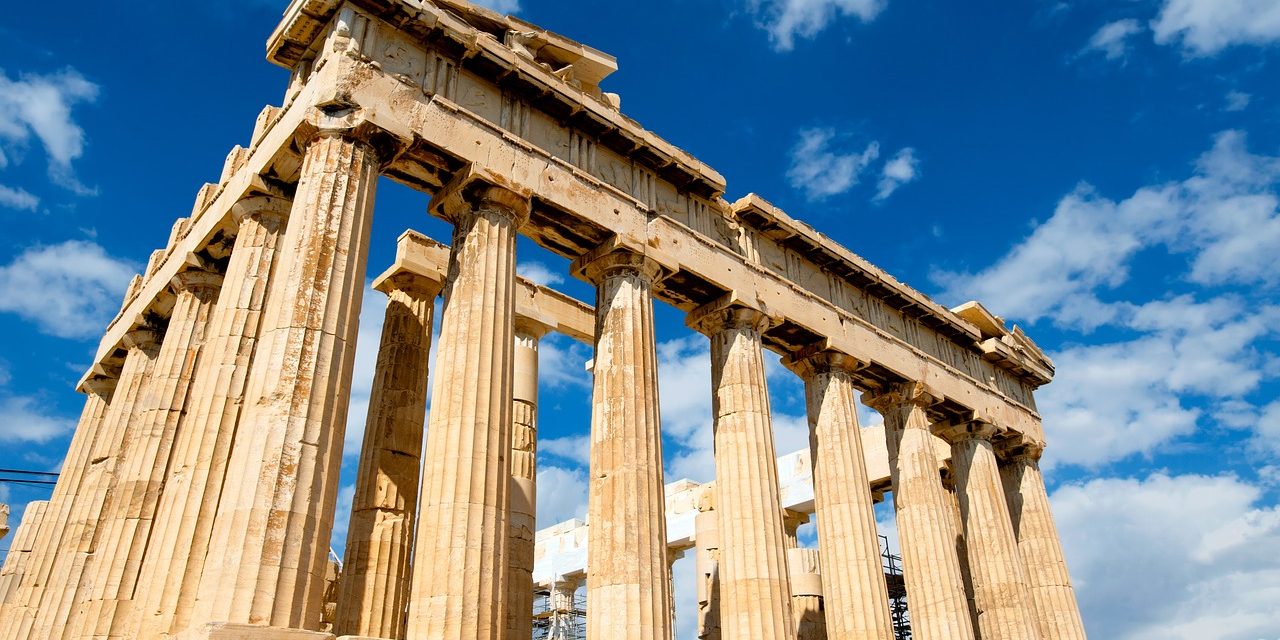 As Christians, we must, of course, read and know the Bible intimately, so that we will know how God acted directly in human history, leading up to the Incarnation, Crucifixion, and Resurrection, and looking forward to the Second Coming. Such is necessary if we are to understand the plan of salvation and what it is that God expects of us.

However, if we would also know who we are as Americans, and why and how our country has brought such freedom and liberty to the world, then we must study as well the legacy of ancient Greece. That legacy begins with Homer, but it is grounded in the Golden Age of Athens (fifth century BC) and includes the work of such foundational thinkers as the historians Herodotus and Thucydides; the tragedians Aeschylus, Sophocles, and Euripides; and the philosophers Socrates, Plato, and Aristotle—who lived in the fourth, but summed up the fifth-century deposit entrusted to him, and passed it on to his pupil, Alexander the Great. 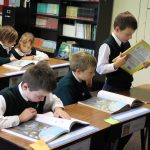 Athens is the birthplace of humanism in the West. I know that for many Christians, the word humanism has negative connotations. “Aren’t the humanists the bad guys?” I can hear many ask. The answer is a resounding “no!” It is the secular humanists, not the humanists, who are antithetical to Christianity. Some of the greatest thinkers in the Church were Christian humanists: people like Justin Martyr and Augustine, Aquinas and Dante, Luther and Calvin, Milton and Donne, Newman and Chesterton, Tolkien and C. S. Lewis. To be a humanist is to believe that man is a free and rational creature who possesses innate dignity and value, and whose life and achievements on this earth are of intrinsic and lasting worth.

The culture that arose during the Golden Age of Greece constitutes the root and first flowering of humanistic thought. It is because of this culture that humanists insist that the art, literature, history, philosophy, and religion of Greece must form the basis of any true liberal arts (that is to say, classical Christian) education. As a Christian humanist, my first allegiance is to Christ, but I do not therefore believe that the Bible is the only book I should read. To the contrary, I believe it is the duty of every enlightened individual to seek to know and to participate in the flow of human ideas through studying, and a grappling with, the major and time-less expressions of the human imagination. I believe such a study must lead in the end to the creation of good and noble citizens—those who seek both to enrich their society from without, and to fulfill from within the Socratic mandate: know thyself.

What was it about the Greeks that set them apart from the other nations and cultures around them? They were not content with mere thinking. They insisted on thinking about thinking. They analyzed their lives and the lives of others and struggled directly with all nine of the big questions: Who am I, why am I here, and what is my purpose? What is the nature of the Good, the True, and the Beautiful? What is the nature of
the good man, the good state, and the good life? All these questions and more they asked and were brave enough to tackle in their history, literature, philosophy, art, and science.

It was Athens, and Athens alone, that gave birth to tragedy, a genre that embodies the essence of any true democratic republic, then and now. What was, and still is, unique about the genre of tragedy is that it brought together aristocratic, larger-than-life figures from the great houses of Greek legend, and the common citizen. The former were embodied in the actors who wore masks and dominated the action; the latter were embodied in the chorus who moved and chanted as one. In the interaction between the two, issues of both metaphysical and civic importance were wrestled out on the stage. 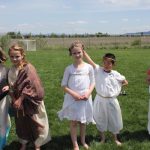 While the three great tragedians wrestled with such things in the shadow of Homer’s epic treatment of mortality (Iliad) and identity (Odyssey), the two great historians played off of other Homeric themes. Herodotus, the father of cultural anthropology, explored the world-view differences between Western democracy and Eastern tyranny; Thucydides, the father of political science, explored the limits and dangers of power and aggression. Both exposed the strengths and the weaknesses of Athens’ experiment in self-government.

Finally, in the work of the three great philosophers, both metaphysics and ethics were fused in a way that challenged the makers of the West to  pursue justice and virtue as real and attainable goals. When Alexander the Great took the Hellenistic culture, taught to him by Aristotle, and spread it throughout his conquered lands, he started a process that would be completed by Rome—the city where Athens and Jerusalem would finally be united as one.

That union, out of which European Christendom and the American Republic were born, would not have occurred had the Jews not wrestled with God (Isra-el means “he who wrestles with God”) and had the Greeks not wrestled with the best and highest in humanity. And that is why we devote so much time to studying the Greeks!

We can’t go back to ancient Greece, but occasionally we can find small windows into their world by looking at their language. Their words tell us how they categorize the world. And their categories give us glimpses into their culture that make us ask important questions, such as: Why don’t we have a word for that?

We first meet the Weasley family in Harry Potter when Mrs. Weasley helps Harry find platform “nine and three quarters” and Ron and the twins help Harry with his trunk. They do all this before they know he is more or less a celebrity, which establishes them as generous people. If J.K. Rowling had the word xenia in her vocabulary, she would have used it to describe the Weasleys. Xenia means guest-friendship, the relationship created by the hospitality exchanged between a guest and host. In the ancient world, this concept was very important and relatively complex we’re not talking about inviting your neighbors for dinner once or twice—because the cultural expectation was that you lodge and feed people, no invitation or RSVP required. If a child were to ask such a silly question as why his parents did this, their answer would be something like, “because you never know when one of the gods might come to our door in disguise.” Incognito visits from the gods was a common trope in reference to xenia; that’s why I think it applies to the Weasleys who help Harry before knowing who he is. Although the thought of gods coming to visit (or celebrities, for that matter) may seem irrelevant today, it does put Hebrews 13:2 in a new light.

“I’m dishonest, and a dishonest man you can always trust to be dishonest.” Surely this quote proves that Captain Jack Sparrow has about as little credibility as possible. If we hold our clever pirate up to Aristotle’s three rhetorical devices (logos, pathos, and ethos) he certainly lacks in ethos—as it refers to credibility or expertise. But in another sense of the word, Sparrow’s ethos is captured in the quote above perfectly. It means someone’s entire persona: their character, customs, habits, disposition, attitudes. It can even refer to a group of people. We have words for inner character and words for out-ward appearances, but not one that refers to a person or group of people as a whole in the same way. Pirates of the Caribbean hits the nail right on the head when it comes to Jack Sparrows’ ethos here. He’s clever, he’s confident, he usually wouldn’t pass a breathalyzer, he’s a pirate.

“Go not to the elves for counsel, for they will say both no and yes,” says Frodo in The Fellowship of the Ring. It is ironic that Frodo finds that the elves’ counsel may not give clear direction, because Tolkien himself calls the elves “the wise.”Phronesis is the Greek word for the cardinal virtue we call prudence—which we don’t use in everyday speech. We sometimes use “wise,” but that word is broad. “Wise” can refer to the elves who are well educated; it sometimes refers to smart minds; it often refers to someone who speaks the language of inspirational quotes. But how often do we want to describe someone who, when faced with a difficult decision, can be trusted to simply choose the best way? Phronesis is the word we need. It is a more practical wisdom, such as knowing the best course of action in a given situation. The Greeks have a different word for wisdom (σοφία) in reference to wisdom of the mind, and even though the two types overlap sometimes, phronesis is perfect when we want to describe hobbit-wisdom. Whereas Sam and Frodo might not be called wise in the way the elves are wise, the word phronesis does describe Sam and Frodo, who have the virtue of practical wisdom.

LOUIS MARKOS Ph.D., Professor in English and Scholar in Residence at Houston Baptist University, holds the Robert H. Ray Chair in Humanities. The author of 20 books, including The Myth Made Fact: Reading Greek and Roman Mythology through Christian Eyes and From Achilles to Christ: Why Christians Should Read the Pagan Classics, he speaks widely for the classical Christian movement. His son teaches Latin
at Geneva classical Christian school in Boerne, TX, and his daughter teaches music at Founders classical charter school in Lewisville, TX.