Dorothy Sayers said the reason we need classical education is that young people “do not know what words mean; they do not know how to ward them off or blunt their edge or fling them back; they are a prey to words in their emotions instead of being the masters of them in their intellects.”
–The Lost Tools of Learning 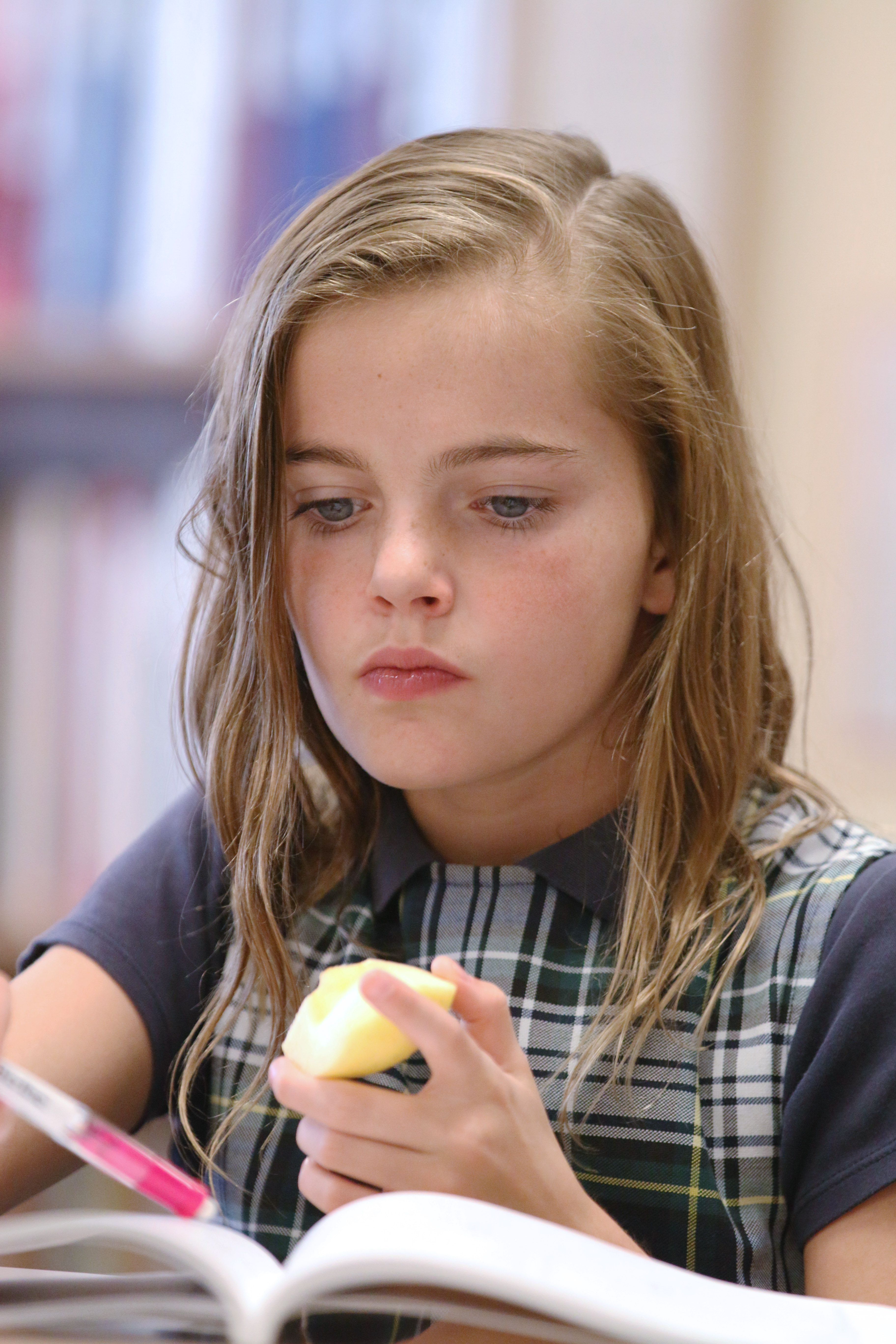 Words are containers for ideas. And, ideas have a mysterious power to shape what we believe. In the past two decades, both young and old alike have been duped by a clever counterfeiting scheme—a scheme involving words. And the church is right in the thick of it.

This scheme works something like counterfeiting money. When counterfeiters want to make a $100 bill, they often bleach a $1 bill and print over it. This way, people don’t notice the difference in the feel of the paper— same “container,” different meaning. When we package a new idea in an old word, we engage in what George Orwell called “doublespeak.” Take a good-sounding word or phrase and pour in a new, different, often opposite meaning so that people will emotionally support the idea. Orwell’s predictions for 1984 weren’t too far off. Today, our students need to be able to think like never before to avoid the well-hidden pitfalls that are driven by our language and culture.

For example, take the phrase “social justice.” The true word “justice” refers to the alignment of the way things are with the way God designed them to be. When someone murders or steals, an injustice has been done against God’s law. That’s why the state punishes criminal behavior (Romans 13).

Enter Karl Marx, who rejected the Christian view of “good” and “evil” because these were products of religion, the “opium of the people.” He replaced good and evil with “oppressors” and “oppressed,” specifically with regard to wealth and “privilege.” Undoing this oppression is necessary to create a “just society.” This became “social justice.” Much of the church adopted this idea of justice because it sounds like the same thing as helping the poor.

Social justice is not equivalent to the Christian virtue of generosity to the poor. In fact, this pseudo-justice denies the very essence of power and authority described in Scripture (John 19:11, Romans 13, Colossians 2). Today’s social justice has redefined human worth.

Oppressed classes are better; oppressing classes are worse. Race, sexual preference, family wealth, culture, and language are all formulations used to distinguish between the oppressed and the oppressor. Did you see what happened? We now look at others in envy as we try to value ourselves. The virtue of “justice” is now aligned with the vice of envy. True justice becomes meaningless, because justice is no longer dependent on what you do, but who you are. The virtue becomes vice.

WORDS WITH CONSEQUENCES
The consequences of this idea are important. In 1750, the stable boy and the land-owner shared an understanding: your significance as a person was tied to your honor, or being a just person. Wealth was a blessing, but anyone of any station could be honorable. Today, we “occupy” (riot & protest) over wealth, not honor. Ironically, Marxist ideals have robbed the poor man of his ability to be honorable. Now, if you’re poor, you’re oppressed, and you can’t do anything about it. If you do
succeed, you become evil. There is no way out, except for the government to control and realign wealth.

We’re told greed is the sin of rich people. We forget that our scriptural examples of greed include common men.

REDEFINING WORDS
“Social justice” is one of many examples. Words matter. They create categories in our minds and assumptions about good and evil. And, our ability to carefully parse ideas and words to understand them is weaker than in the past 80 years. The reduction of verbal reasoning on standardized tests like the SAT demonstrates this shortcoming. Fortunately, classical Christian schools help students improve their verbal reasoning. Despite classical Christian schools admitting most students based on faith, rather than intelligence, our students outperform students from highly selective schools by over 50 points on the verbal reasoning portion of the SAT. Never before has this been so important.

synonyms: equivocating, evasion, dodging, beating about the bush, pussyfooting (around)

Words from “Newspeak,” the fictional language of George Orwell’s 1984.

crimestop – to rid oneself of unwanted thoughts, i.e., thoughts that interfere with the ideology of the Party. This way, a person avoids committing thoughtcrime.

equal – Only in the sense of physically equal, like equal height/size, etc. It does not mean socially – politically or economically – equal, since there is no such concept as social inequality in purportedly egalitarian Ingsoc (Newspeak for “English Socialist Party”).

free – Meaning Negative freedom (without) in a physical sense, only in statements like “This dog is free from lice”, as the concepts of “political freedom” and “intellectual freedom” do not exist in Newspeak.

goodthink – thoughts that are approved by the Party and follow its policies, ideals and interpretations. It is the opposite of crimethink.

oldspeak – English; perhaps any language that is not Newspeak

ownlife – the tendency to enjoy being solitary or individualistic

George Orwell’s 1984 paints a pictures of doublespeak as the norm. He uses the terms doublethink and newspeak for the book’s central concepts of government’s systematic delusion of the public, and their willingness to engage in it. In the real world, Edward S. Herman describes doublespeak in his book Beyond Hypocrisy:

What is really important in the world of doublespeak is the ability to lie, whether knowingly or unconsciously, and to get away with it; and the ability to use lies and choose and shape facts selectively, blocking out those that don’t fit an agenda or program.

Terrence P. Moran of the US Nation Council of Teachers of English made this observation, comparing doublespeak to an experiment where lab rats fed saccharine exhibited behaviors indicating they were satisfied, but died of malnutrition:

We believe our students will likely wrestle with many of these ideas and the terms associated with them as we seek excellence and Truth.

– A 2015 poll from the Pew Research Center found that 40 percent of millennials (ages 18 to 34) believe the government should be able to regulate offensive speech.

– A survey of students’ attitudes concerning free speech released by the Foundation for Individual Rights in Education found that 66 percent of Democratic and 47 percent of Republican students believe there are times a college should withdraw a campus speaker’s invitation after it has been announced.

– A survey published by the Brookings Institution found that 20 percent of Democratic and 22 percent of Republican students agreed it was acceptable for student groups to use violence to prevent a person from speaking.

– A 2016 Gallup survey found that a majority of both Democratic and Republican students believe colleges should be allowed to restrict speech that is purposely offensive to certain groups.

The article containing these statistics states:

Parental culture in this country has become increasingly guarded and safety focused, as illustrated by the rise of “helicopter parenting.” The benefits of increased safety are many. But somewhere along the way, protecting children from needless harm became conflated with shielding them from stressors and uncertainties (such as having to solve everyday problems, like getting lost, on one’s own) that are critical for developing personal independence.

It also addresses our culture of victimhood.

Colleges and universities have exacerbated the problem of dependence by promoting what is sometimes called a culture of victimhood. American college students (who are some of the safest and most privileged people on the planet) are to be protected from, and encouraged to be ever-vigilant about and even report, any behavior that could cause emotional distress. Feelings and experiences that were once considered part of everyday life, such as being offended by someone’s political views, are now more likely to be treated as detrimental to mental health.

If this article is true, the educational system in concert with our overall culture is raising exactly the kind of person the progressive model set out to produce, and the kind of people in Orwell’s Ingsoc: people dependent on the government and more than willing to trade their freedom for its apparent security.

Classical education seeks to raise men and women who seek the Truth first, who are able to stand against the forces that diminish freedom, to think with reason and independence, and to live a full and abundant life no matter what that life brings. Encourage your students whenever possible to think critically about the ideas that surround them, whether you are at the movies, the voting booth, or around the dinner table.

*See the full article for more to consider: Why are Millennials Wary of Freedom?