A Caution for Parents on College Choice and Critical Race Theory 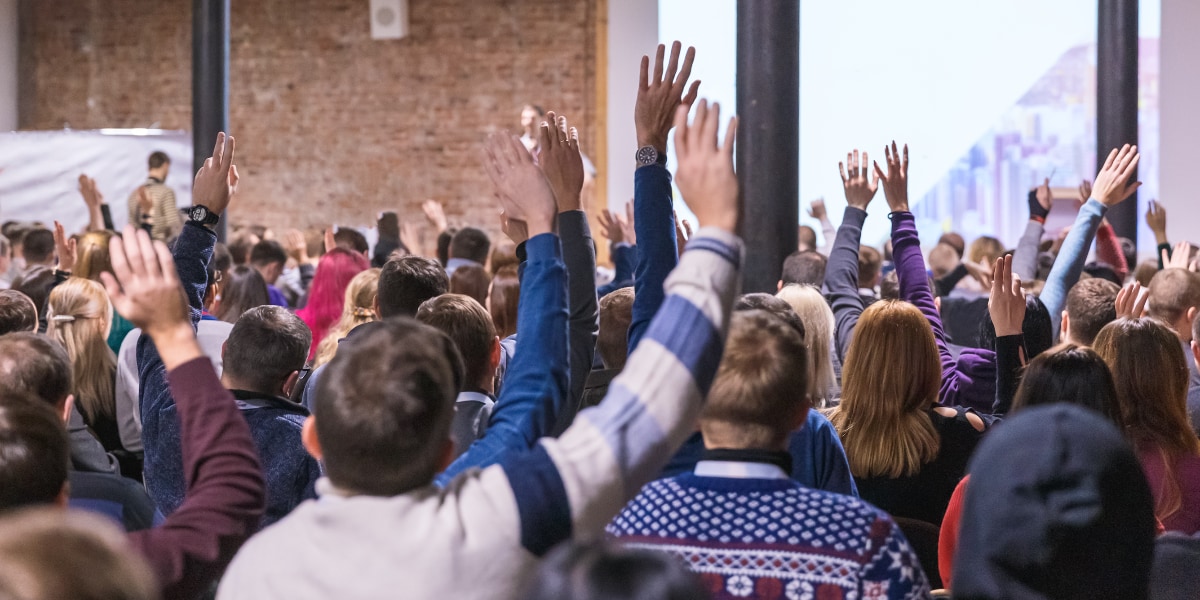 One of the foundational goals of ACCS schools and the classical method is to prepare students to debate and evaluate ideas, and for this, reasoned inquiry is essential. Therefore, the ACCS takes a position on Critical Race Theory (CRT).  Unlike most ideas in academia which can be debated, CRT is an orthodoxy, or an ethical system, more akin to a religion than to an academic idea. On many college campuses, disagreement with or questioning of CRT results in disciplinary action (formally or through shaming). This indicates that CRT is an “orthodoxy” that does not open itself up to reasoned inquiry, which is the antithesis to classical Christian education.  Few people, let alone young people, are immune to this type of religious-like indoctrination.

Based on the evidence, CRT is authoritarianism masquerading as “anti-racism” but is in fact racist. It supports racist policies against those whose ideologies oppose it as well as those it claims to champion, and it undermines students’ faith and independence of thought. ACCS recommends that parents of k-12 students ask their school’s administration how they view racism and carefully choose a school accordingly. ACCS also recommends that parents encourage their college students to transfer to one of the few colleges who resist CRT. At many Christian colleges, CRT has effectively replaced Christianity as the primary orthodoxy. Students may not realize this, given the school’s church affiliation, but this makes the danger more real.  CRT is anathema to Christianity and especially to classical Christian education.

CRT orders people into two classes based on superficial physical characteristics: “oppressed” (victims) and “oppressor” (privileged).  A native-American physician living in the suburbs is seen as “oppressed” while an unemployed white person is seen as an “oppressor.”  This is why it is often referred to as “social Marxism” — it orders and separates people into these two groups based on race, as compared to traditional Marxism which separates people by wealth.

Under CRT, “oppressors” are mainly white people, particularly with Western or Christian ideas, and are called “privileged.” “Oppressed” groups are primarily defined by the color of their skin (non-white), or by their sexuality (LGBTQ+).  Sometimes, females are also considered “oppressed,” but they may also have “privilege.”  The system orders every individual on this scale, and individuals are not allowed to voice thoughts outside of this paradigm.  Racism is no longer a belief or practice–it’s the color of your skin or the culture you were born into.  In effect, this CRT definition of “anti-racism” is really doublespeak for racism.

CRT’s core assertion is often misunderstood because it is not at its core about anti-racism, but rather about demonizing and rejecting Western Christian culture.  For example, reasoning and logic are considered “white.” A two-parent, heterosexual traditional family is considered “white.”  Note that neither of these has anything to do with color, they have to do with culture.  The rejection of Western Christianity is not simply an extreme form of CRT, it is central to CRT’s orthodoxy.

As always, giving something a name lends it viability and credence in the wider culture. CRT is new; it was developed in the 80s and officially organized in 1989. The speed with which many progressive institutions have adopted it — such as colleges, media, and the public school system unions — speaks to its appeal to the progressive view.

WHY IS IT MORE DANGEROUS THAN OTHER IDEAS IN COLLEGE?

Those students who speak against CRT are frequently shamed as “white” and labeled “haters.”  Speech against CRT makes other students feel “unsafe” and thus it is “hate speech.”  In this way, they control the minds of students by controlling what they are allowed to think and say.  Totalitarian regimes often use this tactic to control their populations and it is extremely powerful. Parents almost always underestimate its influence, although statistics indicate most students succumb to it.  Those who do resist are increasingly brought under discipline, academically penalized, or expelled.

Many parents “trust their student” because they believe they have adequately prepared him or her to stand boldly against such foolishness. In the past, students have held their ground against abortion, or socialism, or atheism at college.  So how is this different?  Once again, CRT is an ethical system, like a religion, not simply an idea to be debated.  As such, the culture of colleges gasp and whisper when dissent is heard.  Repeated exposure to this “shaming” has much the same effect as shaming always does—it pressures even the strongest students to accept an orthodoxy mindlessly.  And the punishment for “hate thought” is personal, as other students look at them as not just wrong or deceived, but evil.

MY STUDENT IS MAJORING IN BUSINESS, ENGINEERING, OR NURSING. HOW IS THAT DANGEROUS?

Because CRT is a fervently followed orthodoxy on college campuses, it percolates into every department. Much like technology providers are enforcing CRT on seemingly unrelated platforms, like Amazon, there is no safety in the engineering department.  Powerful administrative positions in charge of “Diversity and Inclusion” are embraced across the entire campus so they can drive the CRT orthodoxy into every corner of the university.

Isn’t it a non-issue if I send my child to a conservative, evangelical college?

CRT has been cultivated so well that many institutions are corrupted by it.  Evidence shows that well-known theologians and standard-bearing institutions, from Tim Keller to Calvin University and Wheaton College, have been pulled in.  Most Christian institutions are affected.  In these institutions, the “privileged” are often described as “oppressors” rather than those who are “blessed.”  According to Christian Scripture and tradition, God blesses people differently, often that blessing is tied to their alignment with God’s principles manifested in their family, their actions, or their culture, and Christians are to use these blessings to help others.  “Privilege” is now twisted to a negative.  Rather than a blessing, students are told privilege was ill-gotten by oppressing slaves and through systemic racism, completely outside of the student’s beliefs or family background. This is true even for families who moved to the U.S. after the civil war, or whose ancestors lived in and fought for the North.  The only defining feature is their “whiteness” and their tradition.  We’ve seen evidence of this worldview flip at some of the most esteemed colleges in evangelical Christianity.

Recently, an organization called IACE was created for colleges to hold the line on matters of biblical ideology.  While this doesn’t mean they resist CRT, it’s a good place to start:  IACE Education Membership Directory

WHAT CAN I DO?

One helpful source is CriticalRace.org. However, nearly all of the 1700 or so institutions of higher learning are affected to some degree.  This site lists only those that have taken public action that is known to CriticalRace.org, and only those colleges that they’ve currently investigated.

We strongly advise parents ask college admissions departments to respond in writing to the following questions:

1) Does your college have a “Diversity and Inclusion” officer, or a person with a similar purpose?

2) Does your college have courses in Critical Race Theory, “white privilege,” or “diversity and inclusion”?  Is there any such course in your required coursework?  (Look at their degree requirements to confirm.)

3) Does your college restrict and punish speech against BLM, CRT, or other culturally Marxist ideologies by students?  For example, would a student’s debate or rejection of BLM or “white privilege” on social media be a concern for the college?

4) Does your college have professors who promote CRT on campus?

5) For Christian colleges: Has your college taken a stand against LGBTQ activism on campus?

➔ Aren’t great ideas for everyone?:  “Identity politics replacing the goal of a color blind society in schools” by Allan C. Brownfeld, Feb 19, 2021

The article is well written but I would caution against some of the remarks. You said “Evidence shows that well-known theologians and standard-bearing institutions, from Tim Keller to Calvin University and Wheaton College” have bought into CRT. Then you went on to provide no evidence in regards to Keller. In fact he has written an article that was highly critical of CRT called A Biblical Critique of Secular Justice and Critical Theory where he said that CRT is “incoherent”, “too simplistic”, “undermines common humanity”, “undermines common sinfulness”, and “makes forgiveness, peace, and reconciliation between groups impossible”. He actually goes on… Read more »

Pastor Rick, With all due respect, I disagree with your assessment of Tim Keller. He has well established roots in Marxism and has taken that theory and somehow legitimized CRT. He has also affiliated himself with the democratic party, which he claims is the only way to win in his state of NY and still claims to be pro-life and against same-sex marriage. The problem I have with this is, as a Christian, I wouldn’t walk into a bar in my hometown and order a water…the people that saw me come in only saw me walk into a bar, they… Read more »

“Racial Reconciliation” is also often used as a term for CRT. If you oppose “reconciliation” you are anti-gospel and a racist but the problem is what they think needs to be reconciled is based on the worldview and presumptions of critical theory.