A World Safe for Democracy (Gone Wild): A Eulogy for Woody 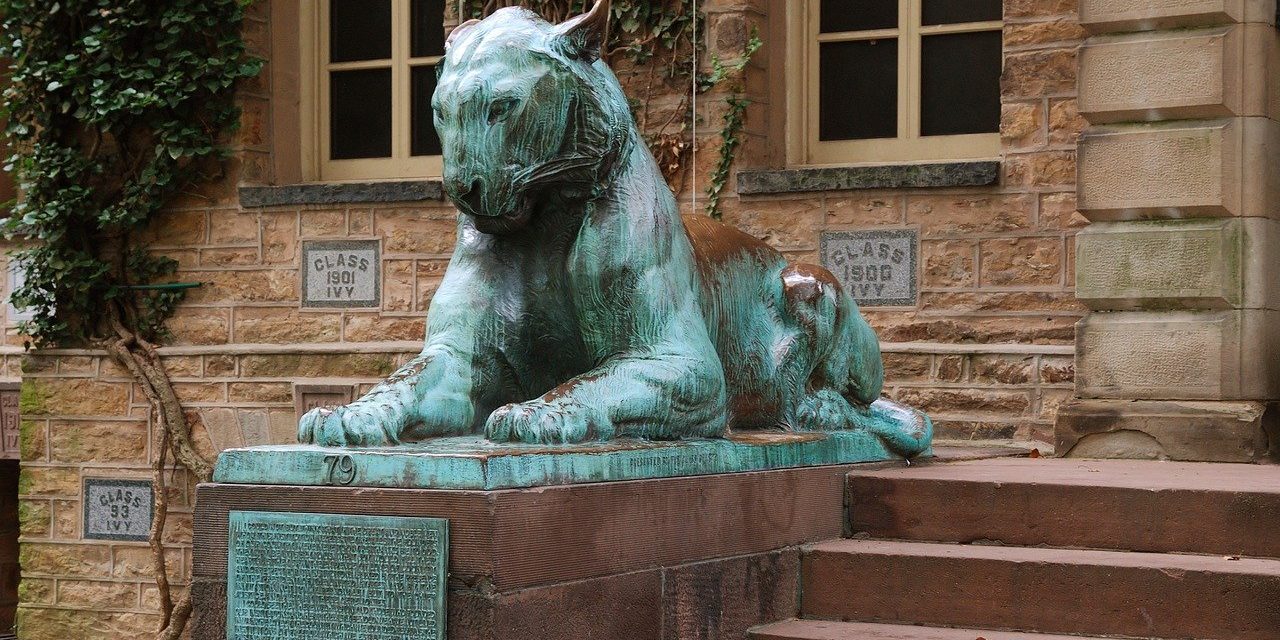 Princeton University is cool. How cool, you might ask? The field in front of Stanhope Hall is called “campus,” or “field” in Latin. We call colleges “campuses” because of that field. I took a tour there with my board chairman and one of the staff architects fifteen years ago. I was astounded when I looked at the roof of one of the buildings. “How thick is the slate on that roof?” my construction-minded board chair inquired. The staff architect smiled and replied, “It is an inch and 3/8 thickness. It is a ‘five-hundred-year’ roof.”  Now, that’s cool! 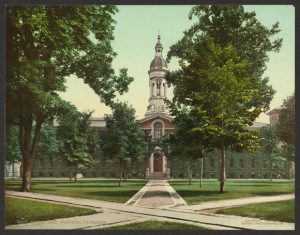 Recently, however, Princeton has been in the news more for an amazing exorcism that was recently performed on campus. They banished a secular ghost, whose work created the foundation of the modern University, by removing President Woodrow Wilson’s name from the famous Woodrow Wilson School of Public and International Affairs.

Before we go on, I should lay some of my cards on the table — I have never been much of a fan of Woodrow Wilson. He was a student, professor, and president of Princeton (that should get something named after you!). While President of Princeton, Wilson started to transform the sleepy college into a modern European-style University. He built gorgeous buildings that looked like they were the blossoming of Christendom, but he was trading away orthodoxy while performing this sleight of hand. Ok, I really dislike Woodrow Wilson! 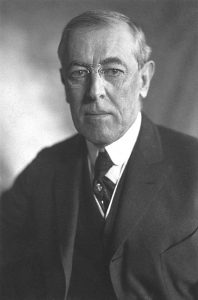 Wilson, however, was not done reorganizing. After Princeton, he was elected governor of NJ and then (thanks to Teddy Roosevelt’s Bull Moose Party) he was elected President of the United States. Between James Buchanan and Franklin Roosevelt, Wilson was one of only two Democrats to win the White House. Grover Cleveland was the other. (Interestingly, both Cleveland and Wilson were professors at Princeton at the same time.) He started reorganizing the financial life of America and exalting the power of the American Presidency.

But he was not done. After keeping America out of World War I during his first term, Wilson changed directions and decisively jumped in on the side of Britain and France. After the Great War ended, Wilson decided to reorganize the world, making it safe for democracy. He was progressive in politics, modernist in approach, and as arrogant as the day is long.

Every time we spill blood on foreign soil without justification, I think of Woody.

Every time there is a beautiful college campus or Presbyterian church building that has lost a true and abiding love for Jesus, I think of Woodrow Wilson.

He is not my favorite President. 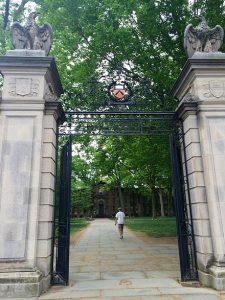 FitzRandolph Gate, which by tradition undergraduates do not exit until graduation

These ample reasons, however, are not what got Wilson’s moniker removed from his school at Princeton. They love most of those things. His name was removed because his record and his views on race bely his sinful racial pride, paternalism, and outright racism. His views on race were not uncommon in his day and certainly were not unusual in the South (he was born in Virginia and grew up in Georgia).

So, here is the question: how should I feel about the erasure of Wilson’s name from Princeton’s vaunted halls? As an historian, I see that it is folly to judge men outside of the standards of the Bible and their own day. Wilson’s views on race are wicked, as were many in the past, including people like Lincoln. The freed slaves in Lincoln’s day honored him as a savior. The progressives in Wilson’s day honored him with a School of Public Policy. Today, we pretend that they lived in our day and we judge them to be fiends. Of course, he was—and so are we. We just don’t see our blind spots, but be assured our grandchildren will.

I have decided not to lose too much sleep over Wilson’s erasure. I actually think it is sort of comedic on one level. Comedic because this arrogant founder of modernism is being wiped from history by folks who are ashamed by his Neanderthal views on race. His views on race are wicked, but without him would the progressive world — the same world his current enemies inhabit and love — exist?

Woody once made 14 points;
The peoples screamed,
“Him we’ll anoint.”
Now, he is bedraggled,
Ivy disentangled,
His eraser-children adroit.