Are they ready to give an answer? 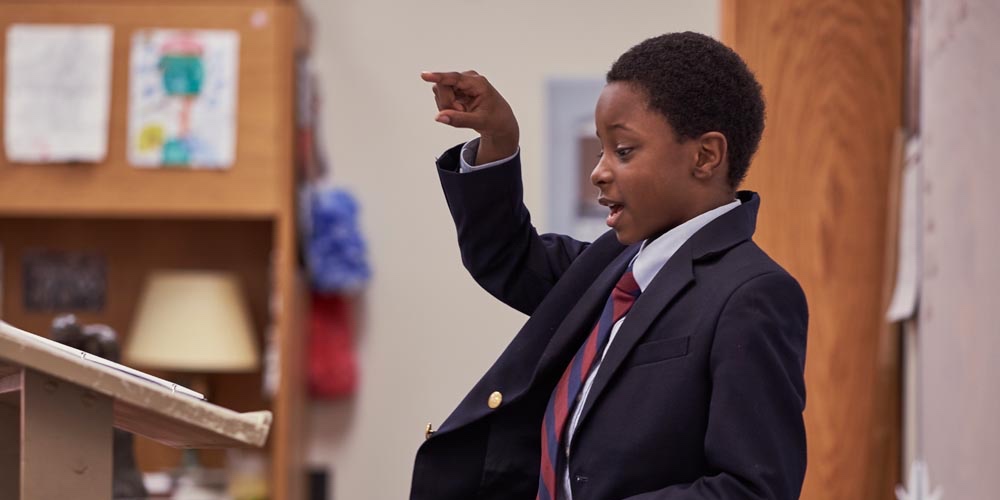 But in your hearts revere Christ as Lord. Always be prepared to give an answer to everyone who asks you to give the reason for the hope that you have. But do this with gentleness and respect. (1 Peter 3:15)

Today, there is a tremendous need for young people (and all Christians, for that matter) to be able to accurately understand and articulately explain their faith. Unfortunately, for most young Christians, there is not much good news to report. In their groundbreaking book Soul Searching: The Religious and Spiritual Lives of American Teenagers, sociologists Christian Smith and Melina Lundquist Denton interviewed hundreds of teenagers from all kinds of churches to find out what they believed. They observed, “In our in-depth interviews with U.S. teenagers, we also found the vast majority of them to be incredibly inarticulate about their faith, their religious beliefs and practices, and its meaning or place in their lives.” When asked about their most basic religious beliefs, many of these young people responded with answers like these:

“Um, I think if you’re a good person and like, you know you don’t break any huge, if, if you live your life around the basic structure, you know. I mean nobody’s perfect so you’re gonna do bad things. But like, the whole Ten Commandments and stuff, pretty much a good person, then when you get judged you get to have another life. If you ask forgiveness and pray a lot you have a pretty good chance, just ‘cause, you know, the whole forgiving God thing.”

“I’m not sure, not sure, I can’t remember what I believe. Oh, mm-mm, yeah, like Jesus and God and them guys. That he is alive and watching over us.”

While some might conclude that these conversations merely recorded typical teenagers talking like typical teenagers, the authors of Soul Searching… concluded that this was not the case. They wrote,

We do not believe that teenage inarticulacy about religious matters reflects any general teen incapacity to think and speak well. Many of the youth we interviewed were quite conversant when it came to their views on salient issues in their lives about which they had been educated and had practice discussing, such as the dangers of drug abuse and STDs. Rather, our impression as interviewers was that many teenagers could not articular matters of faith because they have not been effectively educated in and provided opportunities to practice talking about their faith. Indeed, it was our distinct sense that for many of the teens we interviewed, our interview was the first time that any adult had ever asked them what they believed and how it mattered in their life.

That children could sit through years of schooling and remain unable to answer the most important question anyone could ask them is both ironic and tragic. If it is true that “the fear of the Lord is the beginning of knowledge” (Prov. 1:7), then how could our children’s faith not be our highest concern when it comes to our educational priorities? If one’s children have stellar GPAs and perfect SAT scores, but can’t understand and articulate their faith, are they truly educated?

The need, then, is twofold. First, our children must understand the Christian faith. This is primarily the responsibility of parents (Deut. 6:7; Eph. 6:4), who ought to be aided (but not replaced) by faithful churches and schools. This is one of the distinctives of Christian education. While public schools may feign religious neutrality by simply jettisoning God from their curriculum, Christian schools acknowledge that what you ignore, you discount as unimportant. Learning the Scriptures and learning to think about all subjects from a Christian worldview should be seen as a necessity part of a genuine education, not an optional embellishment.

Once young people understand the Christian faith, they must learn to articulate it well. Memorizing Bible verses and historic expressions of Christian doctrine like the Apostles’ Creed can be a good starting point. Eventually, they should be able to explain the faith in their own words. This is what makes the Rhetoric stage of classical education so important. Teenagers yearn to express themselves, but they need guidance and practice to be able to do it effectively. Rhetoric classes help students become more comfortable articulating themselves before others, learning to think on their feet—often literally, as they stand before their classmates and teachers—and preparing coherent speeches and presentations that eloquently and winsomely express what they have to say.

One of the great needs of the church today, then, is for all Christians, especially young people, to think coherently about their faith and to successfully communicate these beliefs to others. As parents, we must ask: what kind of priority are we making this for our children? And what kind of example are we setting? The potential is there within each of our children. It is up to us to give them the opportunity to make the most of it.