Art: For Whose Sake? 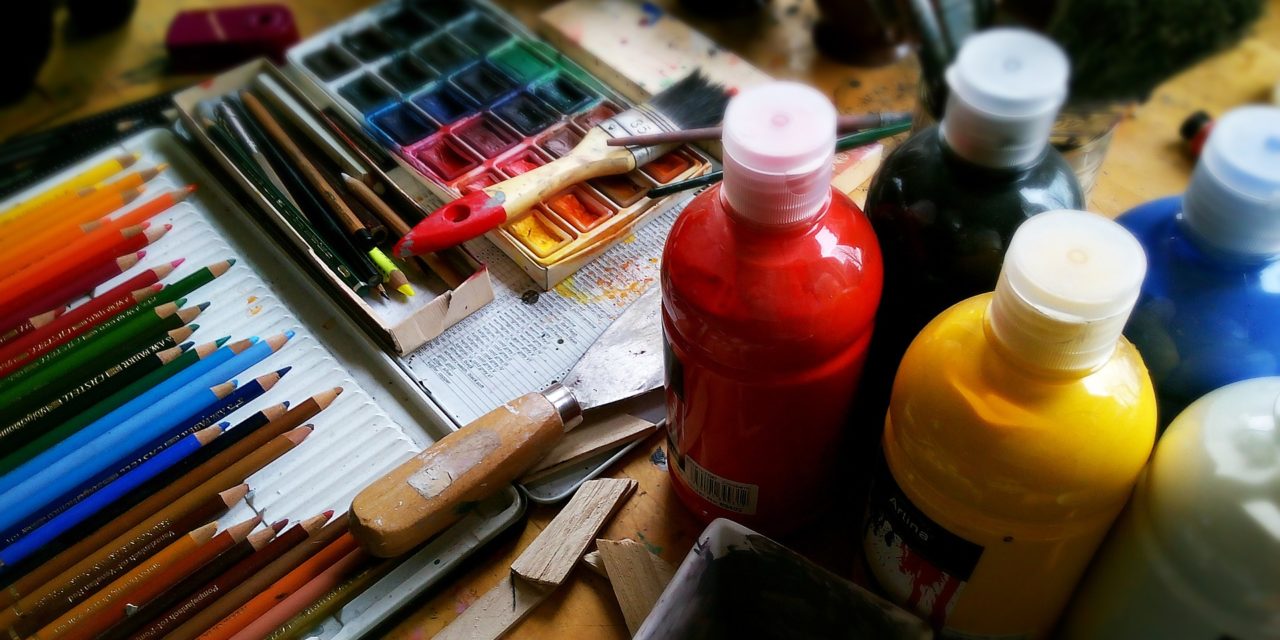 The true work of art is but a shadow of the divine perfection.

Painting is self-discovery. Every good artist paints what he is.

T he bearded man up front was a “guest artist” so all undergrad art students had to attend his presentation. Packed into an ancient classroom, we waited to be enlightened. He got right to talking about himself, his vision and his masterpiece, accompanied by a slide show. Through the generous funding of the National Endowment for the Arts (NEA), he had purchased a small, extinct volcano in Arizona. An earthmoving company was hired to dig a large tunnel that plunged from outside of the volcano, traversed underneath it, and emerged inside the crater.

We all waited breathlessly for his denouement: “My art was the view of the sky people could see as they emerged from the tunnel and gazed upward!” Applause broke out from the underclassmen. During the following Q & A, our guest gave us his studied opinion that Michelangelo “prostituted his work” because he worked for the Catholic church. (Apparently working for the NEA was a legitimate relationship.)

My friend and I committed heresy by suggesting that our guest’s work of “art” was an interesting geological project, but didn’t qualify as art. In the ensuing tense discussion, he responded with some heat: “So you two think there are actually standards for art?!”

When we answered in the affirmative, he quipped that we should just get a bunch of followers, go to South America, and get them to “drink the Kool-Aid!” (This presentation took place shortly after 900 people had done just that, committing suicide with the cult leader Jim Jones.) We were laughed to scorn by the other art majors present, as they saw how masterfully he addressed our point.

If you study art history at all, you will certainly come across the phrase “art for art’s sake,” attributed to the French in the early 1800s. The basic idea is that art exists unto itself; it needs no other justification or purpose. Tossed on the landfill of history was the idea that art was to inform and bless others. Not surprisingly, shortly thereafter, the quaint, old standards of craftsmanship, skill, technique, and beauty went out with the trash. How do we know this, other than by reading the artists and philosophers of the period? Just take a visit to see what has come to adorn the walls of the finest museums since that time; unlike the theory of evolution, you can actually trace the transformation of one accepted art form as it descends to another.

The Impressionists (late 1800s) took the first bold step on the thin ice of the new religion. But they didn’t break completely with old ways: their works, though less defined than their peers desired, still reflected a love of recognizable forms with the beauty of light and color. Even one of their own, Edgar Degas, stated: “Art isn’t about what you see, it’s about what you make others see.” What was he thinking, caring about the viewers? You can almost hear the twentieth-century art world chortling at his naivete.

The new religion grew and gained many followers. Sadly, the Church was in no shape then to pay attention to the art world. There is not room here to go into the overall cultural disaster in America that gained significant momentum in the late nineteenth and early twentieth centuries. Suffice it to say that while Christians were looking the other way, the pagans ran off with the arts and still have a rather firm grip on them.

Why should this matter to Christian parents and teachers? Christian educators rightly claim the critical necessity to instruct the young in Truth, Goodness, and Beauty. We all stand shoulder to shoulder pretty tightly when we profess and teach the first two principles of this trivium, but what about the third? It goes something like this: Truth— Christ is Lord!, Goodness—Love your neighbor as yourself!, Beauty— …“Bueller? … Bueller?”

Actually, this is quite a loaded topic so we tend to tread lightly, if at all. Even Christians (adults and students) can work up a huff if it looks like someone is stomping on their tastes. The response goes something like, “Are you saying that the band (movie, book, painting) I happen to like is sinful? Who are you to say what’s beautiful?”

After getting a fine arts degree from our local secular university, I could regale you with horror stories disguised as art education. It wasn’t pretty or helpful. So starting an art program at Logos School was an exercise in the blind leading the blind. After 36 years of teaching art to children (and reading the Bible, as well as some solid Christian authors), I discovered a profound truth—nothing in this life, including art, is about me! And, as I like to tell students, it’s not about them, either. God is not silent about the arts or the creative process; after all, He IS the Creator! We might want to search out what He says about making beautiful things (e.g., Phil. 4:8).

Turns out that art, as with all created gifts, is for God’s sake, not its own—which means it’s for the sake and blessing of others, too. That means that Christian artists, students and adults, should offer God (and their neighbor) the best works of art possible. Skill, craftsmanship, beauty, clarity, balance, and other timeless elements are to be studied and practiced to produce an almost endless variety of quality artistic works. Look around—the Father still delights in making a plethora of amazing creations. In almost any one of our Pacific Northwest sunsets, He paints with colors and shapes that are never the same night to night, on a canvas spanning the horizon!

It’s all about imitating Him, our Father, as beloved children.

TOM GARFIELD was superintendent of Logos School from its opening in 1981 until 2016. He has a BFA degree in art and education, and a master’s in educational administration, both from the University of Idaho. Tom taught history, art, and Bible, and directed drama productions at Logos School for over 35 years. He served as a founding board member of the Association of Classical and Christian Schools (ACCS) for 25 years. After retiring from Logos School in 2017, Tom opened Heritage Arts Academy in Moscow, Idaho. In addition, he is the dean of academics for Veritas Scholars Academy. He and his wife, Julie, have four children and eleven grandchildren.