Bach to Thankfulness: Why We Study the West’s Greatest Music 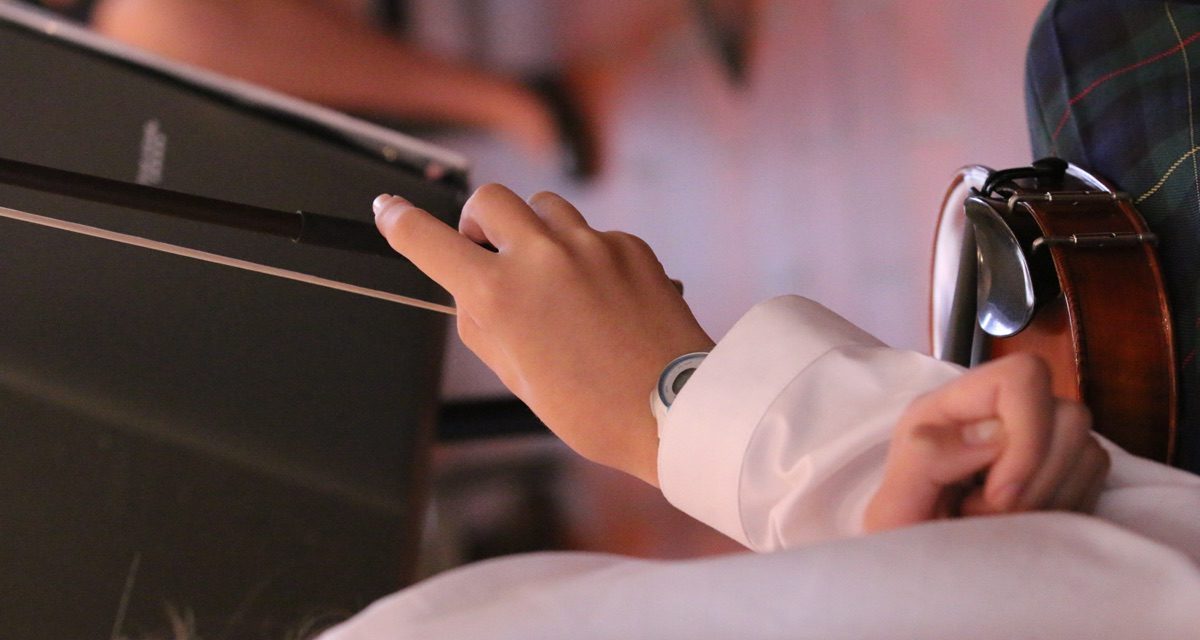 The year was 1824 when then 15-year-old Felix Mendelssohn was given by his grandmother a copy of the score of Johann Sebastian Bach’s St. Matthew Passion. Little did he know that five years later that same gift would introduce a more lasting global gift—the music of Sebastian Bach.

Bach’s music had been mostly dormant for almost 80 years before Mendelssohn’s 1829 centennial revival of it would open eyes and ears to the name of Bach. Far beyond the musical richness of Bach’s music and even Mendelssohn’s music lies a greater trait that calls to us moderns who seek to stand on the shoulders of our brothers in the faith. Bach and Mendelssohn’s lives and works provide a relevant reminder and clarion call to why we seek to train from an awareness of what has come before us.

Johann Sebastian Bach was not a household name when he died despite the fact that his family name was to music much like the name Rockefeller is to oil and Kennedy is to politics in America today. At least 10 generations of Bach’s were musicians in the territories we refer to today as Germany. The chief reason that Bach came to be a household name mirrors the reason we study the Western classics in this thing known as Classical Christian Education. That trait simply put is called thankfulness. Thankfulness builds on the understanding of what has come before, using that to move further up and in, never despising its foundation.

For example, “Now Thank We All Our God with heart and hands and voices . . .” is the opening line to that famous church hymn Nun Danket Alle Gott text by Martin Rinkart that was set to music by Johann Crüger in 1647. The story of this hymn and ones like it highlight an important facet of classical education that is not immediately apparent—thankfulness for what has come before. For many years, I’ve sung this hymn in churches and in gatherings of friends and relatives. This hymn’s call to thankfulness at face value seems simple enough. But a closer examination of it spotlights an important aspect of church music that has been forgotten by modern Christians. This hymn (like many others in the canon of church music since the Reformation) has been redeveloped and glorified into new forms ushering it to new generations of believers. Numerous composers like Bach and even Mendelssohn gave the hymn new settings, dynamics and instrumentation when such composers most certainly could have simply written altogether new music. Arguably, had Mendelssohn and Bach not glorified the hymn, it would not have experienced its widespread use in the church today.

Why would this be common practice then and not now, and why does that even matter? The short answer is individualism. For in the twilight of Bach’s life, there was a shift in thought that became the movement we know as The Enlightenment. This movement’s legacy in music and in art in general has been a steady move from what musicologist Jeremy Begbie and others have described as a ‘cosmocentric’ view to an ‘anthropocentric’ view. In simpler terms, music went from being seen, heard, understood, and composed in context of a universal harmony (or cosmic centered symphony) to being relegated to the space between the ears of the individual that hears it, a man-centered view. Music’s value is now defined by the individual that hears it, making it snobbery to suggest any greater connection to others and creation. Today, this relativism is as prominent in the areas of aesthetics and beauty as it has been in truth and goodness over past decades. Christians have come to realize the importance of God’s truth and goodness in creation. We have not been as productive in understanding the importance of rooting out relativism when it comes to how we see and understand beauty. Not only do we not see the importance of having the God of the Bible be Lord over beauty and aesthetics, but we don’t even want to speak as if beauty in music and in art are anything more than personal preference. Anyone seeking to speak as if the God that made the universe is Lord over every music note and rhythm is seen as misguided. Individual preferences and tastes rule the day.

This is not how our Christian brothers and sisters in centuries past have thought about their art. Any cursory glance at the history of the cantatas and symphonies of Western composers from the time of Bach and Vivaldi will show a deep grounding in the past which supplied their ability to move from glory to glory.

For me, it was Bach’s Ein Feste Burg (A Mighty Fortress) Cantata 80 on Luther’s famous hymn that first illustrated the fact that Bach himself received the closest thing to what we today refer to as a classical Christian education. He studied at a church school for boys in Lüneburg. He was raised in the church and trained in the scriptures. This training brought a context to writing and making music as Bach so famously signed his scores, Soli Deo Gloria. “For the glory of God” meant to Bach and other Christian composers of the West that they were writing not merely as a manner of self-expression but as a collaboration with the already faithful voices of Christians before them. If we desire to see a music revival of similar degree, Christians must look to the scriptures and give thanks. From there our schools can understand how the Lord has worked through the music of his church through the centuries, and follow this pattern to see new Bach’s and Mendelssohn’s spring forth.

Bach himself would not be known to us today if not for an attitude of thankfulness of what has come before that was so pivotally displayed by the later composer Felix Mendelssohn. Mendelssohn’s revival of Bach’s St. Matthew Passion unleashed an appreciation and reiteration of Bach’s catalog of music. Even today, his name is on everyone’s shortlist of famous composers. Bach’s chief compositional output is his church cantata and liturgical music. What surprised me as I began to listen, sing, and study Bach’s catalog was the amount of music that was based on existing song and hymn material. Arguably the greatest composer to have lived did not start from scratch. More often than not, his works were based on the works of others. This humble re-echoing is not a trait prevalent today in our Christian culture. As Christians who seek to anchor our children in the faith that has been so richly given to us, we would do well to imitate previous generations who have lived and thrived in a thankful awareness of what has come before. And I would argue that from that thankfulness some of the greatest treasures in western music have been produced.

So, why study Bach, Mendelssohn, and composers of a bygone era? It is not because we have got to find our niche in the school marketplace by going backwards, to distinguish us from the rest of the scholastic field. Why teach students to be musically literate but to sing and learn like the masters, standing on their shoulders! The life and musical lessons that composers like Bach, Handel, Vivaldi, Haydn, and Mendelssohn teach us are vast. Chiefly, for a budding educational institution like the ACCS is the ready reminder that these thrived because of their grounding in their musical history, not in spite of it. It is for that reason that classical Christian education rightly applied is rooted in the best of the past. That past is primarily the traditions of the west, where the best contributor to and keeper of the west’s culture has been the church. The most poignant, lasting music contributions have come to us from those men and women who wrote for or under the inspiration and sponsorship of the church, rooted in the Christian faith and hope. They gave thanks in a way that is all but forgotten—study, glorify and pass it on!

JARROD RICHEY is the Director of Choral Activities and Music Program Director at Geneva Academy in West Monroe, Louisiana where he teaches general music and choir. He has been active in ACCS National conferences in over the years presenting sessions and working with encouraging music teachers who seek to bring music literacy to their students. He is the author of BACH to the Future: Fostering Music Literacy Today. Jarrod and his lovely wife, Sarah, have six young choristers in training.