Back to the Books 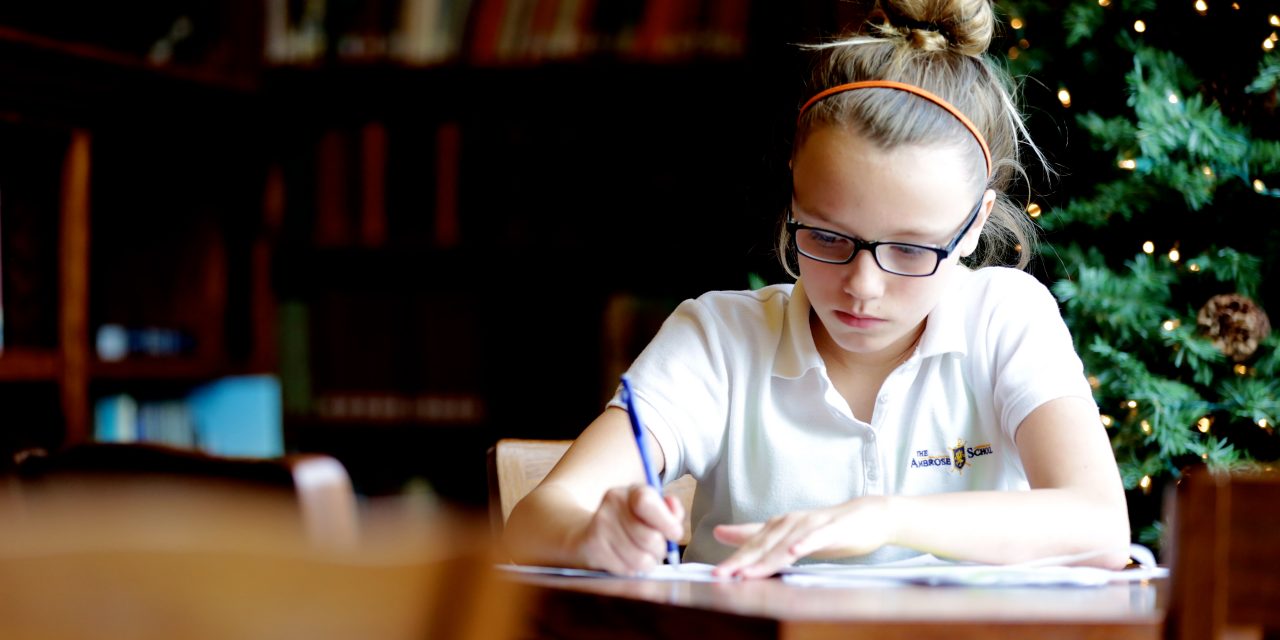 People think that stories are shaped by people. In fact, it’s the other way around. —Terry Pratchett

Appreciating the Great Books Starts with the Good Books

Anyone involved in classical education has probably heard people talk about the Great Books—the texts that helped form the foundations of Western civilization. Before they graduate, students in ACCS schools will have read many titles from that list—Hamlet, Beowulf, The Iliad, The Faerie Queene.

Familiarity with the great works of the Western canon can help young people develop a love for beautiful language, an ability to wrestle with complex themes, and a better grasp of the lives and ideas that shaped the culture they inhabit. These works are called “great” for a reason.

But with so many great books to read, and such a short time to read them, shouldn’t we consider giving them to kids sooner? These are smart elementary kids, after all. Surely if any grade schoolers could handle it, ours can?

My husband is a professor of literature who regularly enjoys the privilege of teaching great books to many classically educated students from across the country. But there is one aspect of his job that occasionally breaks his book-loving heart. It’s this: a smart student with a solid K–12 education says, “Ugh. I already read [some complex classic text] in junior high. I hate that book.”

His response is usually something like this: “Well, if you ‘read’ it in seventh grade, you didn’t really read it. A seventh grader doesn’t get to judge the great books. They judge you.”

The problem isn’t so much that a student might not love a classic work of literature. That’s to be expected. There are a lot of great books, and they can’t all be our favorite. No, the problem is that the response is both arrogant and tragic.

It is tragic because they should arrive in my husband’s literature class knowing that, when it comes to plumbing the depths of the greatest works of the Western canon, they have barely scratched the surface. Instead, the student actually believes he assessed one of the greatest works of Western civilization wisely enough—at the age of 13—to write it off forever. Been there, done that.

It’s like tasting a fine aged cheese one time in childhood, and therefore dismissing it as “stinky and gross” for the rest of your life. What a loss.

It’s true that our schools are full of bright kids receiving a first-rate education. And it’s true that Crime and Punishment is an incredible novel. But it’s also true that giving it to a fifth grader, no matter how bright, would be a mistake. To rush a fine thing is to ruin it. We do not microwave a filet mignon. No young Christian should meet Dostoevsky’s Grand Inquisitor without first having met the claws of Aslan in The Horse and His Boy. (We want our kids to engage with the problem of suffering, not be crushed by it.) Let kids first learn to appreciate the poetic structures of Robert Frost or Gerard Manley Hopkins before tackling ancient Greek epics. Give them Lamb’s Tales from Shakespeare before introducing them to King Lear himself, screaming Elizabethan curses into the storm.

The reason the great books are called great is because they withstand the test of time and reward multiple readings. Hundreds—even thousands—of years after they were written, people are still providing new insights and writing new books about them. A foundation of good books gives our kids the tools to mine for the riches in the great books, riches that are sometimes found far below the surface. ✤

HANNAH K. GRIESER is an ACCS alumna and the mother of 5 sons, including one cancer survivor. She lives in northernIdaho where, in addition to managing her family’s full schedule, she works as a writer and graphic designer. She is the author of numerous articles and of the book The Clouds Ye So Much Dread (Canon Press, 2017).