David Goodwin on Townhall: How Much Is Secularism to Blame for Support of Sanders? 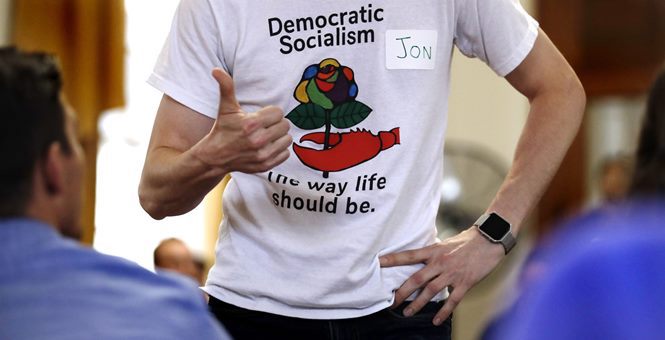 Read the article on Townhall

The results of Super Tuesday proved victorious in many ways, with Biden leaving Bernie behind in most states. However, the widespread support for Sanders remains shocking, and even in places like Texas, he narrowly lost the winning spot. The “ayes” have it; socialism seemingly isn’t going by the wayside anytime soon in our society. What are the implications of this for Americans? Further scrutiny of Sanders’ positions reveals a disturbing trend that could be coming for the country: the loss of faith.

Young people, even Christian ones, who know only the Marxist story ask, “What’s the value of church?” when really, they are wondering where their value lies. When the Church, schools and family fail to tell the Christian story to our youth, they leave the faith and follow figures like Sanders.

When one looks at the countries most idealized by Sanders, it becomes apparent that they also have the highest non-religiously affiliated populations in Europe. Belgium, the Netherlands, Norway and Sweden each average around 40% who claim to be non-religious among their general population. A 2019 study from Pew Research reported a similar trend here in the U.S. among GenZers and Millennials, with 4 in 10 between the ages of 23 and 38 now claiming no religious affiliation. This puts America on track to reflect European (non) religion and socialism as this generation ages. Without deeply seated Christian ideas, socialism will rise to fill the void.

For the young, up-and-coming generations, socialism is appealing on its surface for many reasons. Socialism speaks to those who are in the early stages of making their way in the world. It seems to bring justice.  Sanders stands on the promise of being that champion who will make life easier and “as it should be” in the eyes of a young person.  Idealism and insecurity have always been present among the young. What’s new for this generation is the story they believe about our world.

Socialism measures justice on equality-of-wealth, “social justice,” as it is called. Christianity, as a truth system, measures justice, not through wealth equality but relationships, family, integrity and the fulfillment of meaningful work. What a society measures is what it cherishes, which is what it then chases. My grandfather is an example of what it looks like for the false truths propagated by socialism to manipulate one’s ability to recognize social justice for what it is.

My grandfather raised chickens and hogs with his family on his little lot in upstate New York with outdoor plumbing. He was also an excellent father and a respected church deacon. But he considered himself to be an FDR Democrat because FDR cared about the “little guy.”

In the Marxist story told to my grandfather, he was cast as the “little guy” because he wasn’t wealthy. By contrast, from a Christian point of view, my grandfather was an honorable man with infinite significance. But, no one told him the Christian story of his worth, even though he went to the Methodist church down the way every Sunday. They quit teaching the Christian story in American schools just as he was coming of age in the progressive era. When Christianity no longer informs our story, faith becomes little more than a disconnected superstition. Young people, even Christian ones, who know only the Marxist story ask, “What’s the value of church?” when really, they are wondering where their value lies. When the Church, schools and family fail to tell the Christian story to our youth, they leave the faith and follow figures like Sanders.

Whether or not Sanders will win is not the prediction with which Christians should be most concerned right now. We should be focused on telling the older and true story to our kids about who they are and why they are here. Where America’s youth go, our population will eventually follow.

As educators and as parents, we will have to expend more resources, energy, time and love into ensuring that our youth grow up confident in what they believe in and what those beliefs imply about their identity. This is the surest solution to preventing our country from falling into faithlessness, and in the same breadth, socialism.

Read the article on Townhall