The Essenes: A Community Greater than the Sum of its Parts 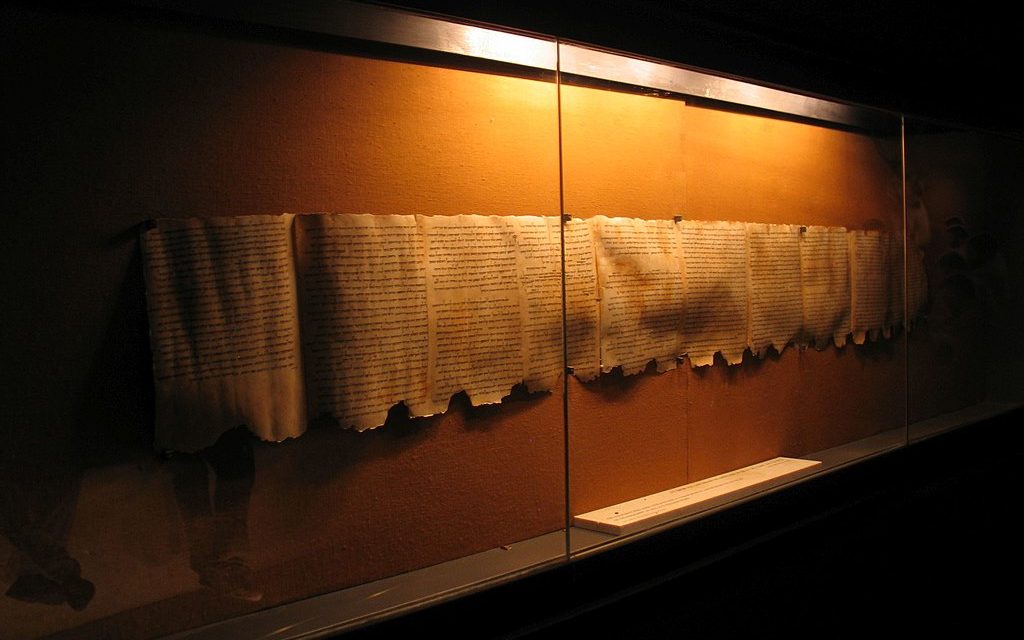 Most of what we know about the Essenes comes from the literature found at Qumran, known popularly as The Dead Sea Scrolls, and from the writings of the Jewish historian, Josephus, a Roman historian, Philo, and a few other Roman and Greek writers. The Essenes, interestingly, are not mentioned in the New Testament, or in rabbinic literature. More on this later.

The Jewish historian, Josephus, mentions three “Philosophical Schools” all of which played an influential role in Judea a little before and during the time of Christ and the early Christian church. They were the Pharisees, the Sadducees, and the Essenes.   Josephus records that the Essenes existed in large numbers, and thousands of them lived throughout Roman Judaea, but they were less numerous than the Pharisees and the Sadducees. They congregated in communal life, did not seek wealth, practiced daily bathing, and asceticism. (It appears that some of their priestly class practiced celibacy). 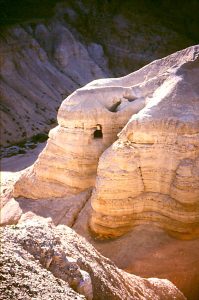 One possible explanation of why the Essenes are not mentioned in Rabbinic or Jewish literature is that the Essenes were the “separatists” of their day and did not participate in the politics of the Temple. (This also means that they would not have had as many dealings with the Romans, unlike the Pharisees and Sadducees.) This was due in part because during the Maccabean revolt, the Maccabees placed one of their relatives in the High Priest’s office, in violation of Levitical law, which specifically states that High Priests were to be taken from the line of Aaron only. Also, at one point, these usurper High Priests held the office of the ruler of Judah and the High Priesthood simultaneously, which also was forbidden in Levitical law.  Because of these violations, the Essenes refused to participate in the Temple rituals or sacrifices. It is clear that they rejected the Jerusalem Temple or at least its priesthood.

The Qumran Scrolls show us that the Essenes separated themselves from Jewish political and ritual society, and the temple at Jerusalem

because the usurper priests were following the wrong calendar, the wrong purity rules, and officiating improperly before the Lord. They, therefore, practiced ritual purity in their own community and waited for time when the true priesthood would be re-established in Jerusalem. Their communities were  surrogate temples for the Qumran separatists. 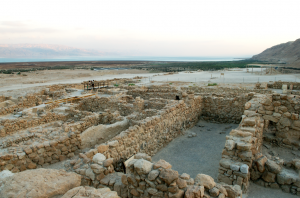 A Community of Two Parts

The Dead Sea Scrolls describe a community in two-parts–devout scholarly communities, possibly celibate, bound to each other in strict practice, and spiritual pursual–similar to a monastery, and then the broader Essene community in Judea made up of individuals, families, households, and communities, that were in the public sphere of Israel. 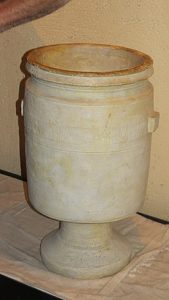 Qumran, where The Dead Sea Scrolls were found, is generally considered to be a sectarian Essene community, known to historians and scholars as the Qumran Sectarians (sectarian simply means separatist). This fact has created some circular arguments concerning the beliefs at Qumran, as their own literature, The Dead Sea Scrolls, is used in describing them. However, there is good evidence, even if somewhat circumstantial, that the Qumran Sectarians were, at least in part, Essene, probably the priestly class of Essenes that practiced celibacy. When the first scholars, who were Christians, worked on the Dead Sea Scrolls, they characterized the community as similar to a monastic community. Later Jewish archaeologists largely agreed with this characterization. You may think of them as a community of celibate scholarly priests, devoted to the study and preservation of scripture, and pursuing the same spiritual practices, while living in community.

The Qumran literature (The Dead Sea Scrolls) includes: The Damascus Document, (Zadokite fragments), The Rule of the Congregation, the Temple Scroll, and 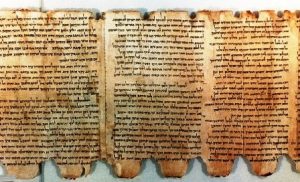 The Community Tule. The first three (The Damascus Document, The Rule of the Congregation, and The Temple Scroll) have life in the wider Judean community in mind—it has in view Essenes in cities and towns throughout Israel, not just the scholarly community at Qumran. The fourth document, The Community Rule is the most important document for the Qumran Sectarian practice, specifically for communities like the one at Qumran.

Some have argued that since the Qumran community was celibate that they could not be Essenes. However, this is not an accurate analysis because the Qumran sectarians had a positive view of sexuality.  But, perhaps that aspect of life had to be foregone for them, as the priestly class, due to a concern for ritual purity that seems to dominate the Qumran literature. The view that the Qumran Sectarians could not be Essene comes from equating the Hellenistic descriptions of the broader community of Essene practices in Judea, with the specific practices of the priestly/scholarly community at Qumran.

Shared practices between the Essenes, John the Baptist, Christ and the Early Christians

We have no written sources that tell us directly how broad the Essenes’ influence on the larger Judean culture of their day was. But, as Stephen J. Pfann said, “we can establish links between them in thought, practice, geography, and era.”

One of the most significant similarities between the Essenes, John the Baptist, and the early Christians was in their practice of baptism. The Essenes practiced baptism

as did other sects of Judaism, but with two differences: The Essenes said that acts of worship and ritual, including baptism, must be carried out “by those whose hearts have been circumcised and whose spirits have been endowed with the attributes of the Holy Spirit” (1QS III 7–10). Their emphasis was on the heart of the believer which is echoed by both John the Baptist (“And they were baptized by him in the river Jordan, confessing their sins” Matthew 3:6; Mark 1:5b) and the early Christians (“You must confess with your lips and believe in your heart”  Romans 10:9).  The Essenes taught that without the right heart condition ritual and immersion was ineffective. Right heart condition was evidenced by “turning from evil and disobedience to the road of obedience to God’s commandments, which included proper conduct toward your neighbor” ((1QS I 9–10; IV 2–6).  Secondly, baptism was practiced as the initiation ceremony into the Essene community, this is also the pattern for new believers in both the Gospels and Acts of the Apostles. It was a ritual that was done to signify the initiation of a covenant relationship.

Shared beliefs between the Essenes and early Christians

The Essenes, as a Jewish religious sect, disappeared from history around AD 70, after the destruction of Jerusalem. There were many who believed in Israel after the resurrection of Christ, and it would not be surprising that many of those were of the Essene sect. The devotion to scripture, accountability to one another, and pursual of the same spiritual goals are something that you see mirrored throughout covenant Christian communities in history. Not because the Essenes were so extraordinary (they were in many ways) but because it was built on love of God, His scripture, and love toward one another.

Again, it must be noted that we do not have literature from the New Testament era that confirms the influence between the Essenes and the early Christians. What we do know though, is that they were in the same geography, shared many of the same truths, they read the same Scripture, they shared similar practices, they lived in the same time period.  We look forward to more light being shed on this in the future as researchers and scholars dig deeper.

Sources and further reading on the Essenes