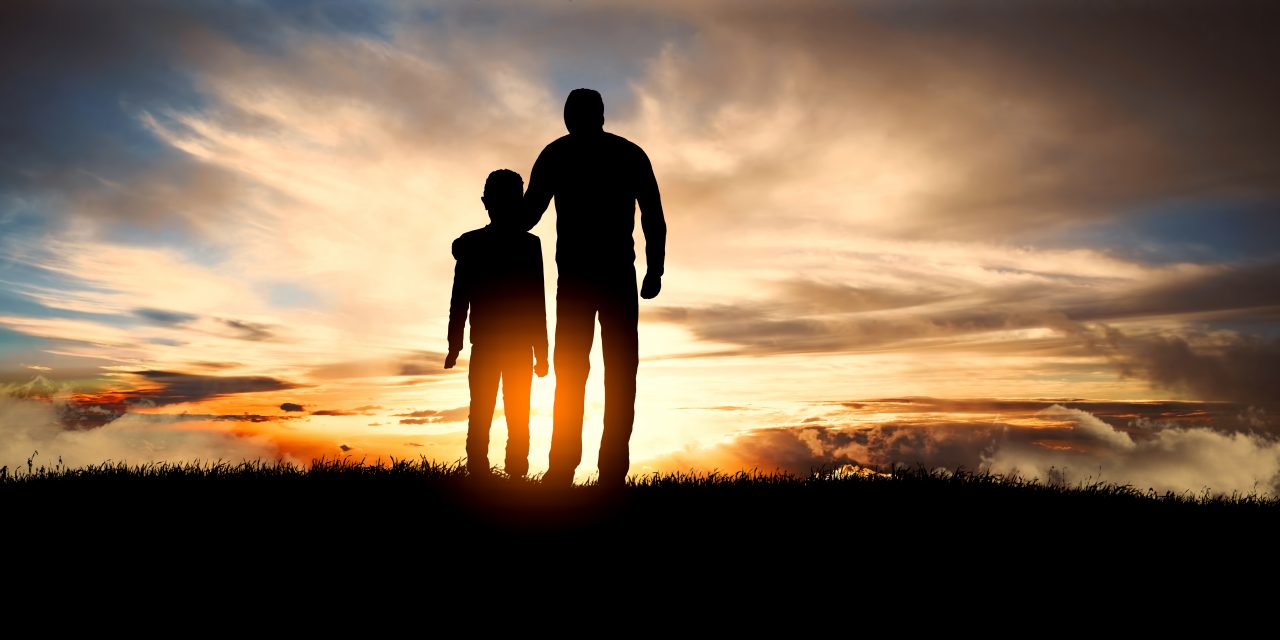 Every family has a story. I’m not talking about that funny story from vacation last year, or from that quirky uncle in the family tree. I’m talking about a narrative that underlies what your children believe—and what you believe—about everything. If our “worldview” is how we think about our world, our “world-story” provides the context through which we understand things. From the youngest ages, our children build a story-tree on which they hang the things they learn.

The story undergirding every Christian home should be a continuation of the biblical narrative. We can see an example of the importance of “narrative” when Jesus asks what stories people are telling about him in Matthew 16. The disciples answer, “Some say John the Baptist, others say Elijah, and others Jeremiah or one of the prophets.” Jesus then asks them what story the disciples believe. “You are the Christ,” says Peter, “the Son of the living God.” Everyone saw the same Jesus. They had the same set of facts. Jesus healed in front of them. He preached in front of them. He prophesied in front of them. For many, their story—and thus their imagination—could only see the Messiah as a politically powerful leader. Some Pharisees believed Jesus was a demon. Yet, he was, in fact, their long-awaited messiah. Stories offer powerful persuasion.

Christians, sadly, are succumbing to a world-story that comes not from Christianity, but from our post-Christian culture. This revised story has new heroes, with Christ and his followers as the antagonists.

A Nazarene university near me recently changed their mascot from the Crusaders to the Nighthawks after 100 years. The university bought into the revisionist story that vilifies Christianity. This is an ironic, though all-too-common, situation. Our culture portrays crusaders as a brutal, xenophobic group of Western Europeans who swept into the indigenous lands of the Palestinians to seize Jerusalem and the surrounding lands out of a quest for power and wealth. Many Christian colleges play along, so they can be accepted. 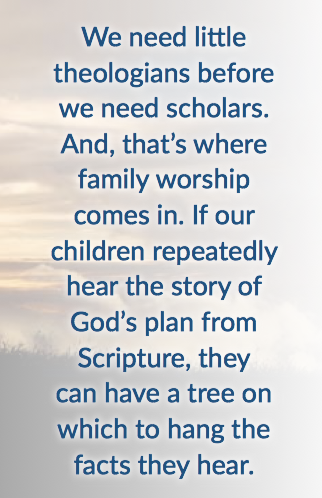 A hundred years ago when their mascot was presumably selected, the prevailing cultural story asserted that the Crusades represented Christian resolve to liberate the Holy Land and push back Muslim conquerers who brutally threatened all of Europe militarily. Without those actions the nations of the northern Mediterranean from Greece to Spain, and possibly further north, would likely be as unstable, dictatorial, and tumultuous as the Middle East and North Africa are today. People believed that version of the story as fervently as many believe today’s. This historical view does not excuse instances of brutality by individuals, but it does contextualize it.

While ACCS schools can help to restore a Christian historical narrative, more important groundwork can be laid at home. This groundwork begins in a theological story.

Families play a vital role when they teach their children to understand the world biblically and theologically.We need little theologians before we need scholars. And, that’s where family worship comes in. If our children repeatedly hear the story of God’s plan from Scripture, they can have a tree on which to hang the facts they hear. We don’t need to couch every discussion in current events. Repeated exposure to the stories of Scripture will do the trick.

The biblical narrative is complicated—more like “Moby Dick” than “Dick and Jane.” Why are heroes 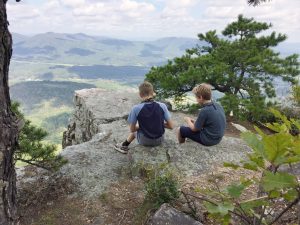 like David so flawed? Why does God seem to change his mind? Why are God’s chosen people so prone to wander? Why does God order the destruction of the Canaanites? The stories in Scripture are not meant to stand alone. They weave into a meta-narrative that spans millennia. Family worship gives parents the chance to fit the story God tells into a theological narrative, day after day, throughout the growing-up years. If theology isn’t your thing, you can get help from a variety of catechisms, or from the Family Worship Bible Guide highlighted in this issue.

In Deuteronomy 6, God instructs parents to tell the story of God’s kindness toward the tribes of Israel. Classical Christian education can strengthen and deepen the Christian narrative if it is already present in the home, but rarely can it counteract the gale force winds of the culture alone. To get your money’s worth out of your classical Christian school, my advice is to spend a little less time on homework and a little more on family worship. By telling God’s story, over and over, we can inoculate our children to the virulent ideas of this present age. 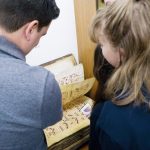 NOTE:  MORE SO THAN IN OTHER CULTURES, Christianity and the Western tradition holds high the concept of Truth, as arrived at by facts and reason and distilled through the free exchange of ideas and civil discourse—the Great Conversation. For this reason, when we look at the Crusades or slavery or other histories, we do not need to arrange every fact to fit our own “perfect” narrative. Because we believe God is sovereign, the Western tradition believes the True story should be found and told—it’s God’s story, after all. Rewriting the narrative to hide Christian failings would be inconsistent with Christian theology.

A new historical meta-narrative has recently emerged as the “go to” curriculum for today’s public schools. It’s called the 1619 Project. Originally published in the New York Times, this narrative is now influencing the story told in many American classrooms. It recasts all of America’s history in the context of slavery and a narrative of “institutional racism.” Scholars, many of them ideologically left-leaning progressives, have challenged the narrative of the project because the facts don’t bear it out. Nonetheless, our children will grow up in a world that tells this “alternate history.” Many educators today believe that historical facts are less important than promoting a social agenda. We see the results of this worldview in classrooms that require textbooks rather than original sources, and employ lectures rather than Socratic discussion. We believe that only with a true education can our future citizens promote and flourish in a free and good society. Only by teaching them Truth can they learn to recognize and abhor—falsehood.