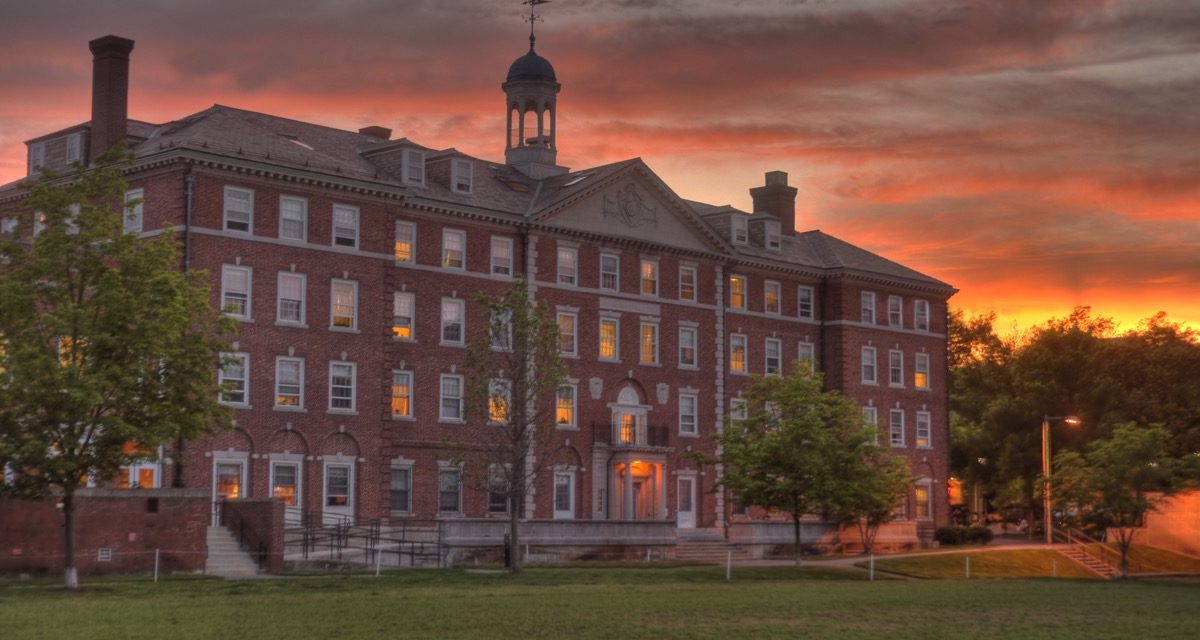 If a high school student asked you to recommend a college where the Bible is faithfully taught, Christian moral principles are held in high esteem, and knowledge of God is understood to be the foundation of all knowledge, what would you suggest? A number of colleges may come to mind, but it is highly unlikely you would rank Harvard at the top of your list. Harvard may be our nation’s oldest and most prestigious institution of higher learning, but its philosophical outlook is as secular as you get. Many people do not realize, however, that the school used to be much different. In fact, the principles on which Harvard was founded were thoroughly biblical, and any Christian school today would do well to look back at them for guidance and inspiration.

In 1630, a decade after the Pilgrims stepped off the Mayflower, a large group of Puritans, led by John Winthrop, arrived in the New World. Their first task was a monumental one: staying alive long enough to build a civilization from scratch. Although this feat demanded many hard and grueling years, the Puritans quickly determined that their greatest needs were not material but spiritual and intellectual. They had, after all, fled a country that had no place for them due to serious and seemingly insurmountable religious disagreements. If they were to succeed at founding a colony in the New World that could prosper and experience God’s blessings, then there was no time to waste in founding what they knew to be one of society’s most important institutions: godly schools. One Puritan wrote:

After God had carried us safe to New England, and we had builded our houses, provided necessaries for our livelihood, reared convenient places for God’s worship, and settled the civil government, one of the next things we longed for and looked after was to advance learning and perpetuate it to posterity. (England’s First Fruits, 1643)

The Puritans consequently founded a number of schools for all ages, including America’s first institution of higher learning, Harvard College. A couple of generations later, Puritan minister Cotton Mather looked back at Harvard’s founding—which occurred a mere six years after these Puritans came to America—and called it “the best thing that ever New England thought upon.”

What would it have been like to study at Harvard in the 1600s? The curriculum included a variety of subjects, including the Greek and Roman classics, foreign languages, and “natural philosophy” (what we now call science). Harvard students encountered the liberal arts tradition of the trivium (grammar, logic, and rhetoric) and the quadrivium (arithmetic, geometry, music, and astronomy). Most importantly, at the heart of Harvard’s curriculum was the study of theology. Then called the “Queen of the Sciences,” the study of God’s Word was considered the most crucial and elevated of all possible subjects.

For these Puritans, teaching from a Christian perspective did not mean occasionally throwing a few Bible verses into their studies once in a while. Their understanding of and commitment to Christian pedagogy went deep. In Harvard’s founding documents they declared:

Let every student be plainly instructed and earnestly pressed to consider well the main end of his life and studies is to know God and Jesus Christ which is eternal life, John 17:3, and therefore to lay Christ in the bottom, as the only foundation of all sound knowledge and learning.

What a philosophy of education! Schools today may boast about teaching “critical thinking skills” or “boosting students’ self-esteem.” But such goals, in all honesty, sound simply trite in comparison to the goal of finding meaning, purpose, and understanding through knowing the Creator of the universe who made us and loves us.

There is much in this statement that is every bit as relevant today as it was nearly four hundred years ago, and which parents, teachers, and students would benefit from remembering. Here are just three:

First, the Puritans acknowledged that the goal of our studies is one and the same as the goal of our lives. How often do we make the mistake of divorcing our schooling from reality? Have you ever heard (or said) something to the effect of, “Well, this is school, but out in the real world…”? How many of our students realize that what we are doing in our classroom today is in fact preparing them for life, not just next Tuesday’s test? The more we can assure and communicate that the goal of schooling coincides with the goal of life itself, the better students will take in what we have to say and find significance in what we do.

“…is to know God and Jesus Christ which is eternal life…”

“…and therefore to lay Christ in the bottom, as the only foundation of all sound knowledge and learning.”

Third, this purpose is realized not only in Bible classes, but in all classes. While students at Harvard studied the Bible every day, and were expected to “give an account of their proficiency therein,” they were also taught that their education in its entirety was about knowing God. When they translated Cicero from Latin, or studied Aristotelian physics, or read the writings of Renaissance scholars, they were coming to know the world God had made and the story he is telling. Even in these courses, they were coming to know God.

Our own students may or may not be training to be ministers, as were the earliest students at Harvard. Yet the Puritans’ view of education is for everyone, and it is as relevant today as it has ever been. You would be hard-pressed to find this vision of education at Harvard today, but you can find it living on in classical and Christian schools across the country.

May Jesus Christ lay at the foundation of our own program of study, and may our students come to know Him better through the entire range of their academic pursuits. May each of them, as did Harvard’s first students, “consider well the main end of his life and studies is to know God and Jesus Christ which is eternal life, and therefore to lay Christ in the bottom, as the only foundation of all sound knowledge and learning.”

Note: For much more on the Puritans and their views on education, as well as what we can learn from them today, see chapter nine of Leland Ryken’s Worldly Saints: The Puritans as They Really Were (1986).