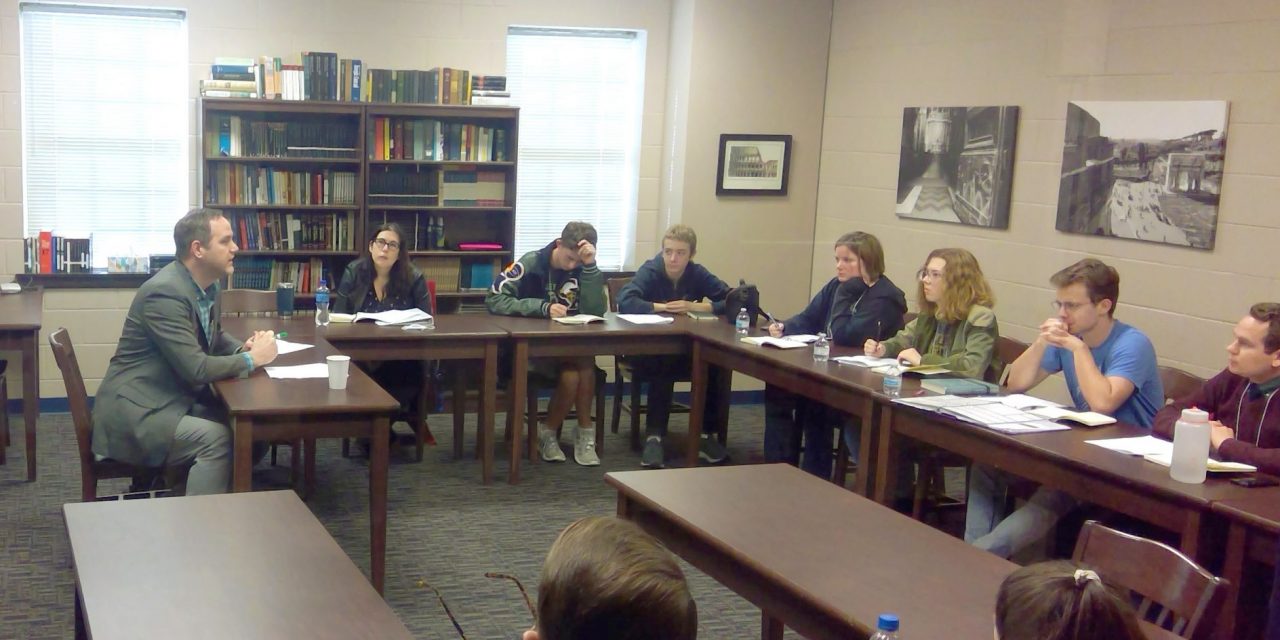 “WE WILL NOT LONG PRESERVE THE GOSPEL
WITHOUT THE LANGUAGES.”
— Martin Luther

Would you like information about hosting a similar event at your school? Email info@latinperdiem.com for more information.

Classical students and teachers from four states joined together this January to engage in wonderful conversation. Latin and Greek immersion experiences gather people from around the world to keep the ancient languages alive, bolster proficiency and appreciation, and train scholars to read and translate ancient original manuscripts. Hosted by Covenant 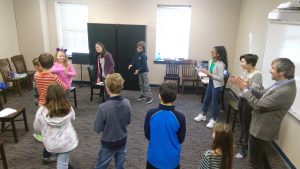 Classical School in Fort Worth, TX, these classical schools banded together to make the same sort of opportunity available to their students locally through BIDUUM IV (BIDUUM: Latin for “two days”), a two-day language immersion event for students, teachers, and parents.

For younger students, the days were filled with short lessons in speaking followed by games carefully designed to loosen 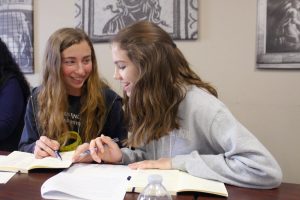 their Latin tongues. Praeceptor (instructor) Jillian Noe explained that young students’ eagerness and lack of inhibitions serve as a great advantage. “If you don’t tell them something is too hard, they just go with it.”

The hallways were filled with laughter as participants enjoyed games, riddles, ancient fables, and excellent prose on the theme of De Amicitia (Concerning Friendship). When asked about his favorite part of the weekend, eight year-old William smiled, “I don’t know, it’s all really fun!”

While the older students (grades 7–12) also enjoyed some game time, many lessons were centered on reading fables and prose in Latin or Greek and discussing these works (in Latin or Greek, of course). Nathaniel, an 11th grade student in the Greek track, shared, “As we progressed, we reached a level where we could cooperate in explaining what a word meant through other Greek words, rather than defaulting to English translation.” Many students expressed surprise at how much they could really understand and how quickly they adapted. 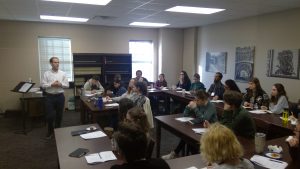 For head praeceptor Dr. David Noe of Calvin University, an alumnus of the Conventiculum Lexintoniense, the impetus for creating BIDUUM came from his own desire for more opportunities to practice speaking Latin.

Perhaps the greatest benefit, however, is in students of classical Christian schools, age 8 to 48, coming together to engage in the language amicitiae,

, of friendship — truly beautiful in any language.

Latin is the language in which the most sophisticated thoughts of the Western world were expressed, and studying it allows learners to get a better grasp of their own present and thus gain a more profound understanding of manifold aspects of our lives and culture. — University of Kentucky

Would you like information about hosting a similar event at your school? Email: info@latinperdiem.com

“Latin is the language in which the most sophisticated thoughts of the western world were expressed, and studying it allows learners to get a better grasp of their own present and thus gain a more profound understanding of manifold aspects of our lives and culture.” — University of Kentucky Read more“In order to make the informed choices for the best future available to Americans, one must sometimes seek knowledge from the past. For centuries all young people who attended schools, or those who were privately educated, followed a liberal arts curriculum, with particular emphasis on the Latin language. The reasoning was that an educated person must be aware of the past to make judgments about the future and must have the intellectual means, now called critical and creative thinking skills, to make those judgments.” — Alice K. DeVane, Efficacy of Latin Studies in the Information Age

“T H E   S T U D Y   of an inflected language with a very different sentence structure than English is an excellent introduction to how languages work. …The study of Latin also provides training in logical thinking, boosting cognitive processes essential for math, science, and engineering. Latin has been said to cultivate such mental processes as alertness, attention to detail, memory, logic, and critical reasoning. Not surprisingly, Latin boosts SAT and GRE scores (out of 270 fields, “Classics” scored the highest mean Verbal GRE).” — University of Illinois Read more

The Classical Difference Blog:   Of What Value is a Dead Language?